Hyundai’s Ott Tanak has opened up a healthy Rally Sardinia lead over M-Sport's Craig Breen after an eventual Saturday morning, headlined by crashes for Esapekka Lappi and Thierry Neuville. 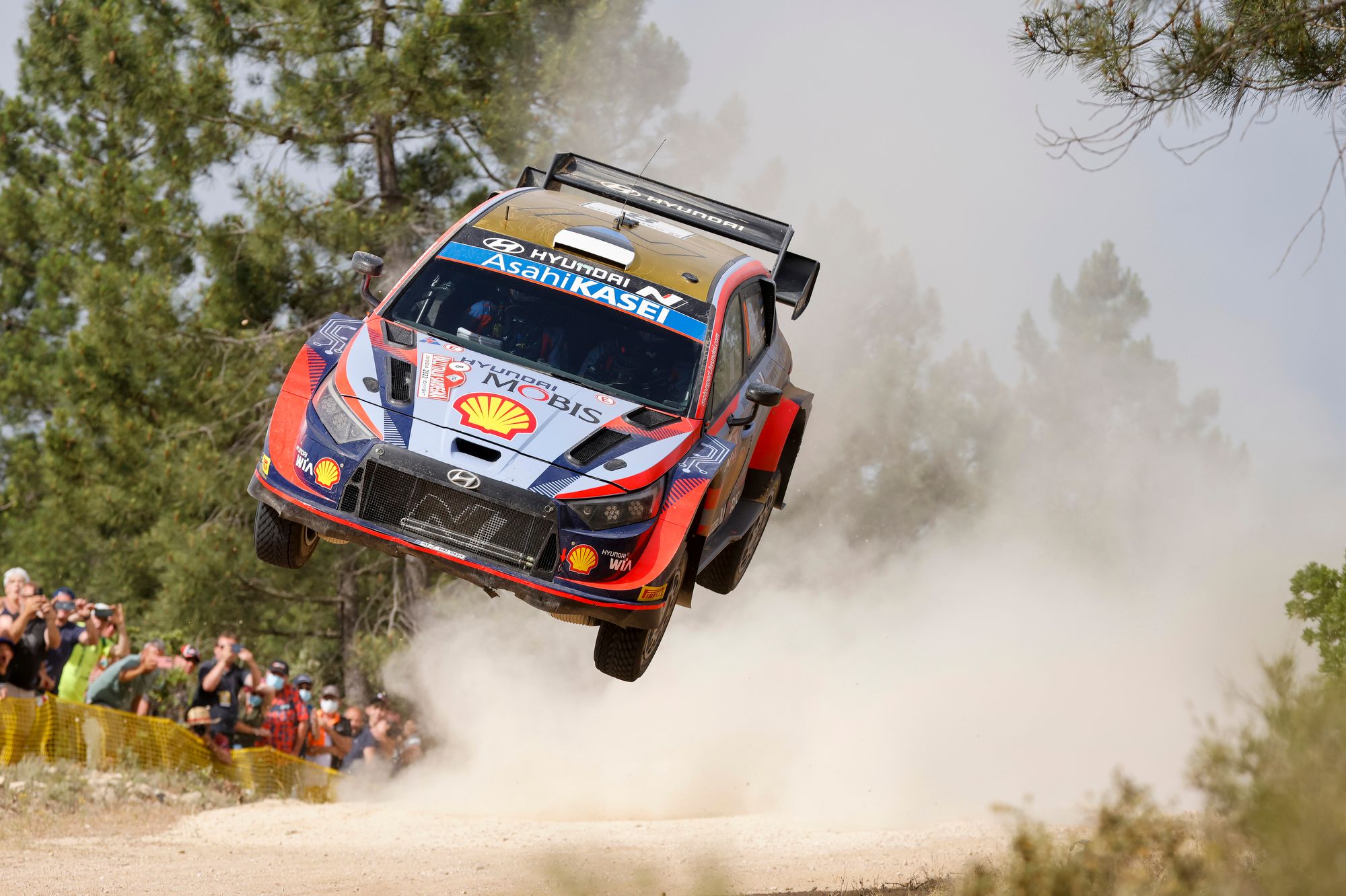 Tanak claimed three of the four morning stages to build a 30.9s margin over Breen as the pair benefited from Lappi crashing out of the lead on the morning’s first stage.

Hyundai’s Dani Sordo moved into third, with the Spaniard 14s ahead of M-Sport’s Pierre-Louis Loubet, who lost third to a tyre issue, while Adrien Fourmaux was fifth.

Championship leader Kalle Rovanpera continued to struggle on the gravel roads and ended the morning in sixth, more than two minutes away from the lead.

Neuville’s hopes of salvaging points came to an end after a roll on Stage 12, resulting in a retirement.

An extremely hot morning began with drama as overnight rally leader Lappi crashed out on the opening stage of the day.

The Toyota driver hit a compression that pushed the car into a rock face and a series of impacts to the rear of the car followed, resulting in the left-rear wheel and suspension being ripped from the GR Yaris.

Lappi’s retirement handed Tanak the lead and it was an advantage the Estonian made the most of as he won Stage 11 by 6.7s from Breen, who moved to second overall.

Neuville mounted a charge up the leaderboard by setting the third-fastest time despite being third on the road. The effort came despite coming across a dog in the stage that required the Belgian to briefly stop.

Neuville’s Hyundai teammate Sordo leapt to third overall after taking advantage of an issue for Loubet, who saw his front-right tyre come off the rim towards the end of the stage.

Tanak continued his charge by winning Stage 11 to extend his lead over Breen to 31.8s as the Irishman lost ground to a charging Sordo, who pumped in the third fastest time.

Hyundai enjoyed a 1-2-3 on the stage as Neuville emerged as Tanak’s nearest rival on the stage, just 3.3s shy.

Rovanpera showed signs of improved pace to emerge fourth-fastest having struggled for grip on the loose stages.

After suffering tyre issue on the previous test, Loubet lost more time with an overshoot at a right hander, but remained in a comfortable fourth overall.

The third stage of the loop provided another blow for Neuville as the Belgian’s mini resurgence came to an abrupt halt when he rolled his i20 N on Stage 12.

Neuville clipped his left rear on a rock which flipped the car upside down. Aided by co-driver Martijn Wydaeghe, the pair righted the car and continued briefly before exiting the stage with steam pouring out of the engine.

The stage was claimed by Breen, his second stage win of the season, as he clawed two seconds back from leader Tanak.

Loubet emerged third-fastest to move to within 6.5s of Sordo in the battle for third. The latter appeared to work on his car at the stage end.

Tanak completed a dominant morning by taking the Stage 13 honours by 0.8s from Sordo, who had to deal with a flapping bonnet on his i20 N.

Rovanpera’s struggles were highlighted by a rare half-spin as the Finn battled his GR Yaris to eighth-fastest on the stage.

“I have been struggling the whole weekend in these kinds of slow places,” said Rovanpera.

Crews will tackle four more stages this afternoon after a brief re-group and tyre fitting zone.