Yesterday the first race of the WEC Bahrain Double Header took place in hot sunny conditions, the 4 classes of a big 31 car field raced a long hard 6 hours for glory and points  having been more than 2 months since the last race, the Le Mans 24 Hours in August.

The first event, the Bahrain 6 Hours, resulted in another Toyota 1-2, the third double of the Japanese manufacturer this season and with that they secured the Hypercar team title. The Alpine #36 fiinished for the 5th time out of 5 on the overall podium. The #7 won for a 3rd time in a row with Mike Conway, Kamui Kobayashi and José María Lopez behind the wheel. The #7 is clearly favourite for taking the title next weekend, which would be, for all 3 drivers, a second championship win in the series. 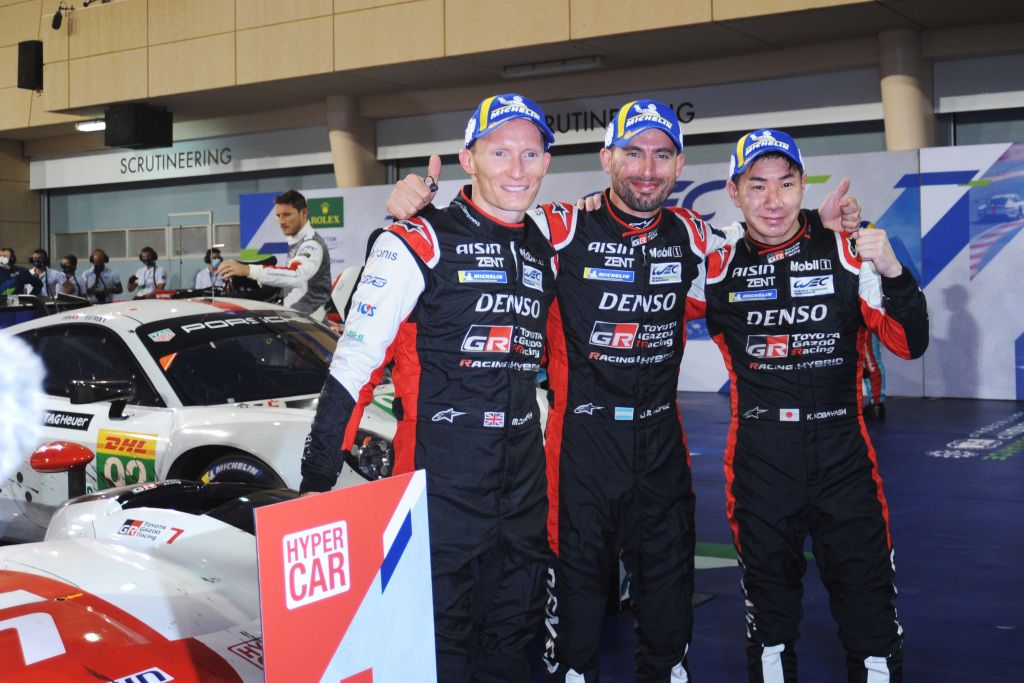 In LMP2 the win went to the #31 Team WRT with Robin Frijns, Ferdinand Habsburg and Charles Milesi driving. After winning in Le Mans, it Is a second win in a row and a third podium of the season for the trio of the Belgian Team. As usual the fight for the podium places in LMP2 was a very close fight but after 6  Hours and 180 laps only 4 cars finished on the same lap with the 2 JOTA’s joining Team WRT on the podium.  For the #28 JOTA of Sean Gelael, Stoffel Vandoorne and Tom Blomqvist is their 4th podium of the season but they haven’t won yet, while their teammates the #38 of Roberto González, Antonio Felix da Costa and Anthony Davidson have 3 podiums but have only won at Portimão. 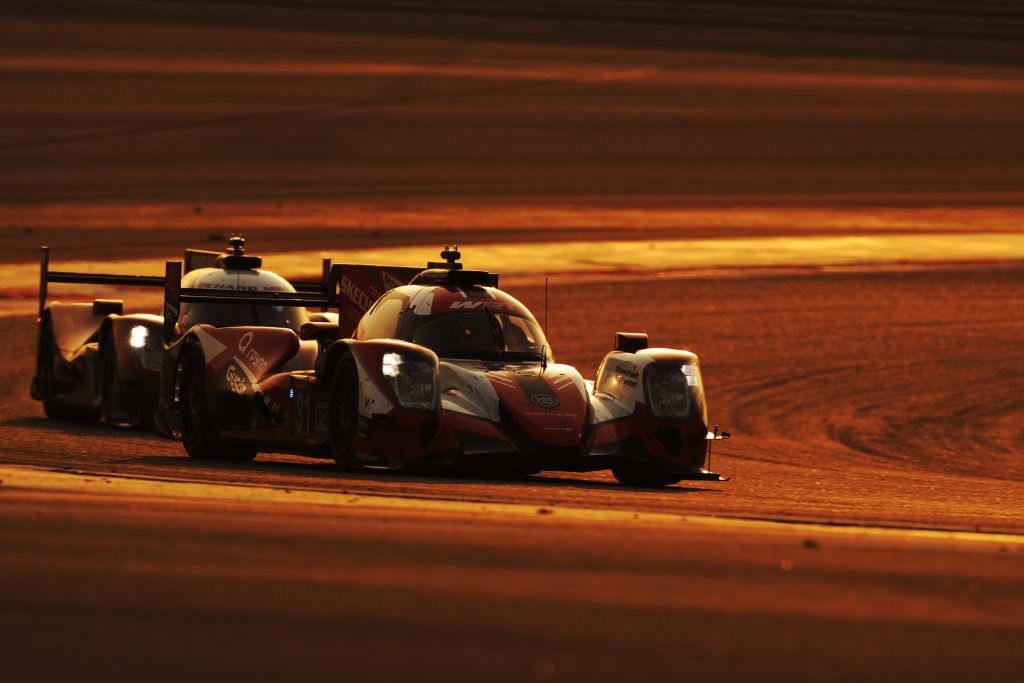 In GTE Pro the Ferrari’s of AF Corse didn’t have an answer to the pace of the factory Porsche’s. It was a Porsche 1-2 with the #92 of Kevin Estre and Neel Jani just ahead of the #91 of Gianmaria Bruni and Richard Lietz. For Estre and Jani it’s their third class victory of the season and their 4th podium finish in a row, teammates Bruni  and Lietz managed have only finished twice on the podium. Alessandro Pier Guidi and James Calado who finished 3rd in the #51 Ferrari also finished 4 times in a row on the podium, their win in Le Mans give them now only 1 point advantage in the standings over Estre and Jani. 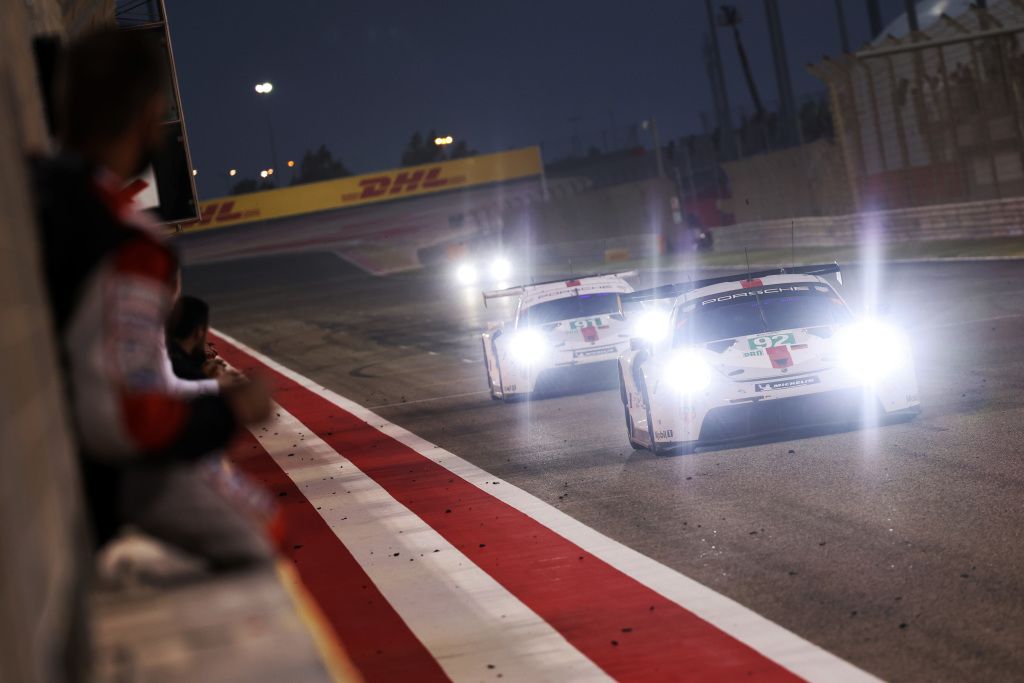 Ferrari’s winning streak in the LMGTE Am class came to end, fierces battles all the way to the end of the 6 Hours saw the Aston Martin #33 of TF Sport winning the race with Ben Keating, Dylan Pereira and Felipe Fraga at the wheel. They held off two porsche’s, the #77 Dempsey-Proton Racing and #56 Team Project 1 with a margin of 5.553s and 8.663s when the chequered flag was waved. For TF Sport it’s their first win and their third podium of the season. For the Dempsey-Proton #77 it’s their first podium of the year, while the #56 Team Project 1 Porsche also finished second in class at Portimão. The #83 AF Corse Ferrari of François Perrodo, Nicklas Nielsen and Alessio Rovera who were the favourites after winning 3 previous rounds finished fifth althouhg on the same lap ofor the winners. 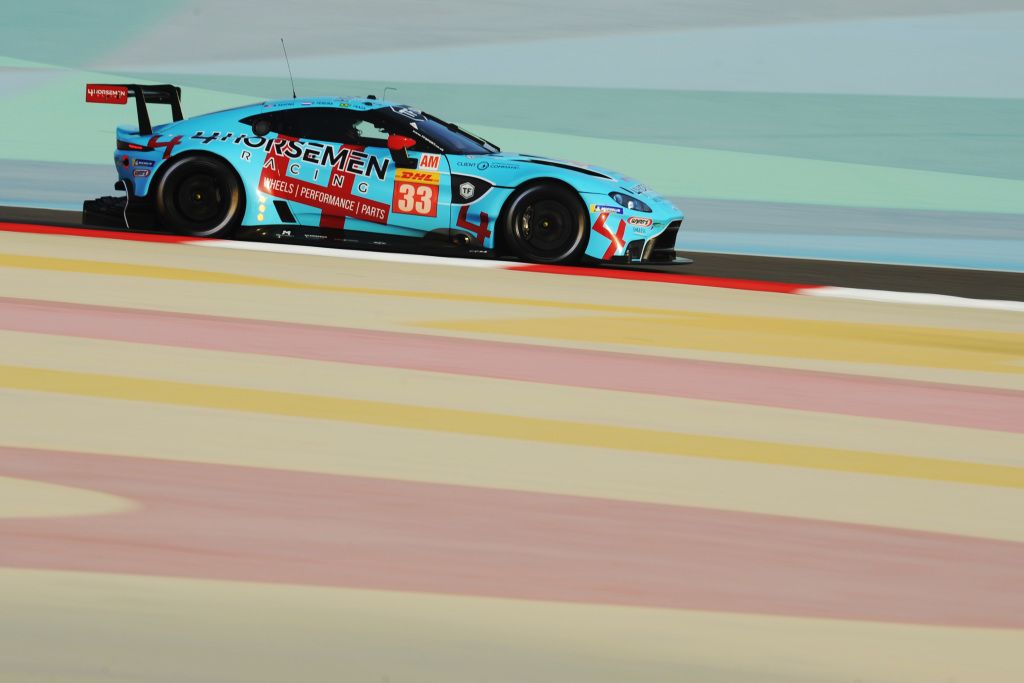