Van Gisbergen unsure of "rude" Waters penalty
By Andrew van Leeuwen
May 02, 2022 at 6:00 AM
by: motorsport network
Supercars Championshipnews

Shane van Gisbergen says he felt sorry for rival Cam Waters for the "rude" penalty that took him out of contention for a race win in Perth yesterday. 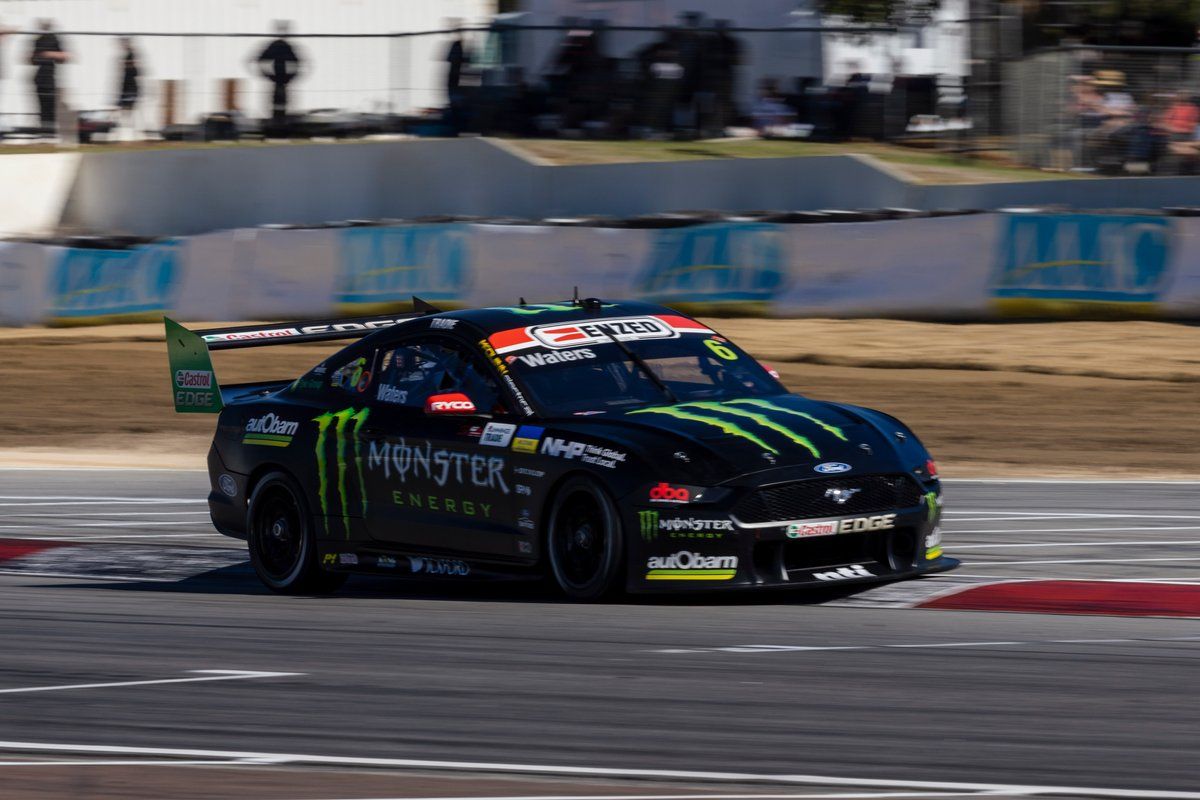 Waters was battling with Will Davison for the race lead in the second of three sprint races at Wanneroo Raceway when the pair came to blows at the final corner.

It started with a bold dive from Davison down the inside of Waters at Turn 7, Waters then opting to run up onto the old pit entry and around the exit kerb to retain the lead.

Officials swiftly deemed that to be outside the rules, handing Waters a five-second time penalty for, "gaining a lasting advantage upon re-entering the race track".

A subsequent safety car late in the race meant Waters didn't just miss out on the win but was dumped back to fourth in the final standings.

Both Waters and his Tickford team were furious with the penalty, with team boss Tim Edwards claiming it was "bullshit".

Speaking after his Race 3 win later in the day, van Gisbergen came to Waters' defence – to some extent.

The Kiwi said he was impressed by Davison's move, but argued that a time penalty was the wrong decision from race control.

He said a redress would have been a better option, with Davison being rewarded for his pass and Waters still able to fight for the lead, or at least second place.

"I complimented [Davison] on his pass on Waters," said van Gisbergen. "It was an awesome divebomb.

"I was a little critical of the officials consistency, though. I did feel for Cam. They could have maybe redressed it straight away, not done what they did. That was pretty rude, I thought."

Waters' teammate James Courtney agreed with van Gisbergen: "I feel for Cam. I feel that it could have been sorted out a bit nicer, I felt the penalty didn't match the crime. But in the end it is what it is."

Davison wouldn't be drawn on the severity of the penalty, instead focussing on how he felt he deserved to end up with the lead based on both his passing move, and Waters' decision to use the old pit apron.

“Someone passes you, you get off the brakes and run the speed in, and run around the back of the kerb.

“It isn’t classified as the race track. As we all know in qualifying, you can’t start a lap there or finish one.”

“I saw when he cleared the brake and turned in with big speed, I knew what he was trying to do. You would try; but the rule is pretty clear… you can’t do that.

“It was weird. You don’t want to cross the line in second spot.

“I feel like I put a good aggressive move on and deserved the position.”

More:Supercars Championship, 2022 Bunnings Trade Perth SuperNight
May 02, 2022 at 6:00 AM
by: motorsport network
latest news
all news