Dunlop happy with Supercars tyre rule despite criticism
By Andrew van Leeuwen
Jun 22, 2022 at 6:00 AM
by: motorsport network
Supercars Championshipnews

Dunlop is satisfied with the outcome of its increased minimum tyre pressure limit despite some criticism from Supercars drivers. 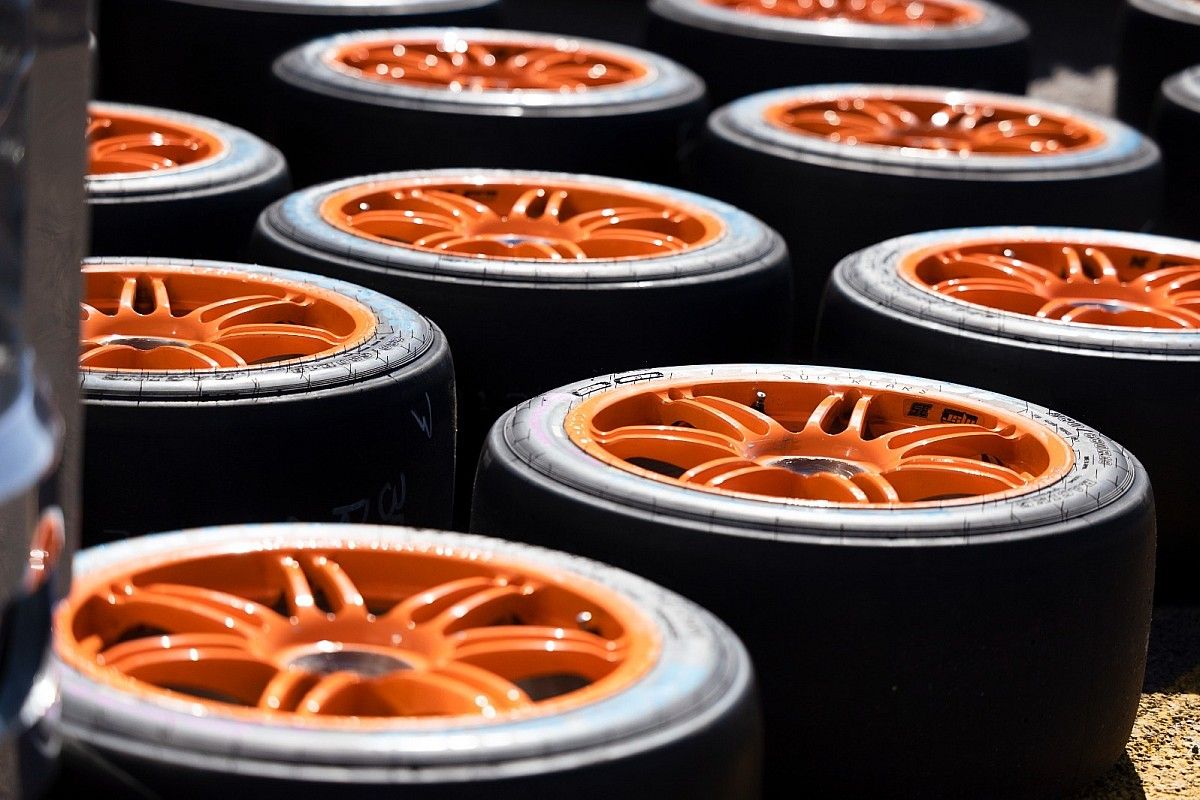 The series is experimenting with higher minimum pressures across the northern swing, which started in Darwin last weekend.

There the minimum was 20 psi, up from the standard 17 psi, with all running taking place on the super soft compound.

The idea of the increase was to both build in a safety margin for sidewall stress, based on some data from Winton last month, and help promote more degradation.

The raise in minimum pressure drew some criticism from drivers in Darwin, who found that the issue of high front tyre temps when trying to follow other cars was exacerbated by the higher starting point.

The effect that had on overtaking was highlighted in the final race when Anton De Pasquale couldn't get by Chaz Mostert despite being at a significant tyre advantage.

However Dunlop's Supercars boss Kevin Fitzsimons reckons, despite the protests from drivers, the racing pressures weren't significantly different from the 17 psi starting point.

"I thought the racing was pretty good," he told Motorsport.com.

"The chat on Friday, everyone was a bit nervous. Race-wise, people were worried that the pressures were going to blow totally out of control. But they stabilised to not much different to where they normally are, the 27, 28 psi mark.

"That is about borderline with where I thought it would be. It's usually eight to 10 pounds.

"So all in all I didn't think it was too bad. The guys were concerned that everyone would be slipping and sliding everywhere, but the grip seemed to hang in there for 18, 20, 22 laps. The grip was still pretty darned good."

While there was talk the 20 psi would be used for Townsville as well, as it stands it will be dropped to 19 psi for what will be a split compound event.

That minimum will apply to both the four sets of hard compound tyres and two sets of super soft tyres available to them from Saturday qualifying onwards.

The use of the super soft tyres is limited to the races, with one set required for each of the two 250-kilometres heats.

According to Fitzsimons, a higher-than-usual minimum pressure for the super soft is likely to stay given those mild concerns over sidewall flexing.

"I think with the super soft, yeah," he said. "The grip is there. The construction is the same between all three compounds.

"It's just to take the loading off the nylon and rayon in the sidewall. When it gets extremely stressed with lots of flexing it stretches, so you get s very wavy pattern in the sidewall of the tyre.

"It's not a catastrophe about to happen or anything, but it's clearly stressing the sidewall of the tyre. So we've put a bit more of a window in there to take the flex out.

"The racing is still good, it's not hurting the performance of the tyre. It's a no brainer."

More:Supercars Championship
Jun 22, 2022 at 6:00 AM
by: motorsport network
latest news
all news