Shane van Gisbergen ended the Friday running for the Darwin Triple Crown as the pacesetter. 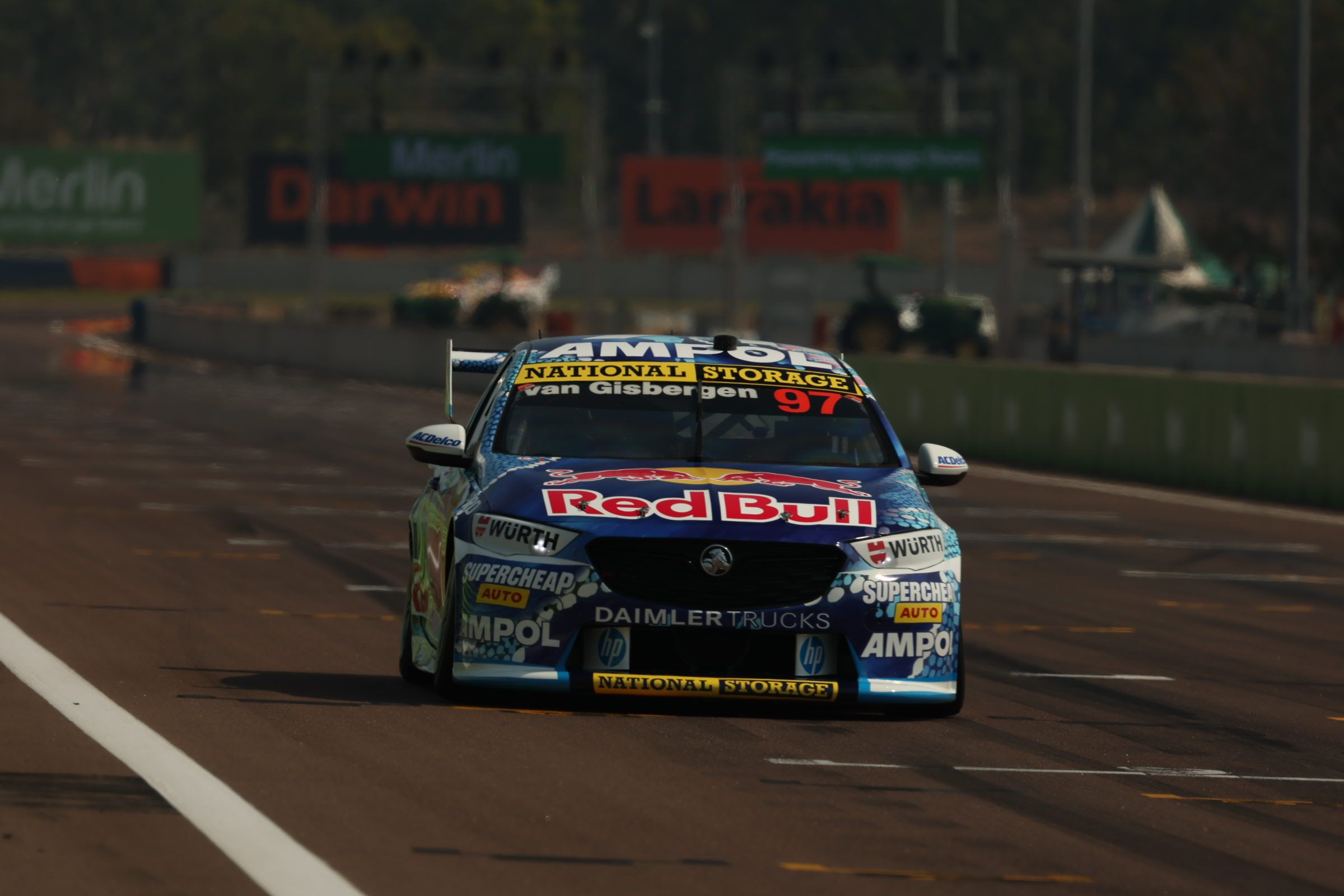 The Kiwi stormed to the top early in the session with a 1m05.420s, the best time of the weekend so far.

It proved to be unbeatable even in the end-of-session happy hour, Andre Heimgartner going closest to knocking van Gisbergen off, but falling four-hundredths short.

"We put new tyres on and had a go," said van Gisbergen. "We ended up pretty fast, but the last run I didn't improve, so we de-tuned it a little bit and I drove bad. We can tune that up."

Cam Waters was the best Tickford car in eighth from David Reynolds and Brodie Kostecki.

James Courtney gave his crew some evening work by clobbering the wall at Turn 10 midway through the session. The veteran locked his inside front tyre on the way into the corner, bounced over the gravel and into the barrier.

"I just snagged the front left corner," he said. "It's very unforgiving, not a lot of run-off there. It's disappointing. There's a bit of work for the guys tonight now."

The Darwin Triple Crown continues with qualifying at 11:45am local time tomorrow.