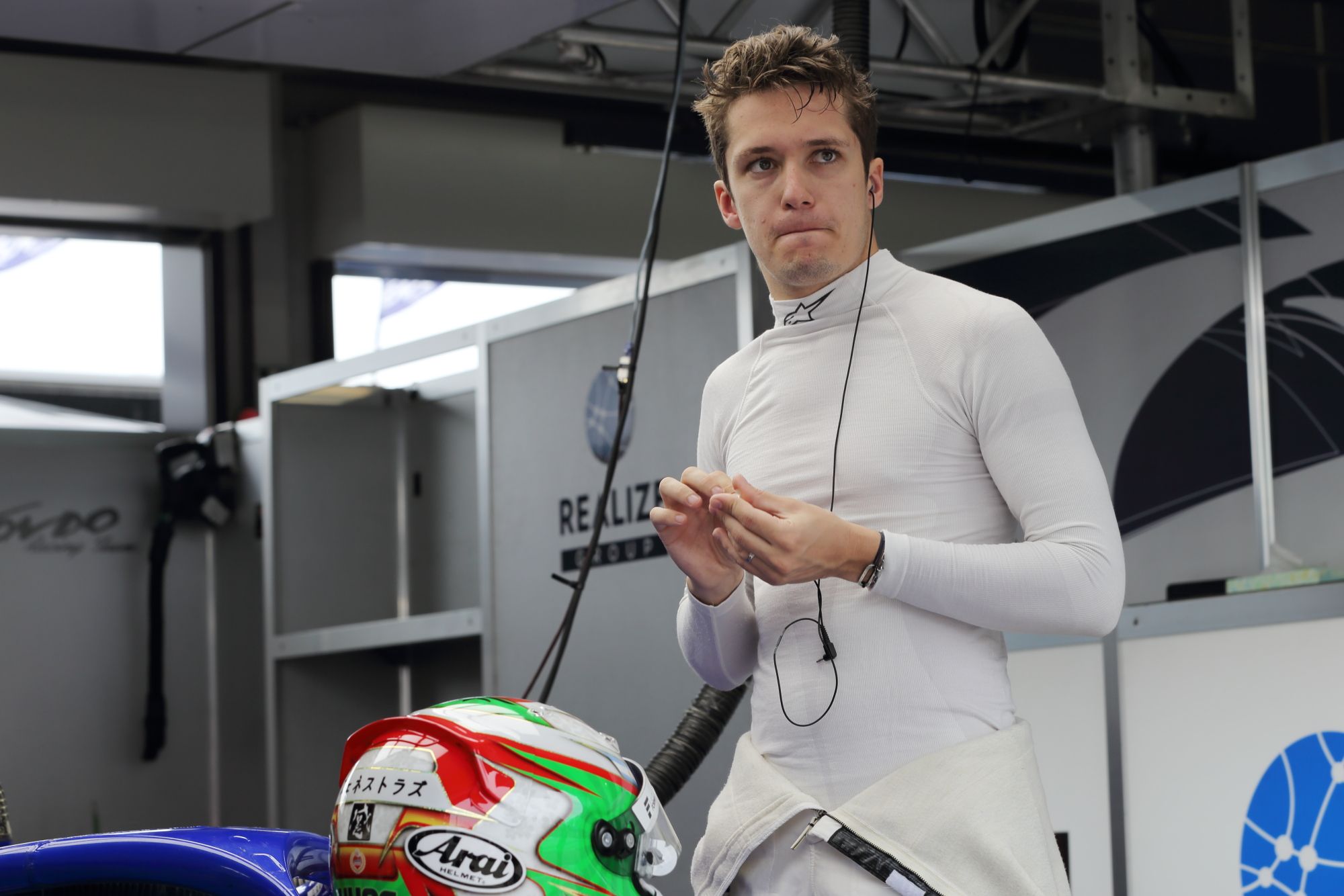 The field was essentially divided into two groups by the second of two safety car periods on lap nine of 53, with most drivers opting to get their mandatory pitstop out of the way during the caution but a group of seven electing to stay out.

Fenestraz was the leader of the former group, having jumped ahead of poleman Tomoki Nojiri at the start and comfortably holding off the reigning champion at the first safety car restart.

However, by pitting in, Fenestraz risked losing time stuck in traffic and allowing those that hadn't pitted, led by TOM'S driver Ritomo Miyata, to escape at the head of the field and build up a buffer to make their stops.

Initially it seemed that Miyata was in position to do exactly that, as he gained more than a second lap on Fenestraz once the race resumed on lap 15.

By lap 20, the gap between Miyata and eighth-placed Fenestraz was out to almost 12 seconds, growing to more than 20 seconds by lap 30.

But Fenestraz was able to maintain his pace despite being stuck behind the Team Goh machine of Atsushi Miyake, the last of those that stayed out, and Miyata was unable to keep up his earlier blistering speed as his tyres wore out.

The gap between the pair reached a maximum of around 27 seconds before Miyata finally bit the bullet and pitted on lap 46 of what was eventually a timed race running to 49 laps.

That cleared the way for Fenestraz to take the victory by five seconds ahead of Toshiki Oyu (Nakajima Racing), who leapt from fifth to third with a good start and then jumped Nojiri for second place in the pits.

As well as Fenestraz's first win in Super Formula, it also marked a first for the Kondo Racing squad since the 2019 Okayama race.

Nojiri nonetheless extended his points lead in third place, with nearest title rival Ryo Hirakawa only able to salvage seventh place from 16th on the grid.

Hirakawa was up to third after the second safety car period behind Miyata and Tadasuke Makino, dropped out of the points when he made his pitstop was able to pick off several slower cars to make his way back up to P7.

Makino was the top finisher of those that stayed out, rejoining the track in fifth and then passing Dandelion Racing teammate Hiroki Otsu late on for fourth.

Miyata arguably stayed out too long as he dropped behind Makino and finished sixth, with Hirakawa, Nirei Fukuzumi (Drago Corse), Yuji Kunimoto (KCMG) and Ukyo Sasahara (Mugen) making up the points scorers.

It leaves Nojiri with an extended 17-point lead at the head of the standings, with Fenestraz now only seven behind Hirakawa.

Fenestraz's teammate Kenta Yamashita was forced to watch from the sidelines after spinning at Turn 1 at the start, ostensibly due to slight contact with the Nakajima Racing machine of Naoki Yamamoto, and getting stuck on the inside of the track.

Nobuharu Matsushita likewise went off at Turn 1 while battling Makino at the first safety car restart, causing the caution that provided the strategic intrigue.