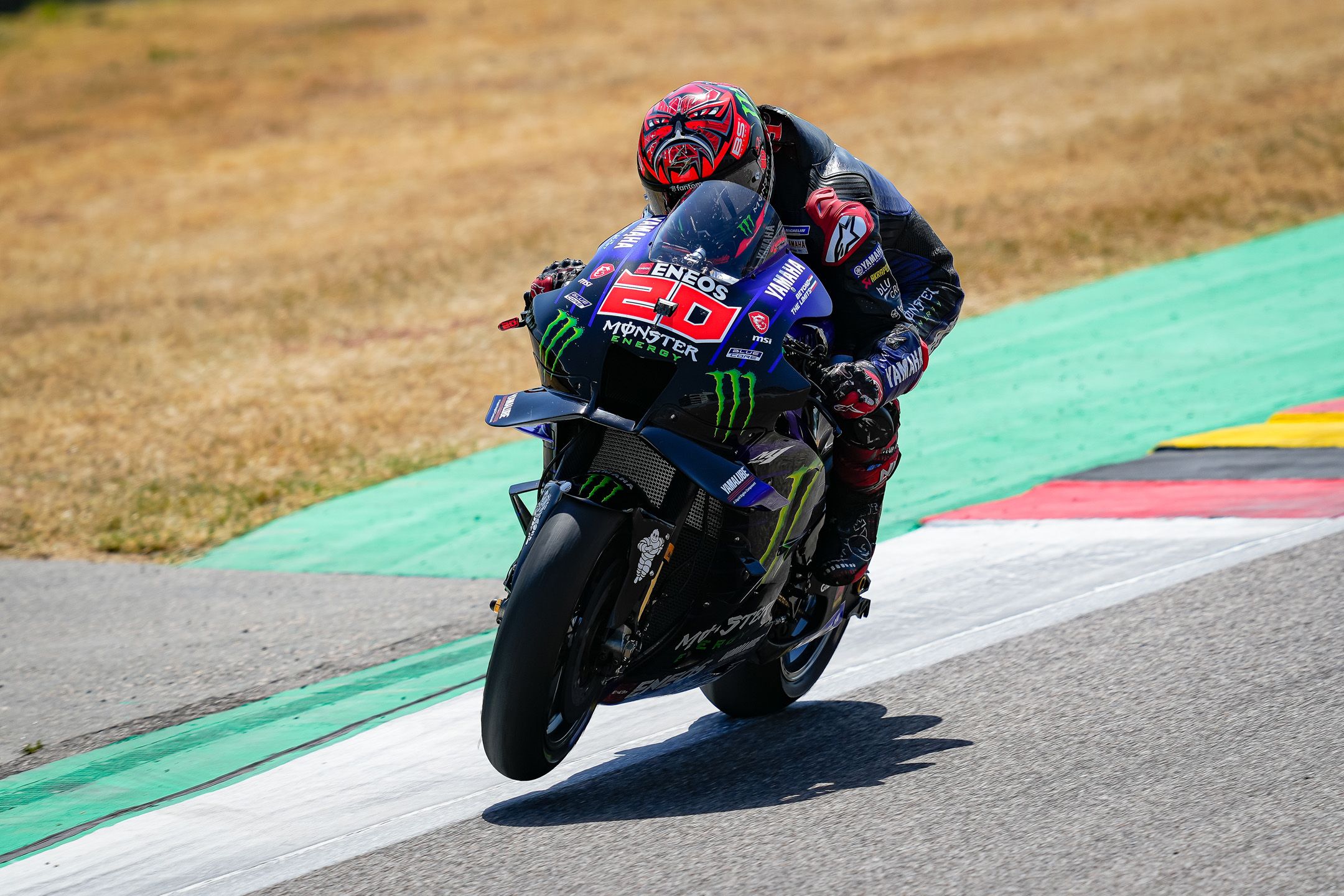 Reigning world champion and the current points leader Fabio Quartararo has been very critical of the lack of progress Yamaha made over the winter with its 2022 bike.

In particular, Quartararo took aim at the fact the bike was still not delivering top speed enough to challenge its faster rivals, which has been an issue for some time now.

To address this, Yamaha has started working with ex-Ferrari and Toyota Formula 1 engine chief Marmorini in a consulting role.

Meregalli says this shows Yamaha’s willingness to work outside of its own borders now and expects the results from this to begin showing at the end of the year.

“The hopes are not only about this new synergy, but the way that also in Japan they changed their mind,” Meregalli said ahead of the MotoGP summer break.

“They always worked internally, but now they are starting to be more open-minded and focused on improve the bike and the results.

“For sure, I’m expecting to see some results from this new collaboration probably at the end of the season, because they are already as you can imagine working on next year’s bike and engine.

“But I am very happy, I’m very confident.” Marmorini began working in F1 in 1990 with Ferrari and remained with the team through to 1999, before joining Toyota ahead of the Japanese manufacturer’s debut in the series.

He returned to Ferrari following Toyota’s exit from F1 in 2009 and remained there until 2014. He has been working with Yamaha since February.

His link up with Yamaha is a significant shift in philosophy from the factory, with nine-times motorcycle grand prix world champion Valentino Rossi revealing two years ago that the Japanese engineering department “did what it wanted”.

“More or less we have similar problems from a lot of time, so I think next year doesn’t change a lot,” Rossi said back in 2020.

“I think anyway the Japanese [engineers] hear what the riders comment, but in the end they do what they want. They have already in mind what they want to do.”

Despite his frustrations with the engine situation, Quartararo has signed a new two-year deal to remain with Yamaha through to the end of 2024.

Next year the marque will scale back its entry to just its two factory team bikes after RNF Racing elected to link up with Aprilia.

More:MotoGP, Yamaha Motor Racing, Formula One
Jul 14, 2022 at 5:30 AM
by: motorsport network
latest news
all news