A full field of 17 V8-powered S5000s will line up at Albert Park on the Australian Grand Prix weekend. The Albert Park circuit is set to host the third round of the Australian Drivers' Championship as part of the undercard for the AGP on April 7-10.

The high-profile event has seen a sharp upswing in grid size, with all 17 cars available to be raced set to be on the grid.

That's a stark contrast to the nine cars that turned out for last weekend's second round at Phillip Island.

The expat Aussie did join the field for S5000's partial appearance at the AGP in 2020, which was cut short after just one day of running due to the pandemic.

He had qualified seventh for what would have been his debut S5000 race had the meeting not been called off.

Nathan Herne, who was a regular for Garry Rogers Motorsport last season, also re-joins the field for Albert Park.

S5000 will hit the track on the Thursday of the AGP for two practice sessions and qualifying. There will then one race per day across Friday, Saturday and Sunday. 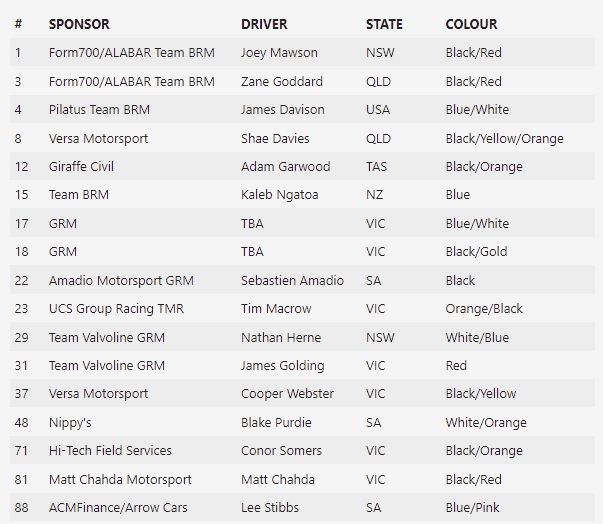