Kyle Busch was knocked out of contention for the win before the first stage was over in the spring Atlanta race and expects just as wild conditions in the return trip this weekend. 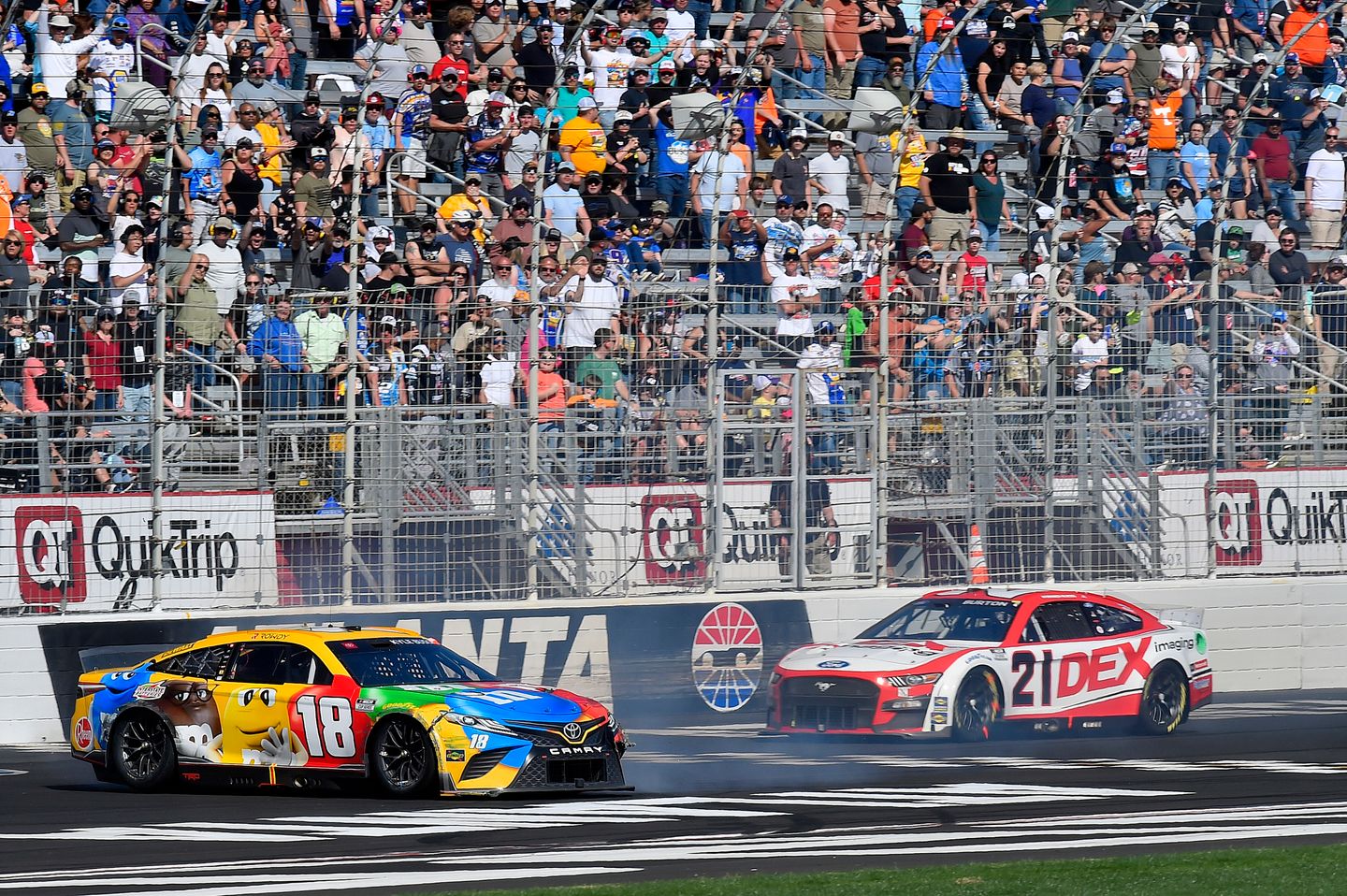 Prior to the start of the 2022 NASCAR Cup Series season, Atlanta Motor Speedway underwent a big overhaul – the 1.54-mile track was repaved and the banking increased from 24 to 28 degrees in the corners. In addition, the track width deceased from 55 feet to 40 feet in the corners.

The new surface combined with the higher banking produced racing more like that seen on superspeedways than what typically transpired intermediate tracks.

“It was just as crazy as I expected,” said Busch. “It literally got a facelift with a whole new track surface and layout and everything. Old Atlanta, you had the old asphalt and really had fast lap times to fire off, and then you had a lot of (tire) fall-off where lap times go down throughout the run.

“Back in the spring, it was more like what we expected it to be, like a Daytona or Talladega speedway race. We saw a lot of pack racing with some guys (going) two-wide and maybe three-wide, and saw how wide the track got in the time we had on it.” Busch appeared to have a strong No. 18 Toyota in the race. He qualified fourth and led 21 laps. But exiting Turn 4 on Lap 101 of 325, he got into Austin Dillon to start a wreck in which Ty Dillon and Chase Briscoe were also involved.

The cleanup of the incident lasted until the conclusion of the stage and Busch eventually retired from the race due to the damage after completing 171 laps. He was credited with a 33rd-place finish.

“We’ll take what we can from the spring race, what we did well and especially what not to do,” he said. “Hoping we can figure out how to run up front and contend for the win.”

Atlanta brings find memories for Busch, who has a pair of wins, eight top-five and 11 top-10 finishes in 25 career starts. His first victory in 2008 was Toyota’s first in the Cup Series as a manufacturer.

“The Cup races there, I’ve been really good or really bad, it seems,” he said. “Obviously, it’s a whole new ballgame there.

“We threw out our notes from the past during the spring race this year and we’ll just keep building on what we learned.”