Suzuki’s decision to quit MotoGP at the end of 2022 did not weigh on Joan Mir or Alex Rins during Friday’s French Grand Prix practice, according to both riders. This weekend’s race at Le Mans marks the first round since last week’s shock reveal that Suzuki will leave MotoGP at the end of the campaign, with the Japanese marque officially confirming its intentions on Thursday at Le Mans.

Despite the uncertainty this has caused for both riders, Friday at Le Mans proved strong for the Suzuki duo as Rins finished third overall and Mir was eighth having been hindered by a crash in FP2.

When asked by Motorsport.com if it was easy to put aside the Suzuki news and focus on the job at hand, Rins said doing so came “quite natural”.

“Sincerely, it was easy to focus,” Rins began.

“I’m quite happy because I was able to do that. It’s not easy trying to forget or put aside all the things that are happening, but we do it and I’m quite happy for all of this.

“The atmosphere was quite good, at least on my side.

“I felt quite good with my mechanics, with my crew chief, with my engineers. Here in MotoGP if you blink your eyes you are out of Q2.

“Yeah, I mean during all those days you think you need to be more careful this weekend, or push more or be more concentrated. But it comes quite easy, quite natural. This is good news.” 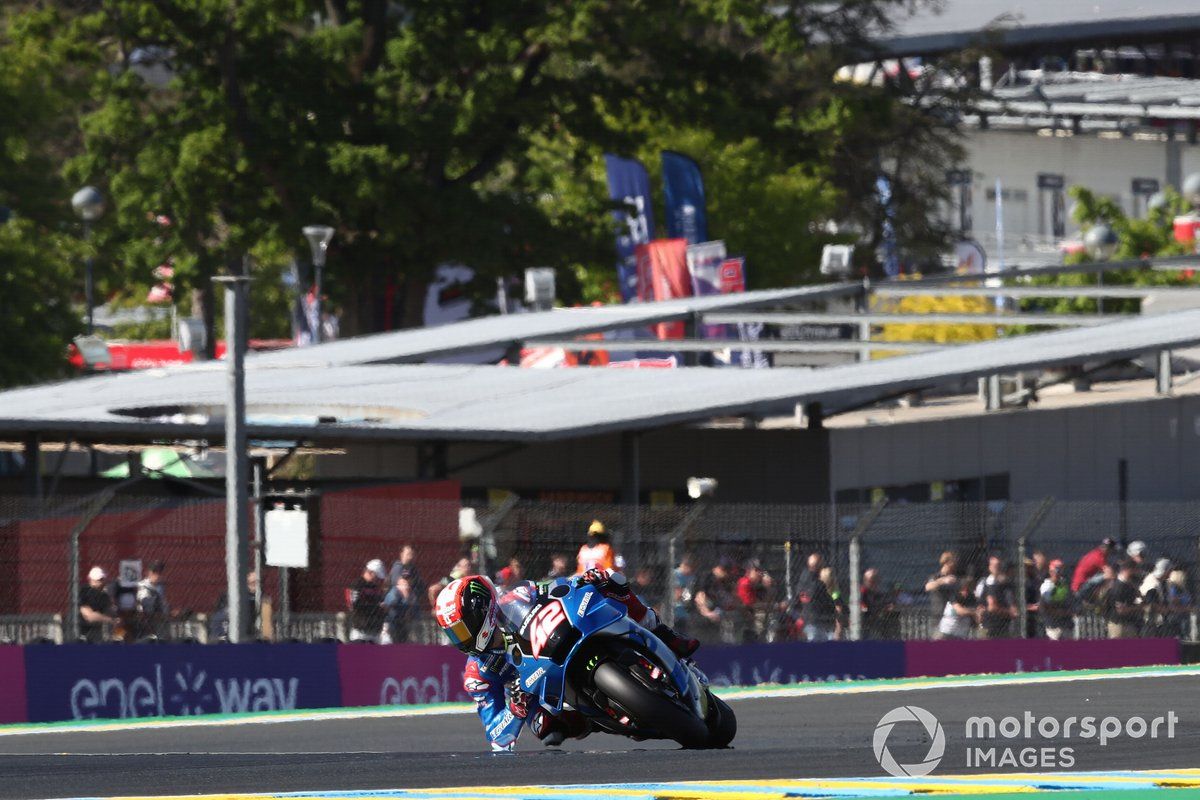 Teammate Mir says these kinds of off-track distractions creep up every season, but a rider has no choice but to put it to one side when on the bike.

“During a normal year you always have some grands prix that you have some troubles,” Mir added.

“It’s normal. Maybe it’s personal, professional. You have to know how to separate all this stuff.

“It’s part of our job. Now, for sure, we are living a difficult situation. But on track it’s completely the same situation.

“We are a really good team. For sure, the atmosphere when we are working is completely the same.

“We all want the same. But maybe on one Wednesday, one Thursday, you see the team not happy and this is normal. And more in this race, everything was so new.”