The final MotoGP Grand Prix of the season, the Valenciana GP, had one main highlight: the final MotoGP race of Valentino Rossi (Petronas Yamaha SRT). Rossi didn’t get his magic 200th podium in the end, as it was his fellow countryman Francesco Bagnaia who won ahead of two other Ducati riders, Jorge Martin (Pramac Racing) and Jack Miller (Ducati Lenovo Team).

QUALIFYING
On Saturday it was a tense fight for pole position and for the fourth time this season Jorge Martín would clinch the top spot on the grid beating Bagnaia by 0.064s. Jorge’s pole position ended Bagnaia’s streak of 5 pole positions in a row. The third rider on the front row of the grid was Jack Miller and so a full Ducati front row start, which was also the case in the Emilia Romagna GP when Bagnaia and Miller shared the front row with Luca Marini (SKY VR46 Esponsorama). World Champion Fabio Quartararo (Monster Energy Yamaha MotoGP) had qualified 8th his second worst starting position of the year, the frenchman started 15th in the Emilia Romagna GP. Rossi qualified tenth for his final race, considering his average grid position of this season is 15.6 that wasn’t such a bad qualifying performance for the seven time MotoGP champion. 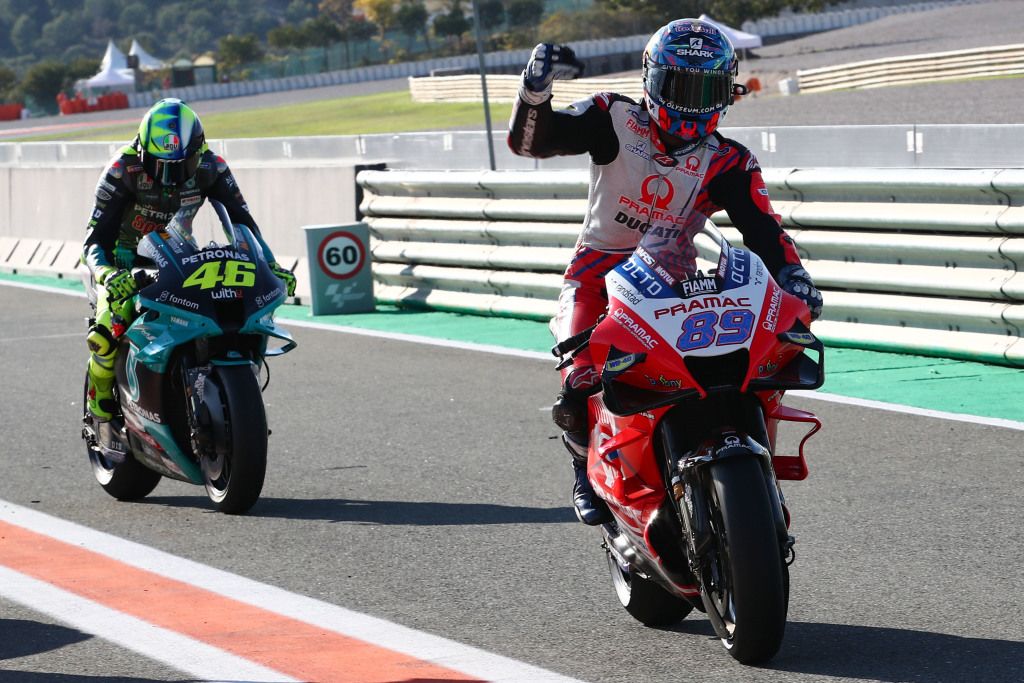 RACE
Very soon after the start it was clear the fight for the win and the podium places would be between the three Ducati riders, although Martín had a good start he couldn’t shake off Bagnaia while Miller was always within striking distance to take advantage in case there was some drama between the two riders in front of him. Bagnaia took over the lead on lap 15 to win his fourth race of the season. Martín finished for the first time in his career on P2 only 0.489s behind Bagnaia. Jack Miller made the Ducati party complete at the podium and with the Ducati Lenovo Team riders on P1 & P3 they won the Team Championship for a second time; the first time they won the championship was in 2007 with Casey Stoner and Loris Capirossi, when the team raced under the name: Ducati Marlboro Team. 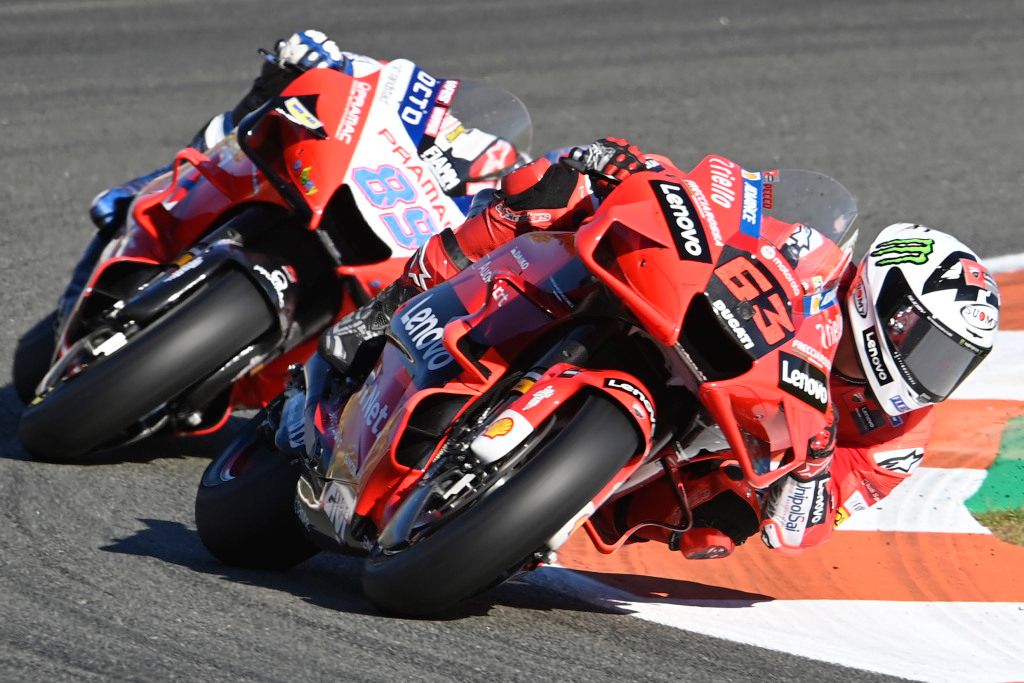 In fourth place finished the 2020 World Champion Joan Mir who clinched third in the riders championship but missed out on a second win of his career, having secured six podiums during 2021. New World Champion Fabio Quartararo fought his way back from P8 to P5, the same position he finished on in the first race of the season in Qatar. 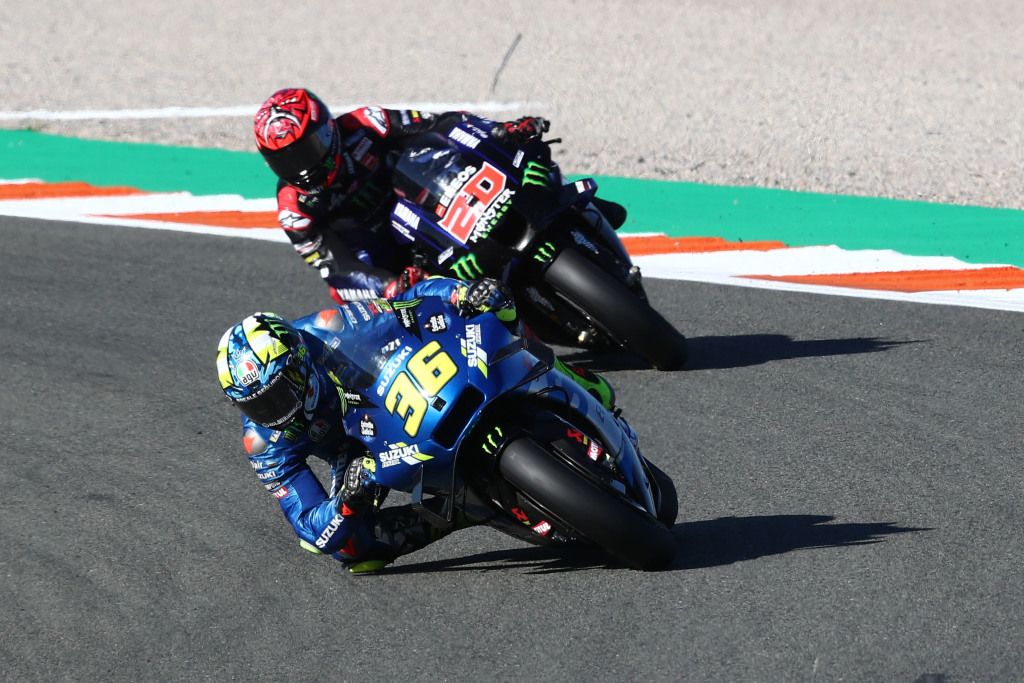 The race had 2 retirements Álex Rins (Team Suzuki Ecstar) and Takaaki Nakagami (LCR Honda IDEMITSU) and and 1 rider withdrew (Pol Espargaró (Repsol Honda Team); for Rins this was his fifth fall or retirement of the season. In his career Rins has started in 80 races but retired in 16, meaning his retirement percentage stands at 20% for the season.

Rossi would finished tenth in his last race, the same place he started, but that would not temper all the thank you’s nor the farewell party celebration atmosphere that was seen at and around the Valencia circuit. “Vale” highlights stats now be secured between 2000 and 2021: 7 World Championships, 89 wins out 372 starts, 199 podiums, 55 pole positions, 75 fastest laps and 23 hat-tricks.