The penultimate round of the MotoGP season was held at the 4592m long Algarve Circuit in Portugal, the drivers championship was already decided at the previous round at Misano but the teams and constructors title were still up for grabs.

From early on in the weekend the new World Champion Fabio Quartararo (Monster Energy Yamaha MotoGP) and rival ‘Pecco’ Bagnaia (Ducati Lenovo Team) made it clear they weren’t going to slow down because of the big price was already handed out but on Saturday there was nobody or nothing that could stop Bagnaia from taking his fifth pole position in a row, his sixth of the year. Six poles is one more than Quartaro in 2021, the last time the frenchman took pole was for the Catalunyan Grand Prix in june. With one race left on the calendar there have been 6 different pole sitters this year. Next to Bagnaia on the front row for Sunday’s race was his teammate Jack Miller flanked by Joan Mir (Team Suzuki ECSTAR) on P3. The first Yamaha on the grid was Quartararo on P7, that was his second worst starting position of the season as he started from P15 in the Emilia Romagna GP.

At the start Bagnia lost initially two places to teammate Jack Miller and to Joan Mir but even before the end of the first lap the 24  year old Italian from Torino had retaken the lead to never give it back again. Not only Bagnaia led from start to finish he also set the fastest lap of the race on lap 5; meaning together with the pole position from Saturday this is ‘Pecco’s first Grand Slam of his career! 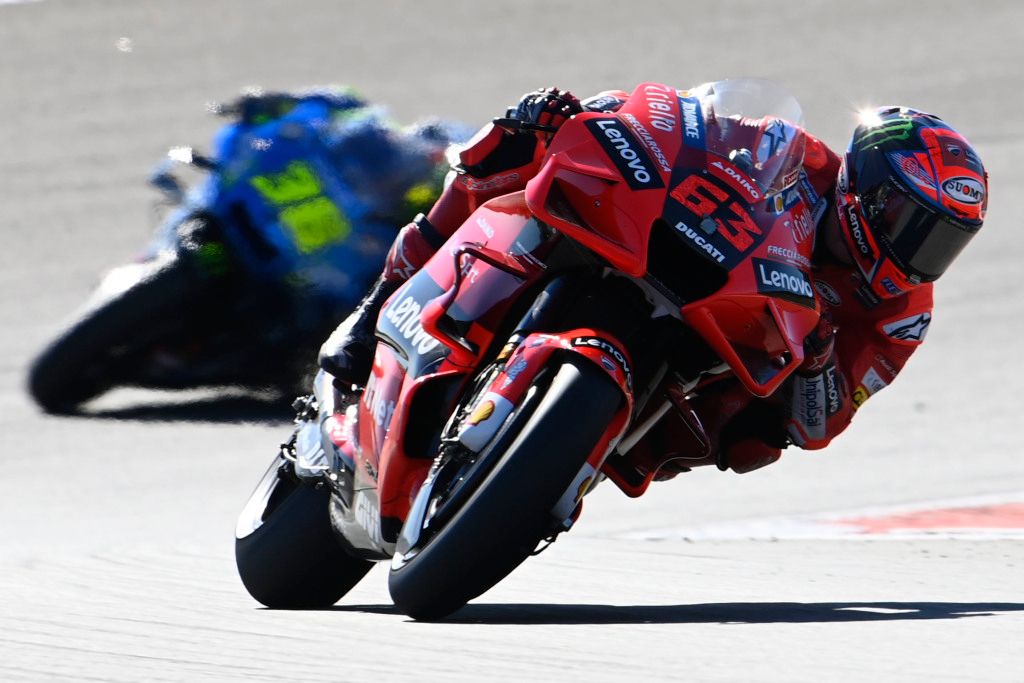 Joan Mir finished second exactly 2.478s behind Bagnaia, it’s the 2020 World Champion 13th podium finish of his career and his sixth of this year which is one less than in 2020. An extra highlight for the spaniard is the P3 on the grid that equals his best starting postion in his MotoGP career, he also started from P3 in the 2020 Styrian GP. With that second place and 20 points that go with it Mir has now secured third place in the drivers championship; considering he was sixth in the standings after 5 races that has been a good crawl back up in the standings. 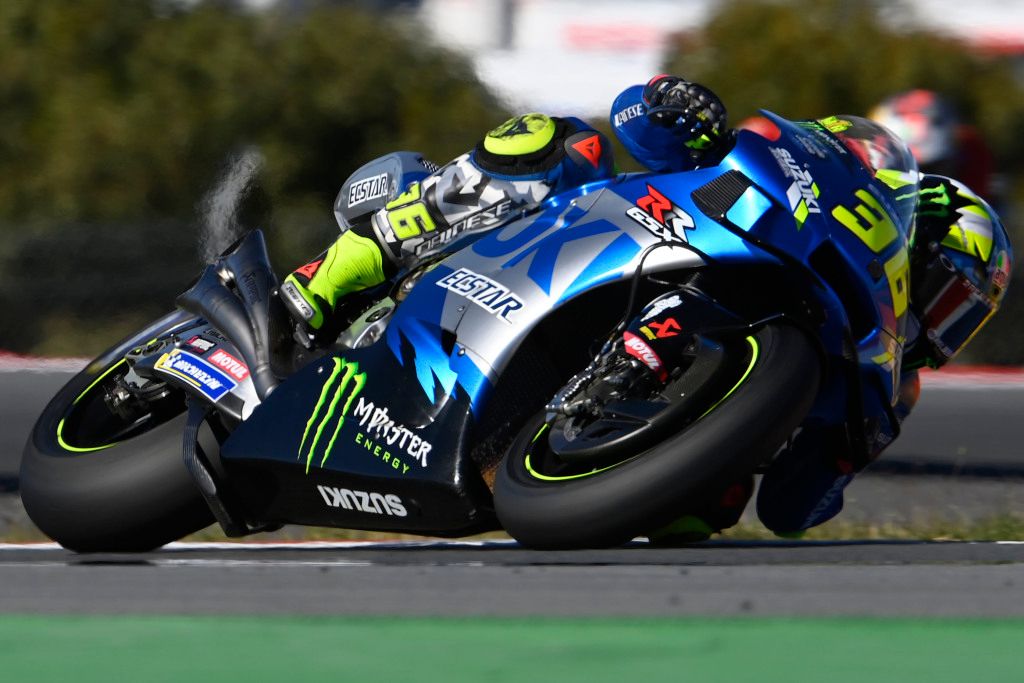 The third podium spot was for Jack Miller who held off Alex Márquez (LCR Honda Castrol) by 0.051s, with that 3rd podium spot and no Yamaha in sight in the first 10 places at the chequered Ducati secured for the second time in a row the constructors championship. For the teams championship Monster Energy Yamaha still has a chance but needs some drama from the Ducati Lenovo Team drivers in the final round next weekend at Valencia. The first Yamaha at the finish was Valentino Rossi (Petronas Yamaha SRT) who in his penultimate race of his MotoGP career finished 13th. 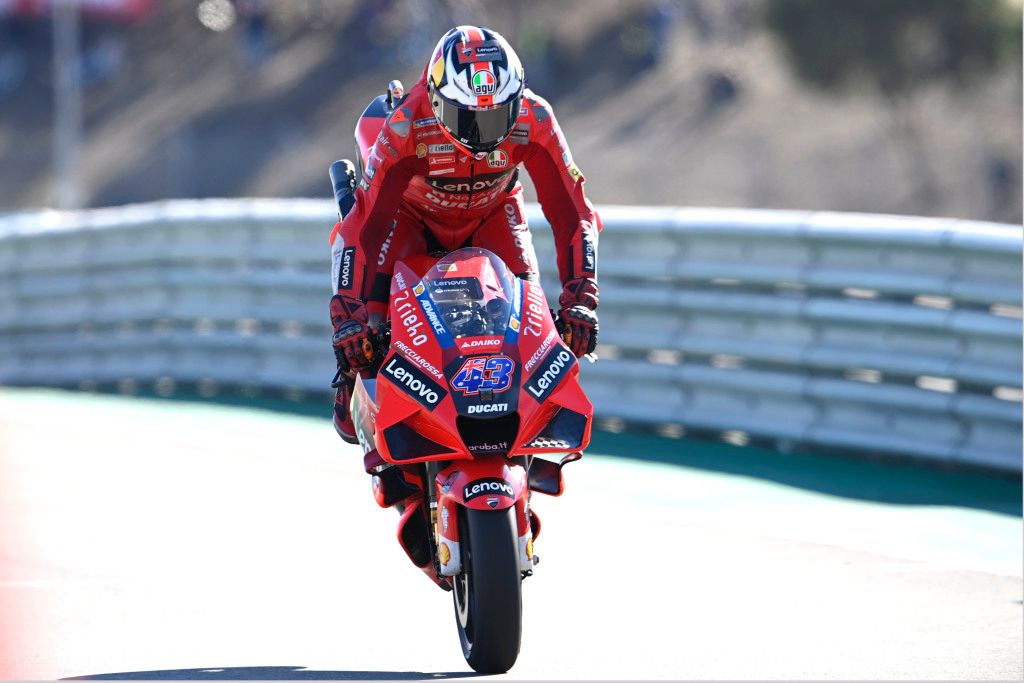 The race was red flagged after 23 laps after a collision between home rider Miguel Oliveira (Red Bull KTM Factory Racing) and Iker Lecuona (Tech3 KTM Factory Racing) that took both out and needed medical checks. There were 4 falls in the race (12 during the event), the most important one was of Quartararo who lost control of his Yamaha on lap 20 when he was on P7. 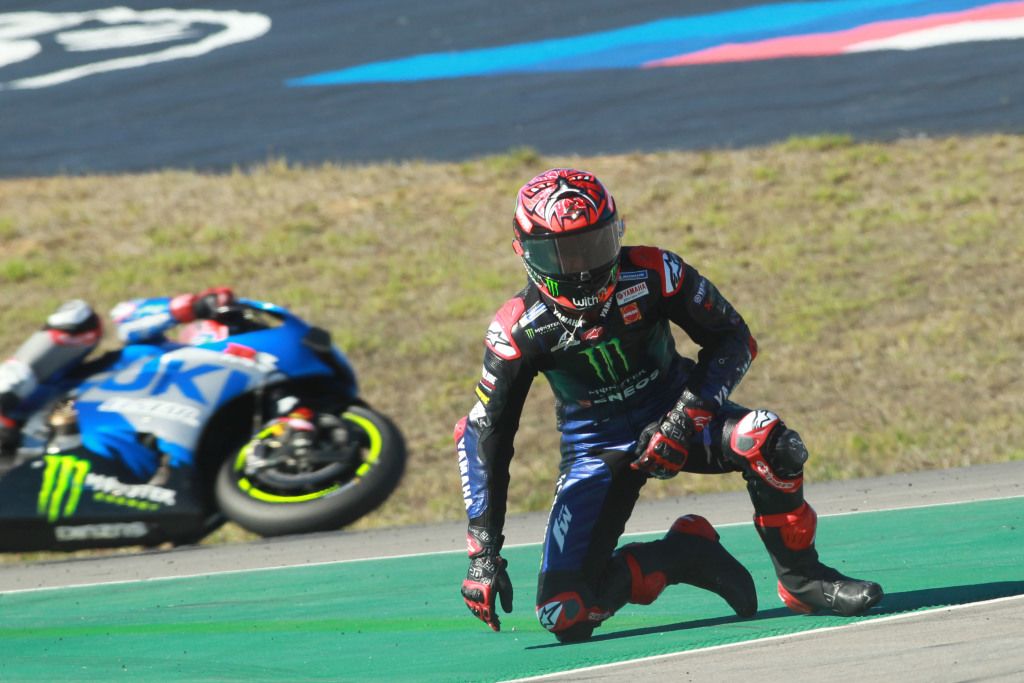