Ducati’s Jack Miller has been handed a penalty for crashing under yellow flag conditions during FP4 at the MotoGP German Grand Prix, but will keep his grid position. 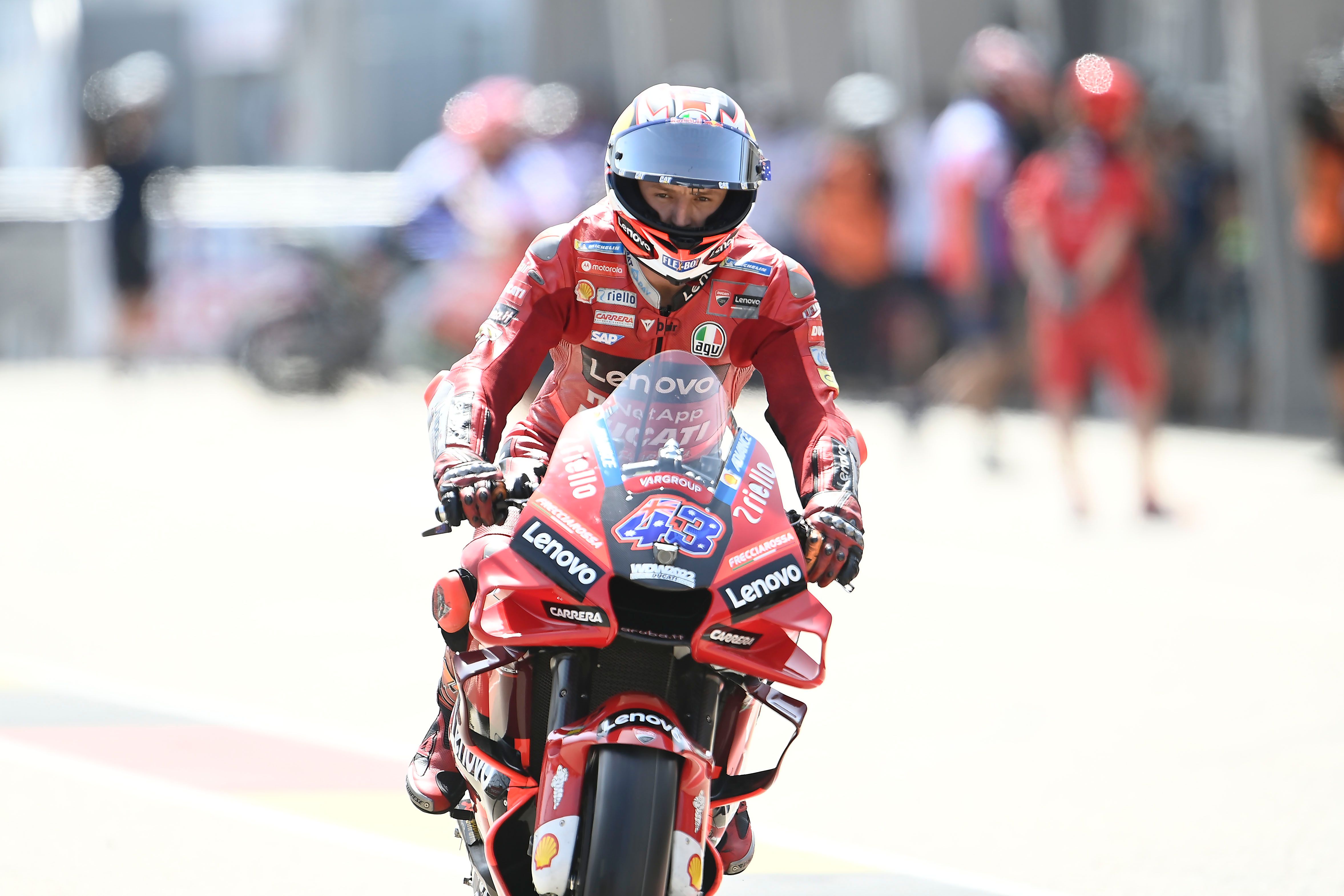 In the early stages of the delayed FP4 session on Saturday at the Sachsenring, Aprilia's Aleix Espargaro crashed at the final corner and brought out yellow flags.

Luckily nobody was at the scene of the crash as the marshals concluded clearing the Espargaro incident, but Miller was placed under investigation.

Usually this kind of infringement incurs a grid penalty, but on this occasion Miller has been handed a long lap penalty to be served in Sunday's 30-lap German GP – in which he will start from sixth.

A statement from the FIM MotoGP Stewards Panel read: "On 18 June 2022 [at] 14:02 during the Liqui Moly Motorrad Grand Prix Deutschland FP4 session, you [Miller] were found to have crashed while not respecting the yellow flag that was displayed due to a crash at Turn 13.

"This contravenes the specific instructions given to MotoGP competitors and teams, disputing the session, and is considered irresponsible riding causing danger to other competitors.

"It is therefore an infringement of Article 1.21.2 of the FIM World Championship Grand Prix Regulations.

"For the above reasons, the FIM MotoGP Stewards Panel has imposed a long lap penalty for the Liqui Moly Motorrad Grand Prix Deutschland MotoGP race." Before he went to see the stewards, Miller said he'd told himself approaching the yellow flag not to crash and hoped to plead his case that the data would show he wasn't pushing when the incident occurred.

"I saw the yellow flags, I literally said to myself in my helmet 'don't crash'," Miller said.

"And the next thing I know I was on the ground. I understood of course there was nobody in the gravel, but still it was under yellow, I literally said to myself don't crash.

"Of course, I understand. I crashed under yellows, but I'm going to go and plead my case and say 'look, I wasn't trying to improve, you can tell by the sectors from the data'.

"I will take some data and what will be will be."