Miller almost crashed on "dodgy" long lap penalty in Germany
By Lewis Duncan
Jun 20, 2022 at 11:38 AM
by: motorsport network
MotoGPnews

Jack Miller revealed he nearly crashed serving his long lap penalty in Sunday’s MotoGP German Grand Prix, calling it “one of the dodgier moments” of the race. 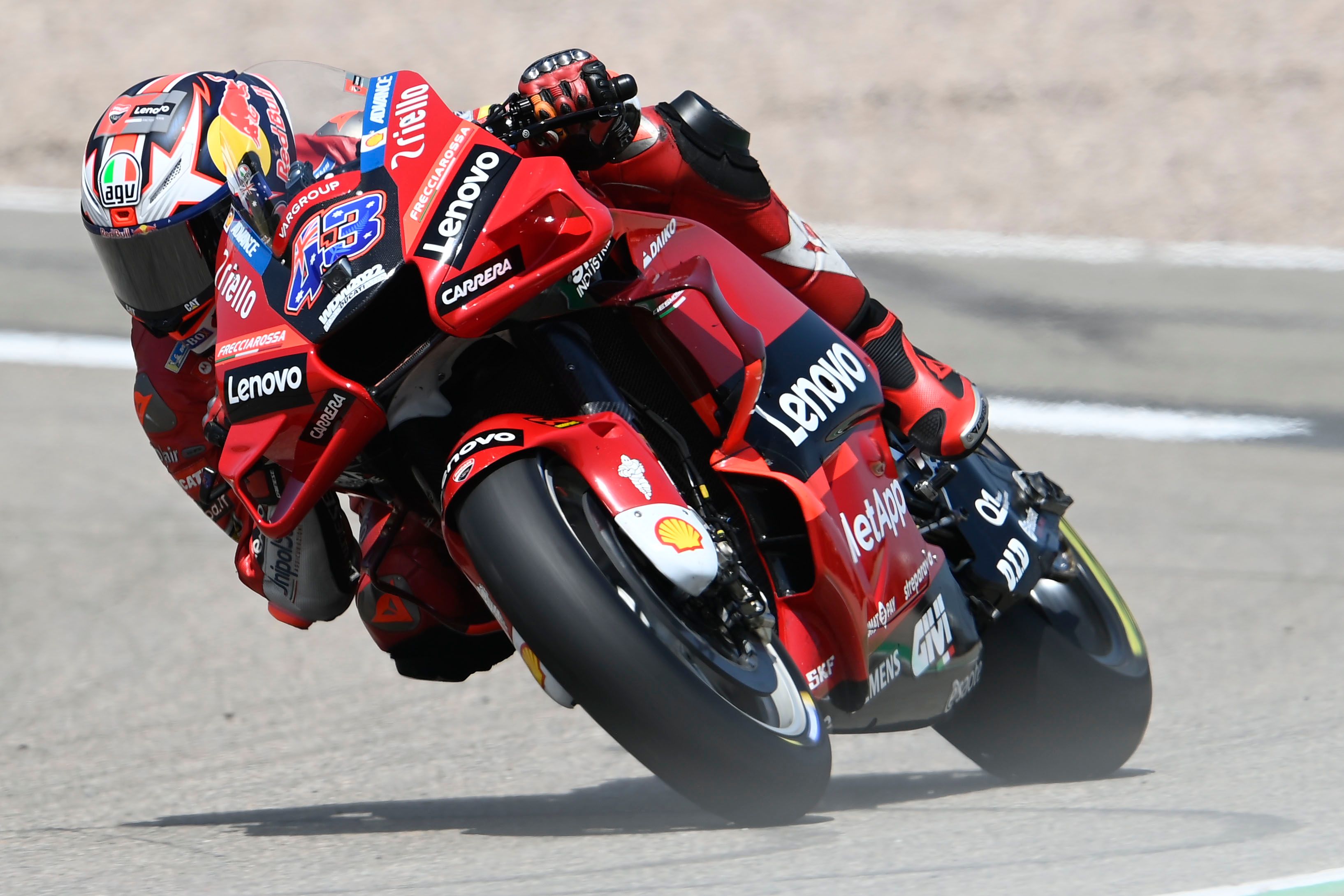 The Ducati rider was slapped with a long lap penalty for crashing under yellow flags in FP4, and was unsuccessful in pleading his case to the stewards that he was not pushing through the yellow zone when he fell.

Miller served his penalty at the start of lap five, and was able to recover to third for his first podium since May's French GP.

But an earlier crash for Suzuki's Joan Mir had left the long lap lane on the outside of Sachsenring's Turn 1 covered in gravel and Miller almost crashed serving his penalty.

"It was a long old race. 30 laps around here is always pretty gruelling, and then when you have a track temp of 55 degrees and the heat coming off these bikes when you're coming through the field was so hot," he said.

"But I mean with the long lap penalty, I knew I had to get a good start and I didn't do that.

"But I was able to get through on [Fabio] Di Giannantonio when I needed to, able to get a lap and a half alone to sort of stretch out as much as I could before having to do the long lap.

"I left it to the last moment. I did the long lap, it was probably one of the dodgier moments of the race.

"There were a fair few stones on the track through the long lap area and I nearly lost the front. But I didn't lose too much time." Miller's podium ended a barren run across the Mugello/Barcelona double-header in which he scored just three points having struggled in low grip conditions.

He says moving to a bike set-up in line with the other Ducati riders at the post-race Barcelona test was the reason for his Germany turnaround in form.

"You haven't seen any of me!," he joked when asked about his recent slump. "The test in Barcelona, we really found a big step.

"When the tracks have had good grip, like Le Mans for example, we've been able to be really fast and competitive and on the podium.

"But then places like Barcelona, Mugello, where we were struggling for grip, I wasn't able to ride the bike like I wanted.

"We really turned the thing upside down, went in the direction of all the other Ducatis.

"I was really using a different riding position, and since changing the bike in the test and throughout here I've been really comfortable, able to brake like my regular self and it feels really nice to have that confidence in the bike."