Dorna says Suzuki can’t decide to quit MotoGP on its own
By: Lewis Duncan
May 03, 2022 at 11:00 AM
by: motorsport network
MotoGPnews

Dorna Sports has issued a statement regarding the news that Suzuki is set to quit MotoGP this year, saying its contract does not allow this to be made “unilaterally”. 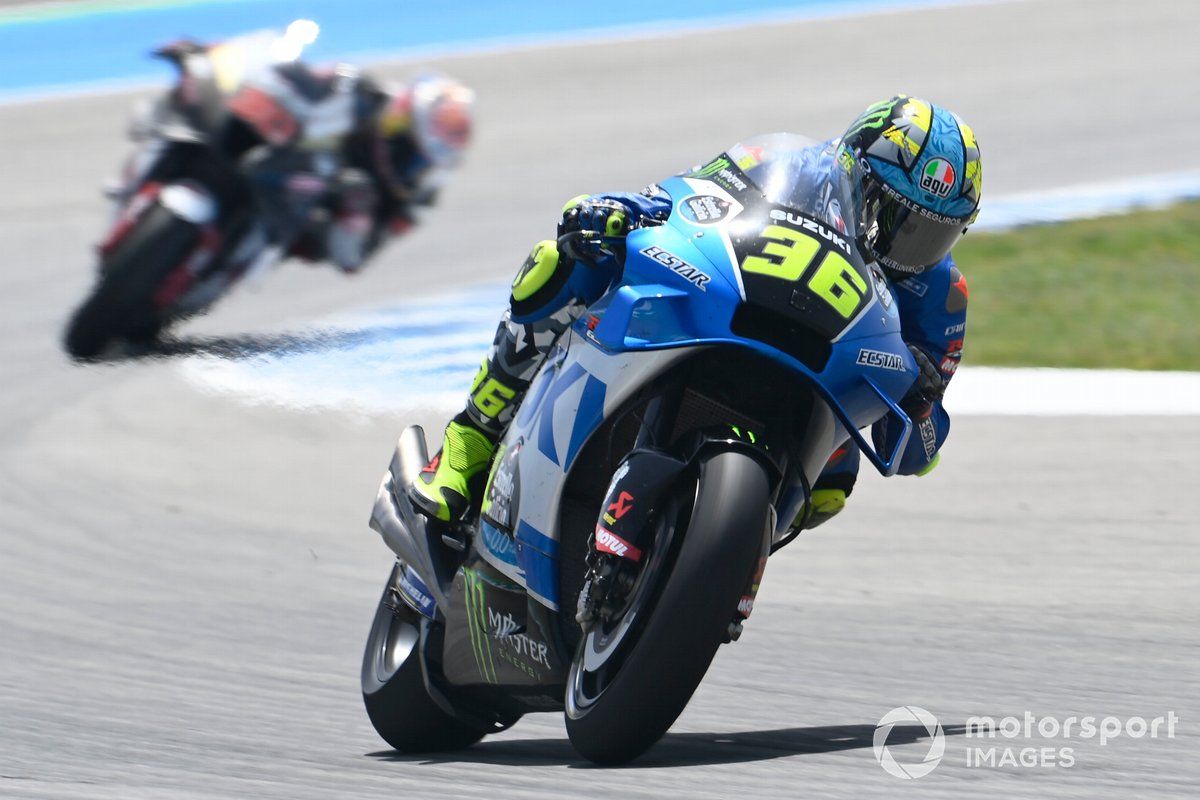 On Monday evening Motorsport.com revealed Suzuki is set to quit MotoGP at the end of the 2022 season in a shock decision made by the Japanese marque, which was communicated to the team during the post-race test at Jerez.

Suzuki was expected to make an official announcement of its exit this morning, but so far this has not been forthcoming.

This could be as a result of MotoGP rights holder Dorna Sports’ statement it released on Tuesday afternoon, where it said Suzuki’s decision to quit MotoGP cannot be made on its own.

Suzuki, like all other manufacturers, is currently contacted to Dorna to compete in MotoGP through to the end of 2026 having signed a new five-year deal which began last year.

In the same statement, Dorna says it will decide on what the grid size will be for 2023 should Suzuki in fact quit in agreeance with Dorna, and says there is “high levels” of interest from outfits looking to join the grid – which includes “official factories”.

The full statement read: “Following recent rumours of Suzuki departing MotoGP at the end of 2022, Dorna Sports has officially contacted the factory in order to remind them that the conditions of their contract to race in MotoGP do not allow for them to take this decision unilaterally.

“However, should Suzuki depart following an agreement between both parties, Dorna will decide on the ideal number of riders and teams racing in the MotoGP class from 2023.

“Dorna continues to receive high levels of interest from a number of both official factories and Independent Teams looking to join the MotoGP grid as the sport continues to set a global example of close competition, innovation and entertainment, reaching hundreds of millions of fans around the world.

“Interest from these parties has been re-confirmed in the past 24 hours.”