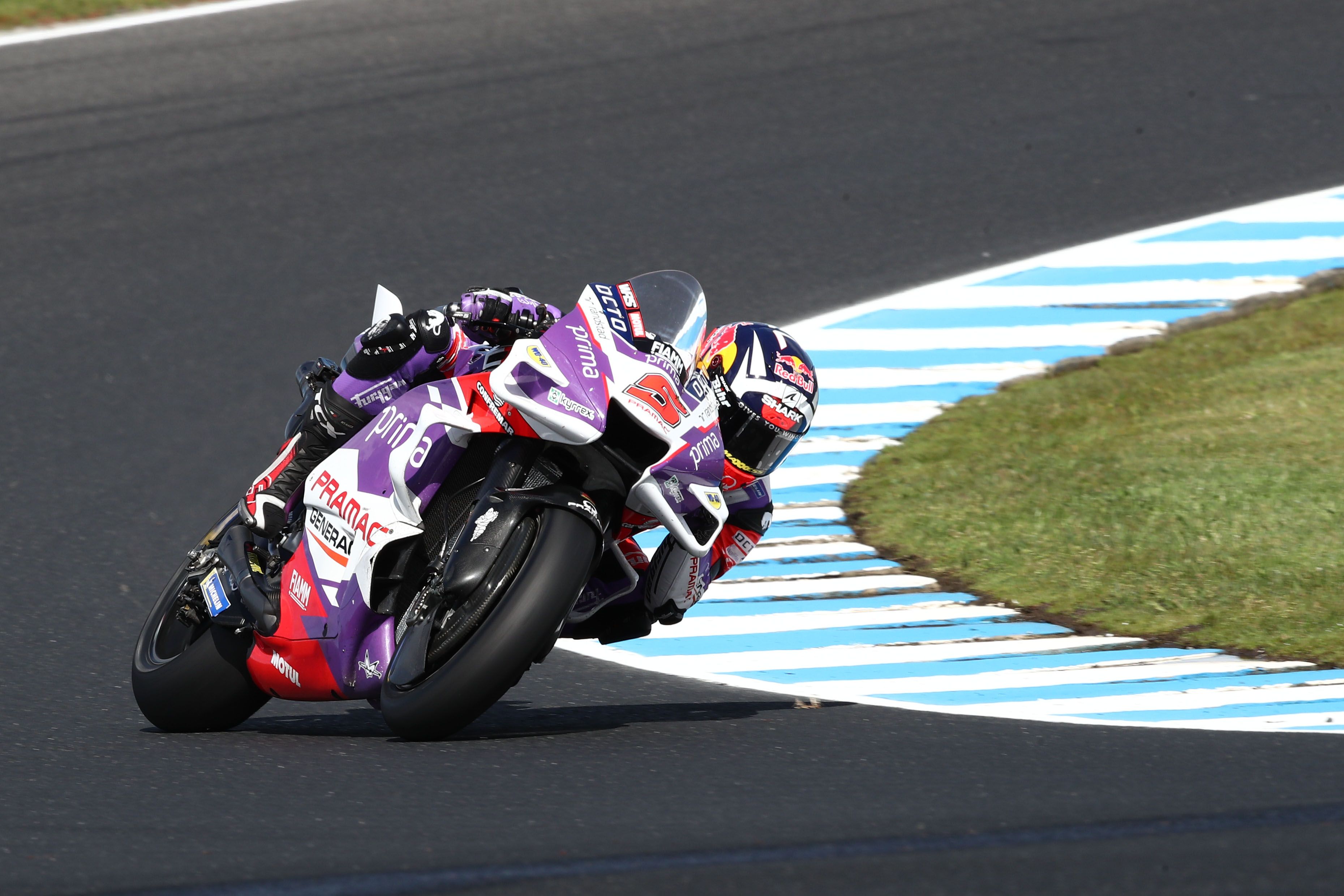 In the early stages of the second 45-minute session of the day, Maverick Vinales – who battled for victory in MotoGP’s last visit to Australia in 2019 – set the benchmark pace with a 1m31.016s.

The Aprilia rider improved to a 1m30.615s, before Marc Marquez on the updated factory Honda shot to the top of the order with a 1m30.126s.

Honda debuted the new front aerodynamic fairing in FP1 it first trialled at the Misano test in September, as well as a Ducati-style rear wing set-up.

The rear wings disappeared from Marquez’s bike for the start of FP2, with his 1m30.126s remaining the time to beat up until the closing stages when the field engaged in a soft tyre time attack.

Marquez’s time would finally be toppled with four minutes remaining when VR46 Ducati rookie Marco Bezzecchi fired in a 1m29.871s.

Vinales and Fabio Quartararo over the next minute and a half would go quicker with respective 1m29.745s and 1m29.614s laps, before Bezzecchi edged ahead with a 1m29.513s.

But it would be FP1 pacesetter Zarco who would deny Bezzecchi top honours on Friday at Phillip Island, the Frenchman ending the day fastest of all with a 1m29.475s.

Pol Espargaro on the factory Honda was a solid third at a circuit his team-mate Marquez expected wouldn’t favour the 2022 RC213V coming into the weekend.

Championship leader Quartararo was just 0.139s off the pace in fourth as the leading title challengers, with his former Yamaha team-mate Maverick Vinales fifth ahead of Marquez.

Aleix Espargaro was seventh on the sister Aprilia, 0.357s off the pace, with Bagnaia only eighth with a 1m29.838s at the chequered flag.

The Top 10 was completed by Bastianini and Pramac’s Jorge Martin, with Thailand race winner Miguel Oliveira the leading KTM in 11th.

Having been absent since practice at Aragon with a broken ankle, 2020 world champion Joan Mir ended his comeback just 0.063s outside of the top 10 in 12th on the first of the Suzukis as team-mate Alex Rins was 16th.

Hometown hero Miller was a mystifying 13th after his soft tyre time attack came to nothing, with LCR Honda’s Alex Marquez and KTM’s Brad Binder rounding out the top 15.

Alex Marquez’s LCR team-mate Takaaki Nakagami remains sidelined following further surgery on his right hand and is being replaced by Honda test rider Tetsuta Nagashima, who was 2.1s off the pace on Friday.