Pato O’Ward admitted that he found it extremely hard to hit his marks around Mid-Ohio before nailing a brilliant flying lap on used reds in the Firestone Fast Six. 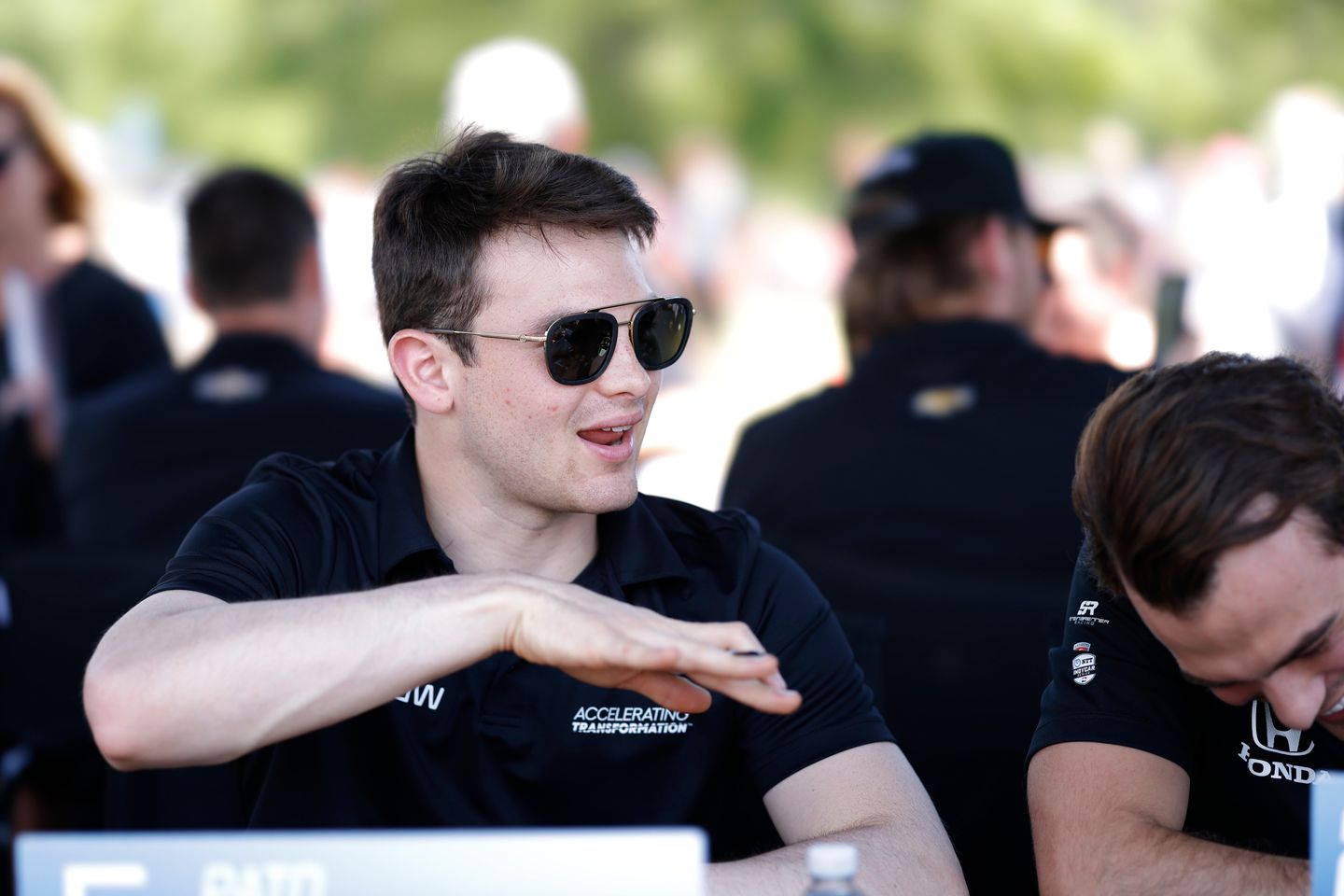 The Arrow McLaren SP-Chevrolet driver was over two-tenths behind his teammate Felix Rosenqvist in the first two segments of qualifying on new reds, in the Firestone Fast Six on worn rubber he pulled half a second clear. More significantly, he beat Team Penske-Chevy driver Scott McLaughlin to pole by 0.1324sec and thus became the ninth different polesitter in the first nine races of the 2022 NTT IndyCar Series season.

“It was a really messy qualifying from my side,” said O’Ward, who scored two wins last year and won at Barber Motorsports Park this year. “In Q1 and Q2, I kept leaving three- or four-tenths, even half a second on the table, just because I couldn't get it right. If it wasn't Turns blah-blah it was other turns the next qualifying [segment]. So it was really tough to get it right.

“I'm super, super happy that I got it together for the team and for myself in Q3. It was a really solid lap, and I was very happy with the car. Every time I was coming in [the team were] like, ‘Oh, what do we change?’ ‘Oh man, me, I guess!’”

He explained further: “I kept making very… not visible, but mistakes that I would finish the corner and be like, ‘That's terrible!’ This last lap, I had a few wiggles, but I hit all the marks. I did everything I had to do in order to extract a lap time. The other ones I was like cruising in the woods somewhere else!

“But it was a lap that I think showed how much you need to hustle in IndyCar to get the lap time out of it. But it was honestly my cleanest of laps just because I actually hit my marks rather than going somewhere else…

“As soon as I was done with the lap and I saw the time – it was my quickest time in all of qualifying with used reds, and used reds are usually at least four or five tenths worse than when they're at peak. So as soon as I saw that lap, I knew it was going to be good, and I just think it shows how much pace the car had. I just kept struggling with actually nailing the lap the sessions before.

“I think it just speaks to how good it has been and how good the changes we did overnight were helping us, and yeah, I'm pumped.”

The three drivers ahead of O’Ward in the championship – Marcus Ericsson, Will Power and Josef Newgarden – are all starting outside the top 12 on Sunday, but while O’Ward agreed it seemed a “great opportunity to capitalize”, he added: “There's so many rules in IndyCar. There's certain rules that can really throw your race upside down if something happens that you really can't control. Sometimes it is a lot better to actually start in the back, as we saw in like Portland last year, than being in the front.

“I think we've definitely executed when qualifying came, and I think tomorrow we just need to take the race as it comes and just be sure that we can react to certain things to keep our position.”

O’Ward also noted that Gavin Ward’s fallow term after his departure from Team Penske as Newgarden’s race engineer last winter was now over and that he was at Mid-Ohio in Arrow McLaren SP colors, but said the ‘Ward effect’ alone was not what resulted in both AMSP cars in the top four.

“Great guy. I just met him yesterday. He's molded really well into the team. Has there really been differences? Not really. We're doing what we do as a standard every weekend, which is try and make the car go faster and try and find a setup that's going to make you better.

“Has Gavin helped? Probably. Would we have been able to do it with him taking one more race or coming in one race after? Probably.

“[But] I think he's a great addition to the team, and I'm excited to see what he can bring to the table, and I think we'll be able to see that in the next few weeks or into next year.”