Johnson revels in “down and dirty, short-track driving” at Iowa
By David Malsher-Lopez
Jul 24, 2022 at 6:00 AM
by: motorsport network
Indy Car Seriesnews

Jimmie Johnson believes his starring role in his first ever Iowa IndyCar race was a result of the technique required at the 0.894-mile oval suiting his style. 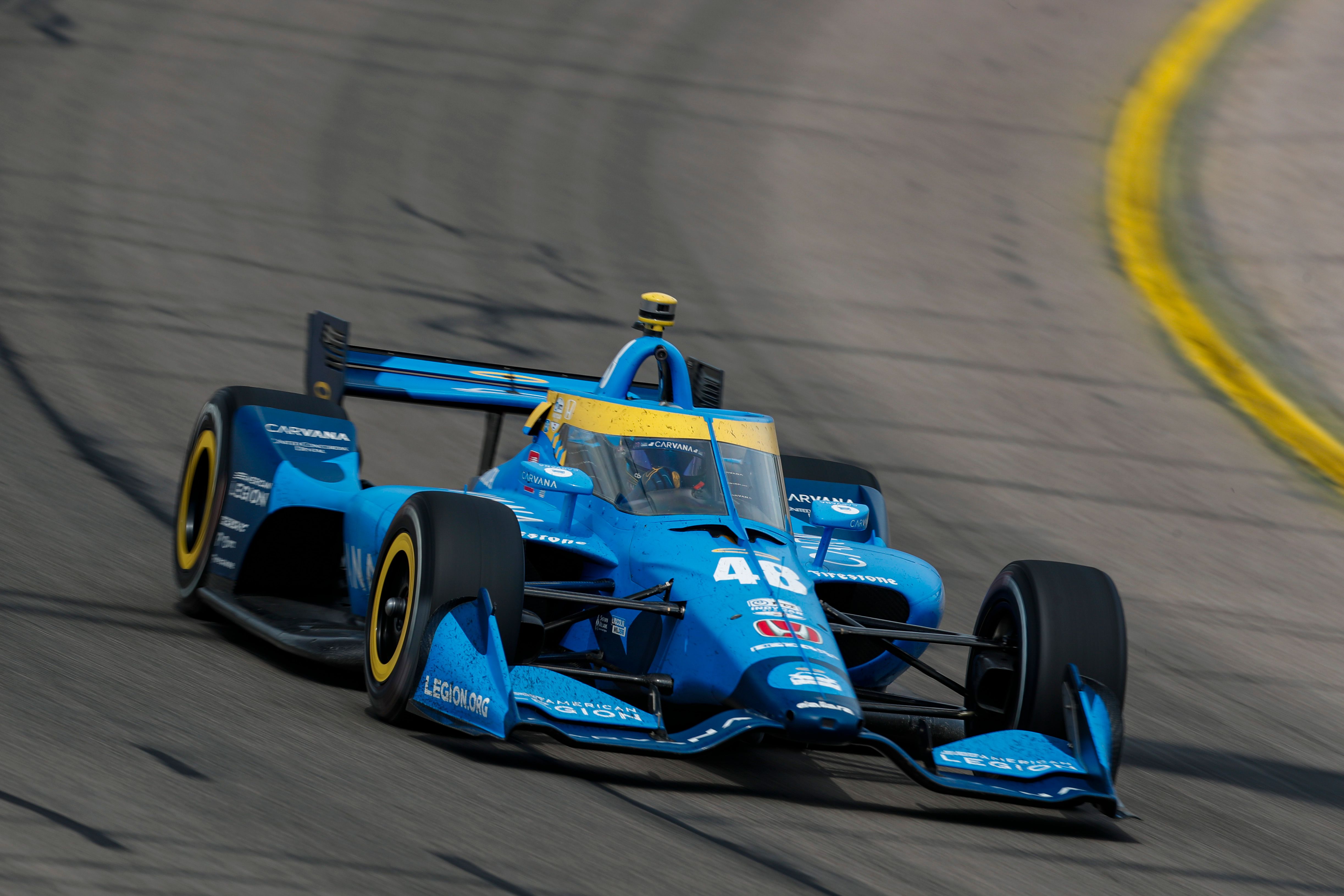 Although the seven-time NASCAR champion dropped down to 11th when he and his rivals were trying to eke out their grip in a 75-lap green-flag final stint, Johnson had driven daringly throughout the race after recovering from an early spin. Had another caution brought everyone to the pits, he seemed set for at least sixth place, mirroring his result in his first oval IndyCar race at Texas Motor Speedway in March.

“I had so much fun out there today,” said the 46-year-old Chip Ganassi Racing-Honda driver. “Watched so many great races at this track. To be here in person, drive on it in an IndyCar is such a rush.

“The first two-thirds of the race I really felt like we had a car competitive enough to win. Then there at the end it kind of slipped away from us. I think the longer run at the end also kind of exposed a weakness in our car, and I faded a bit more.

“We'll sleep on it tonight, work with our teammates and engineers, make some good changes for tomorrow and come back stronger…

“These cars really reward confidence. A Cup car, I think they reward patience and finesse. There's a different skill set that goes with it. You're going so damn fast in these things, the more downforce it creates, the confidence really rewards you… I hope tomorrow I have an even sharper performance.”

Johnson was notably brave on the high line, at one point passing two cars around the outside, and he said his NASCAR experience helped imbue him with the confidence that such a tactic would work.

“I do have some experience and have run higher with success in my Cup career,” he said. “I had a really good look at the line, could see where it was clean, where the marbles started. I tried it a few laps, just had my right sides up in that cleaner part of the track – three or four tenths 4/10ths a lap faster immediately. I kept working that.

“Word traveled fast [between spotters] and that line was kind of run off after a period of time. For a while it was working really well…

“I think there are more similarities to driving an IndyCar here than anywhere else I've been so far. The inputs in the car are much more aggressive. There's a just a lot more sawing on the wheel, a lot more work with your feet, like what you would do in a Cup car on a short track as well.

“I felt like instinctively I could just drive the car and didn't have to think about things so much. Texas and Indy, speed is higher, you're more precise with your inputs. Here it was down and dirty, short track driving. Fits my style really well.”

Johnson admitted that one NASCAR technique that he tried to adopt but found it didn’t work is what caused his early spin.

“Probably Kevin Harvick was one of the first [Cup drivers] to expose if you drive on the painted line, it will help turn the car and create some grip,” he said. “I just tried it [in an IndyCar] and it didn't work.

“I was running lower and lower in [Turns] 3 and 4. It was working well. I thought, ‘Let me just put the left sides on the painted lines’. I was backward instantly! It was just a mistake on my behalf.”