Ricky Taylor continued to set the pace in second practice for this weekend’s fourth round of the IMSA WeatherTech SportsCar Championship at Laguna Seca. 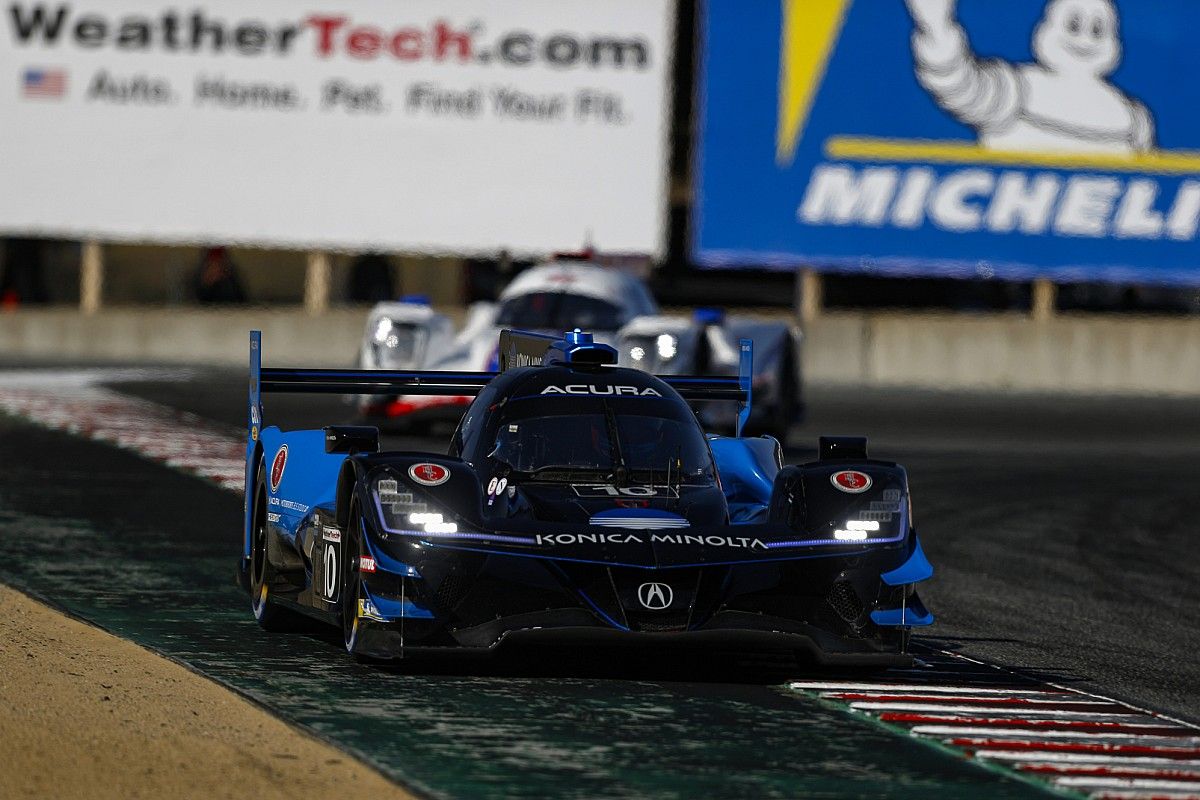 Following a late flurry of fast times, Taylor’s Wayne Taylor Racing Acura – which led the way for much of the session – set the pace with a lap of 1m14.193s, 0.117s clear of Sebastien Bourdais in the first of the Chip Ganassi Racing Cadillacs.

Oliver Jarvis was third in Meyer Shank Racing’s Acura ARX-05, 0.157s off the pace, ahead of Alex Lynn in the second CGR Caddy. Pipo Derani’s Action Express-run Cadillac slumped to fifth at the end of the session, ahead of the final car in the class, Tristan Vautier’s JDC-Miller Cadillac.

The session was red flagged for a circuit inspection after off track moments at Turn 6 featuring Jarvis, Ryan Hardwick’s GTD Porsche and John Farano’s LMP2 Oreca.

Jonathan Bomarito led the way in LMP2 for PR1 Mathiasen with a lap of 1m16.617s, two tenths quicker than Dragonspeed’s Juan Pablo Montoya on 1m16.823s and Farano’s Tower Motorsport car.

Daniel Juncadella topped the GTD Pro ranks in WeatherTech Racing’s Mercedes on 1m23.668s, ahead of the Pfaff Motorsports Porsche of Mathieu Jaminet and the VasserSullivan Lexus of Jack Hawksworth.

Jan Heylen led the way in GTD, fourth overall in the GT class, in his Wright Motorsports-run Porsche.