Mercedes thinks it lost up to 10 months of development time with its current Formula 1 challenger because of early-season porpoising problems. 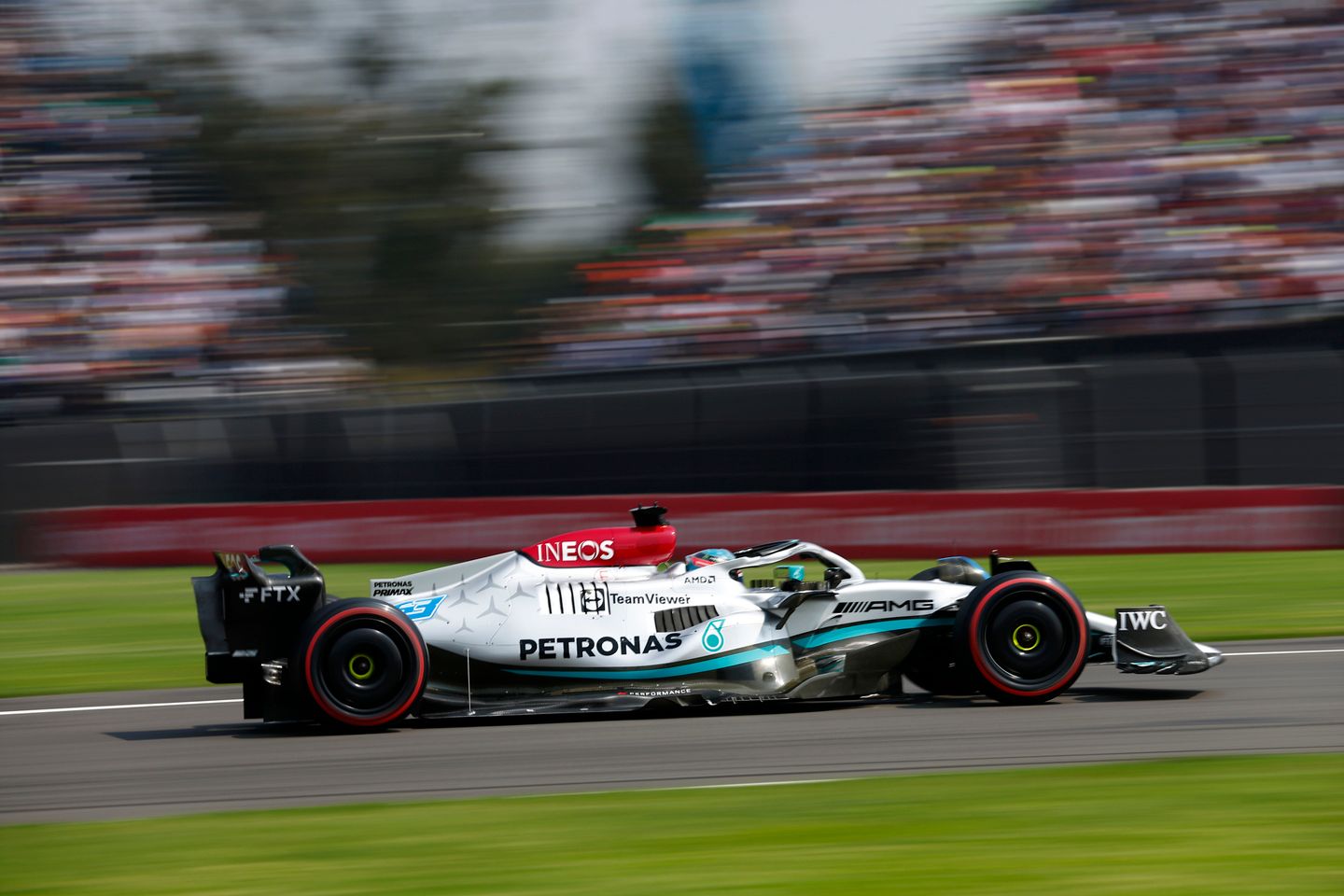 The German car manufacturer has endured a tricky season with the W13, which suffered a lot early on from excessive bouncing.

It took several months for Mercedes to understand the factors that were at play and implement car tweaks that have helped Lewis Hamilton and George Russell make some progress over the second half of the campaign.

But while it was able to get on top of the porpoising, its chances of beating Red Bull for a race win have not been helped by the fact its car is still lacking a bit of pace.

The team was also hurt by not being able to work on performance upgrades until it had cured its issues, meaning it fell away from the frontrunners.

Mercedes team boss Toto Wolff reckons that his squad is still playing catch-up now, which will not make it easy to be back in the hunt for victories from the start of 2023.

"We believe that we understand where the gap comes from," he said when asked if he felt that Red Bull's early advantage with F1's new 2022 rules would put it in good stead for years to come.

"They will carry over some of their sweetness in the car, and we've maybe lost eight to 10 months in terms of development because we couldn't figure out what was wrong. So there's definitely a challenge. Mercedes has emerged as Red Bull's main threat in recent races, as Ferrari has endured two difficult weekends in the United States and Mexico.

However, as it chases its first win of 2022, Mercedes thinks that things will return to being a three-way fight for the final two races, even though Red Bull still appears to have an edge.

Chief strategist James Vowles said: "Ferrari won't be that far back and away from us as they were in Mexico. They will be closer in Brazil and Abu Dhabi and it will be a very close fight between our two teams.

"In terms of relative to Red Bull, they still hold the edge relative to us. I don't think it is quite the three tenths they outqualified us by [in Mexico], but it will be a few tenths across the next few races.

"We are getting closer and closer, compared to where we were at the beginning of the season where at times we were struggling to get out of Q1 or into Q3 to where we are now which is we are within a whisker of fighting for our first win. We have moved forward.

"In Brazil it's a track that both of our drivers have typically gone well at and it is a sprint race where we can pick up more points. And when you have a car within a few tenths of your competition you can make things happen."