When Sainz really took his first win from pole at Silverstone in 2010
By Alex Kalinauckas
Jul 04, 2022 at 3:30 PM
by: motorsport network
Formula Onenews

Carlos Sainz winning for the first time from pole at Silverstone – it’s the headline result of the 2022 British Formula 1 race, but for him not actually a unique achievement. 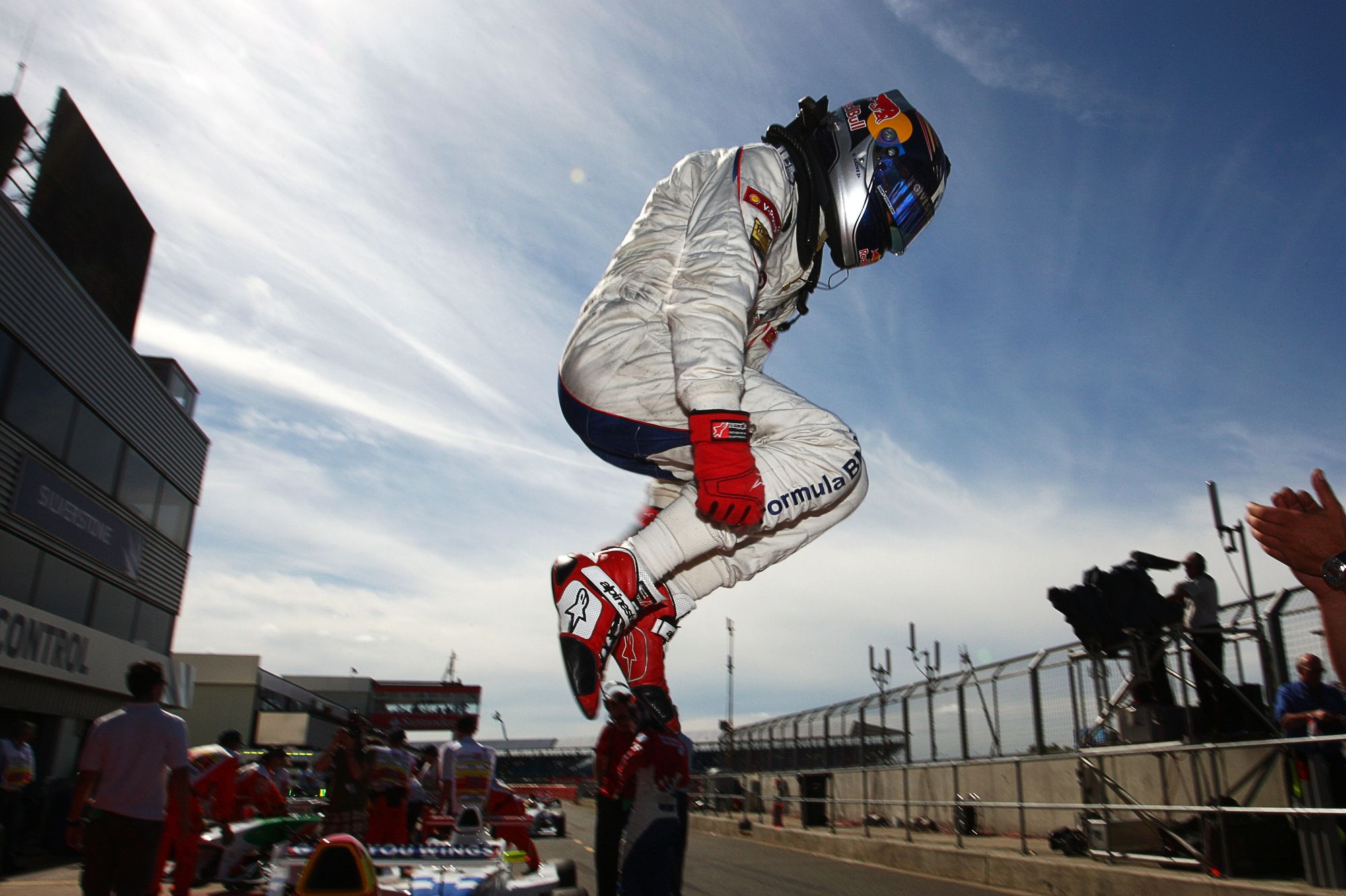 In one of those pleasant motorsport quirks of fate – such as Lewis Hamilton already having experience of winning while effectively running on three wheels from 17 years before his famous 2020 British Grand Prix triumph – Sainz's experience last weekend was also rather familiar.

When asked to give a message to the 123,000 F1 fans that had packed into Silverstone on Sunday, Sainz recalled a particular memory from his junior career.

"Thanks to all of them," he said in response to parc ferme interviewer Jenson Button's suggestion.

"Because you know, Silverstone has been a bit of a special place for me. First ever race win here in Formula BMW, back in 2010. First pole position here, back in 2010.

"And then suddenly, 12 years later I achieved exactly the same but in Formula 1 with Ferrari.

"So, it's a special place for me and I thank the whole crowd for being part of it and cheering me on." Adding to the charm of the tale is that Sainz's memory is a touch muddled – totally understandable in the post-race delight that only he and 111 other drivers have ever felt as first time F1 race winners.

His Formula BMW Europe victory at Silverstone in July 2010 wasn't his first career car racing win, which came eight weeks earlier at Sepang – where Sainz was appearing as a guest driver along with fellow Red Bull junior and future F1 driver Daniil Kvyat.

But he did claim his first car racing pole 12 years ago at Silverstone in the European FBMW division and did indeed convert that grid spot into victory.

However, in another pleasingly similarity to the F1 weekend just gone, Sainz twice lined up on pole back then.

That's because the FBMW round supporting the British GP that Mark Webber would win for Sainz's Red Bull backer had two races and in the first, much as he did against Max Verstappen on Sunday, the Spaniard lost out at the first getaway.

"Eurointernational driver Sainz took pole for just his 13th car race but bogged down at the start and fell behind [Jack] Harvey," read Autosport's report of the 2010 British GP support events. "He fell further back at Village on the opening tour as Dutchman Robin Frijns squeezed his Josef Kaufmann Racing entry past him. Sainz was clearly rattled and left the door wide open at the Loop and promptly dropped behind Facu Regalia's Eifelland Racing machine.

"As Harvey fended off Frijns up front, Junior Championship leader Sainz tried to make amends for his scrappy first lap.

"Sainz caught up with Regalia again and got past him at Brooklands on lap six to secure a podium finish. The two leaders had scarpered, leaving Sainz too far back to do anything about them.

"His mood on the podium revealed that he knew he'd made too many errors and had wasted his pole position."

Back at the 2022 F1 season opener in Bahrain, Sainz called his second place behind teammate Charles Leclerc his "most difficult weekend" with the Scuderia, despite it being Ferrari's best result since Singapore 2019 and proof of its returned title fight credentials.

This reflects Sainz's ongoing strengths regarding self-reflection and fierce desire to improve – evident back as a junior on that 2010 Silverstone podium.

In 2022, he'd struggled to quickly adapt to the subtle brake and power use the F1-75 requires when the rear end gets loose at high-speed, which is something Leclerc has done brilliantly from the off this year. But Sainz has worked with Ferrari to alter his car set-up to get better in this area, where he also spent time working to drive slightly differently. And it had clearly paid off with his near-win at the race before Silverstone in Canada.

Back to the 2010 comparison and just as Sainz didn't waste his second chance from pole after Zhou Guanyu's horrifying accident after the clash between George Russell and Pierre Gasly last Sunday, in the second FBMW race, Autosport reported that "Sainz looked a different driver".

"He made a far better start, although not good enough to prevent Frijns from taking the lead," our report, written by David Addison, continued.

"Instead of the red mist descending, he set about catching the leader and worked his way ahead at Brooklands on lap two as Frijns fell into the clutches of Harvey.

"[That pair battling] allowed Sainz to claim a straightforward win."

Sainz's first F1 was anything but simple.

But as he reflected afterwards in a press conference where he walked in to receive a round of applause from the assembled journalists, "you have it, you have a win in Formula 1", which cannot be taken away.