Video footage of the opening lap of Formula 1’s Belgian Grand Prix has left Ferrari in no doubt that the tear-off that wrecked Charles Leclerc’s race was Max Verstappen’s. Leclerc’s hopes of charging through the pack at Spa-Francorchamps on Sunday in the wake of his engine grid penalty were dashed early on when he was forced to pit on lap three after seeing smoke coming up from his right-front brake duct.

At the stop, where he changed tyres, Ferrari discovered that the problem had been caused by a visor tear-off getting stuck in his brake duct.

This would have blocked airflow to the brake disc and triggered massive overheating. It is something that in the past has been enough to force cars to retire from races.

While tear-off strips are fairly uniform so it is almost impossible to distinguish one driver from another, it is understood that Ferrari examined onboard footage from the opening lap to work out exactly where it came from.

This showed that in the wake of the melee being caused by Lewis Hamilton’s slowing car in the pack throwing out water and other fluids, Verstappen was one of several drivers forced to remove a tear off on the high-speed run from Paul Frere to Blanchimont.

The world champion later admitted: “It was super-hectic, and so much dirt as well. I pulled off my tear off because I barely could see anything just because of the previous sector, like everyone just going on the grass, on the gravel, but we survived without damage.” 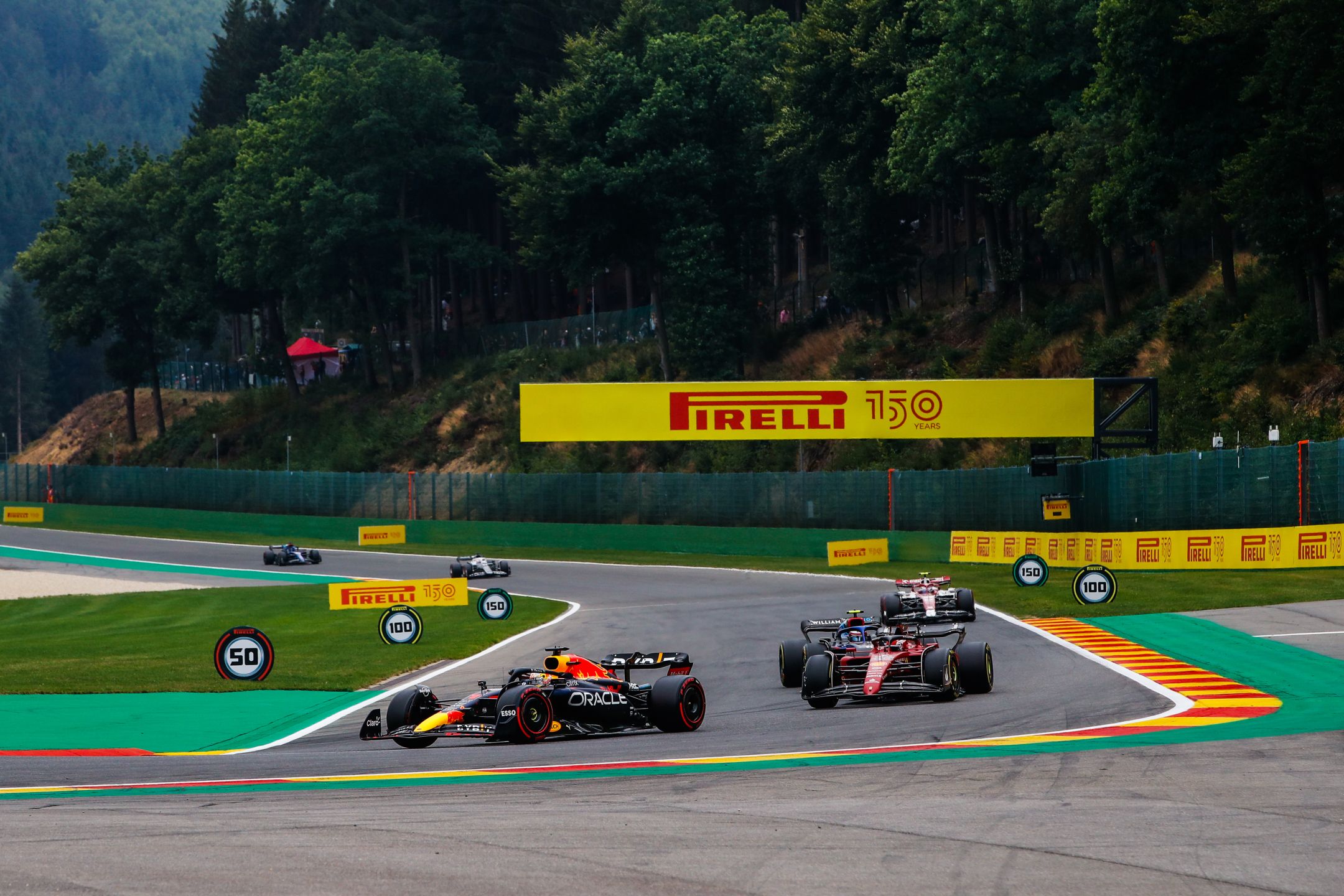 With Leclerc running right behind Verstappen at the time, footage showed that it was the Red Bull driver's tear off that was thrown directly in to the path of the Ferrari driver and got stuck in his brake duct.

Asked by Motorsport.com after the race about the possibility of it being his tear off in Leclerc's car, Verstappen said: “I hope it's not mine. But there was a lot of stuff,  honestly people… they were all pulling stuff out and it's just super unlucky, to be honest, that that happens.

“You're always scared that it happens, especially when you’re in the pack because… especially on a track like this, you are taking them off very quickly. That is your worst nightmare, that these things happen, but yeah, unfortunately they do happen.”

As well as being forced to make an early stop that put him out of sequence in the race, the overheating triggered by the tear-off also ruined a sensor on Leclerc’s car that resulted in him speeding in the pits when he made a late stop to try to get fastest lap.