Vettel had freedom to keep Canada "climate crime" helmet for race
By Luke Smith
Jun 23, 2022 at 11:30 AM
by: motorsport network
Formula Onenews

Aston Martin Formula 1 boss Mike Krack says Sebastian Vettel could have kept his Canada "climate crime" helmet in Montreal for the race should he have wanted to. 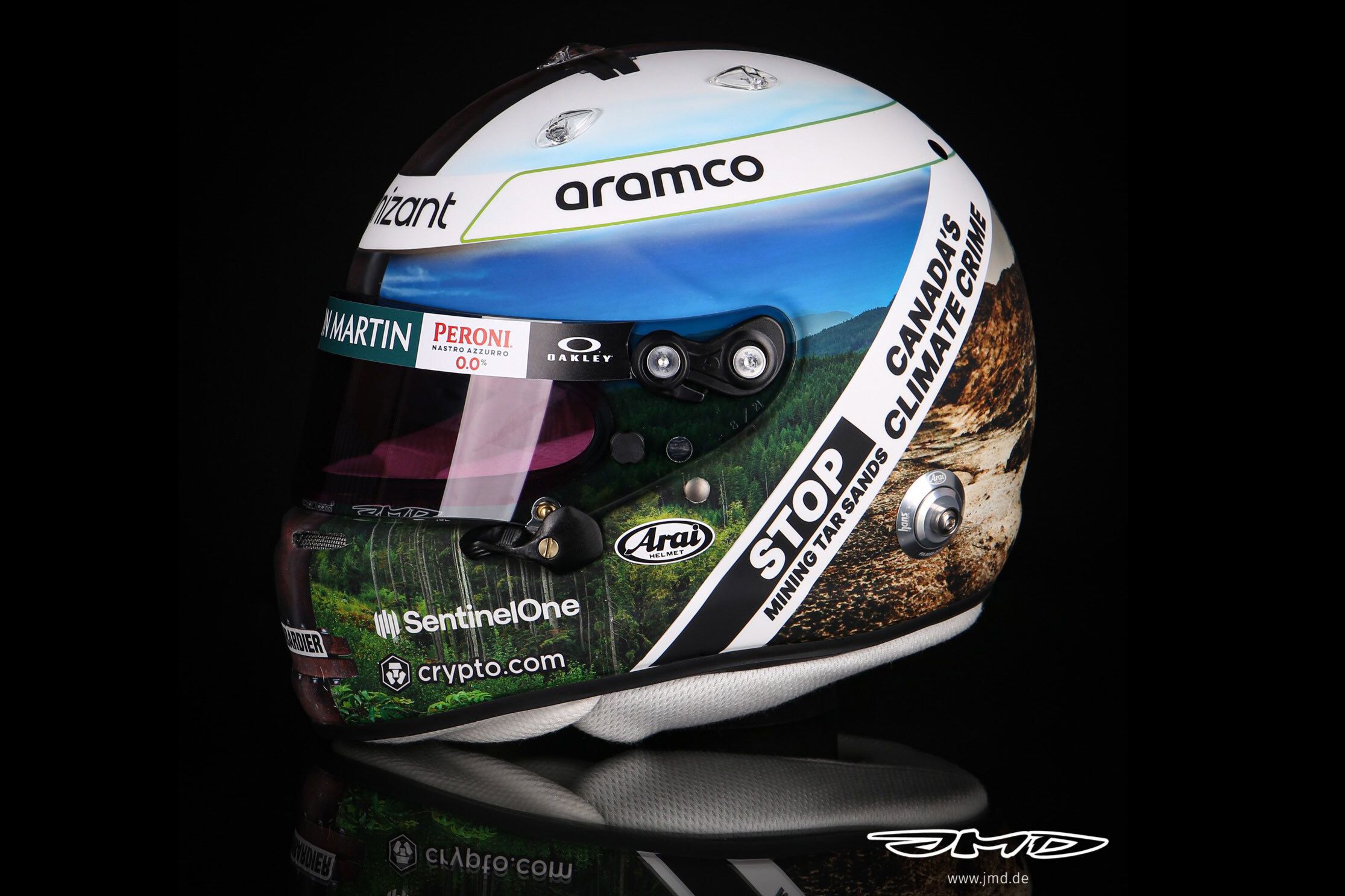 Vettel has been outspoken about environmental issues for a couple of years, often highlighting local problems depending where F1 is racing on a given race weekend.

Vettel arrived in the paddock at the Circuit Gilles Villeneuve on Thursday wearing a T-shirt that read: "Stop mining tar sands – Canada's climate crime", relating to the oil sands operation in Alberta.

This was followed by a special helmet for the race weekend that bore the same message and showed an oil pipeline, which Vettel used on Friday and Saturday.

But for Sunday's race, Vettel reverted to his traditional white helmet with the German flag stripe running down the middle.

It led to suggestions on German TV that Aston Martin - who has a co-title partner in Saudi oil giant Aramco - may have forced him to drop it. But Krack said this had not been the case.

"He wanted to create awareness with the T-shirt and the helmet," Krack said.

"Then at one point, he decided now, the awareness is created, let's say, and that was it, and took it off. He cannot wear the same T-shirt every day. Nor can you!"

Asked by Autosport/Motorsport.com if Vettel could have kept the helmet for the race if he wanted, Krack replied" "Yeah, he's a free man."

It was not the first time this year that Vettel has only worn a protest helmet for part of the weekend. At the previous race in Azerbaijan, Vettel wore a helmet featuring a number of messages relating to climate change for practice on Friday before then swapping back to his normal helmet ahead of qualifying. Krack said that Vettel will typically inform Aston Martin "long before [a race] what he is doing" and then they would "agree how to do it", as seen at a number of races this year. In Miami, Vettel wore a t-shirt highlighting the rising sea levels in Miami saying: "Act now or swim later."

"You have seen in past weeks, it was always mainly a Friday thing or a Friday-Saturday [thing]," Krack said. "He's free to decide. We talk about it."

After running the helmet on Friday, Vettel faced criticism from the Alberta minister for energy, Sonya Savage, who called him a hypocrite over his claims.

"It's right," Vettel said on Saturday in response to her comments. "But what you miss, and I'm a little bit disappointed that politicians or politics jumps on a personal level, because it's not about me, it's about the bigger picture.

"I am a hypocrite doing what I do for a living, or doing what I love. We all have different passions, this is the way I sort of paint my canvas.

"There are solutions for the future to make it more sustainable and not rely on fossil fuels. And the future in that regard looks exciting, but I think it's disappointing that we break it down to a personal level and miss to look at the bigger picture.

"What's really important is the message that we need to make the switch and get out of fossils and start to base our whole lifestyle on renewables. So, I think that's the bigger picture stuff that I'm trying to address."