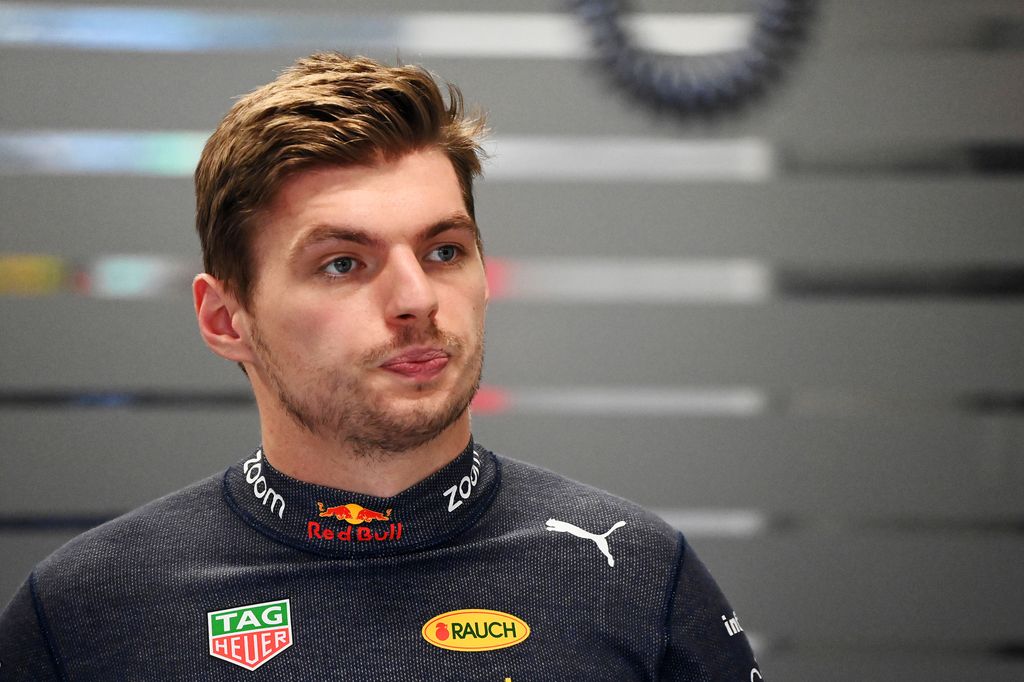 A week on from the Interlagos event, where Verstappen refused to move aside late on the final lap to boost teammate Sergio Perez one spot in his championship battle with Ferrari’s Charles Leclerc, the world champion appeared in the pre-event press conference for the Abu Dhabi Grand Prix after his Red Bull squad released a statement condemning “abusive online behaviour” towards Verstappen and his family.

Verstappen explained that his decision not to move aside “wasn’t about the position” – the Dutchman, running sixth with his 2022 championship triumph already secured, was a focus on questions about why he had not helped Perez – but instead said it came about because of “a bit of a miscommunication” with Red Bull.

“It was about something that happened earlier in the season and I already explained that [to Red Bull] in Mexico,” Verstappen said, as media speculation linked tension within the Red Bull camp to Perez’s crash in qualifying for the Monaco GP back in May.

“The team understood and agreed. We went to Brazil and I just thought: ‘We’re just going to race, try to get the best possible result’.

“And we had a bit of a miscommunication on the Saturday and Sunday – nothing had been said to me about a potential swap or whatever.

“It only came into that last lap that it was said on the radio. They should’ve known my response already from what I said the week before.

“After that race [in Brazil], we had some good discussions – we put everything on the table and everything has been solved.

“In hindsight, we should’ve had that conversation earlier because I have never been a bad teammate to anyone.

“I’ve always been very helpful and the team knows that. I always put the team up front because at the end of the day it is a team effort.

“I think what we learned from that is we have to be a little bit more open and we just have to communicate better to each other.” “But, after that race, I looked very bad in the media. They didn’t have the clear picture. But to immediately put me down like that is pretty ridiculous to be honest.

“Because they don’t know how I work within the team. And what the team appreciates about me. So, all the things that I’ve read are pretty disgusting.

“And also, even more than that, they started attacking my family, they were threatening my sister and my mum, my girlfriend, my Dad – and for me, that goes way too far when you don’t have the facts of what actually was going on. And that definitely has to stop.

“If you have a problem with me, that’s fine, but don’t go after my family because that is just unacceptable.

“But, we move on. Honestly I have a great relationship with Checo.

“But I don’t understand when people don’t have the full picture to immediately start attacking me like that. But, yeah, I hope one day they actually understand what was going on because it’s just unacceptable behaviour [from] so many people.

“Also, in this paddock to be honest, it’s not only fans, but a lot of people what they have been writing about me is just ridiculous.”

When asked by Motorsport.com to explain what had occurred earlier in the season that had left him so upset given his additional concerns about media accuracy, Verstappen replied: “I’m not going to go into detail what that was because that will stay between myself and the team.

“But it’s just incredibly disappointing that while you’re not knowing the full facts that people write so many bad things straightaway.

“I don’t know why that is, but at the end of the day, you contribute to all the problems social media has by writing these kind of things.

“So, like I said before, it’s just incredibly disappointing as well to read these kind of things.

“Because I know how I am. The team knows how I work with them. And I’ve always been good to the team.”

Verstappen was later asked again why he would not set the record straight given his concerns about the media, to which he replied again, “We keep it between the team and myself”.

He added: “But I mean, you don’t know the real story. So, you don’t need to write the story.

“I’m just a bit fed up with all this bullshit just going around all the time. As soon as something negative [happens], it needs to be highlighted.

“It’s pretty sickening to be honest, being part of all that while at the end of the day I haven’t even done anything wrong. It’s just people misunderstood what was actually going on.”

In the same press conference, Verstappen said social media abuse “does get to me” because “you cannot attack my family”.

He added: “When your own sister writes you that it’s getting way too much and you have to do something about it, I think that says enough.”