Mercedes doubts ditching its radical slim sidepod design would significantly improve its Formula 1 performance this year, but is looking at “combinations of different concepts” for 2023. 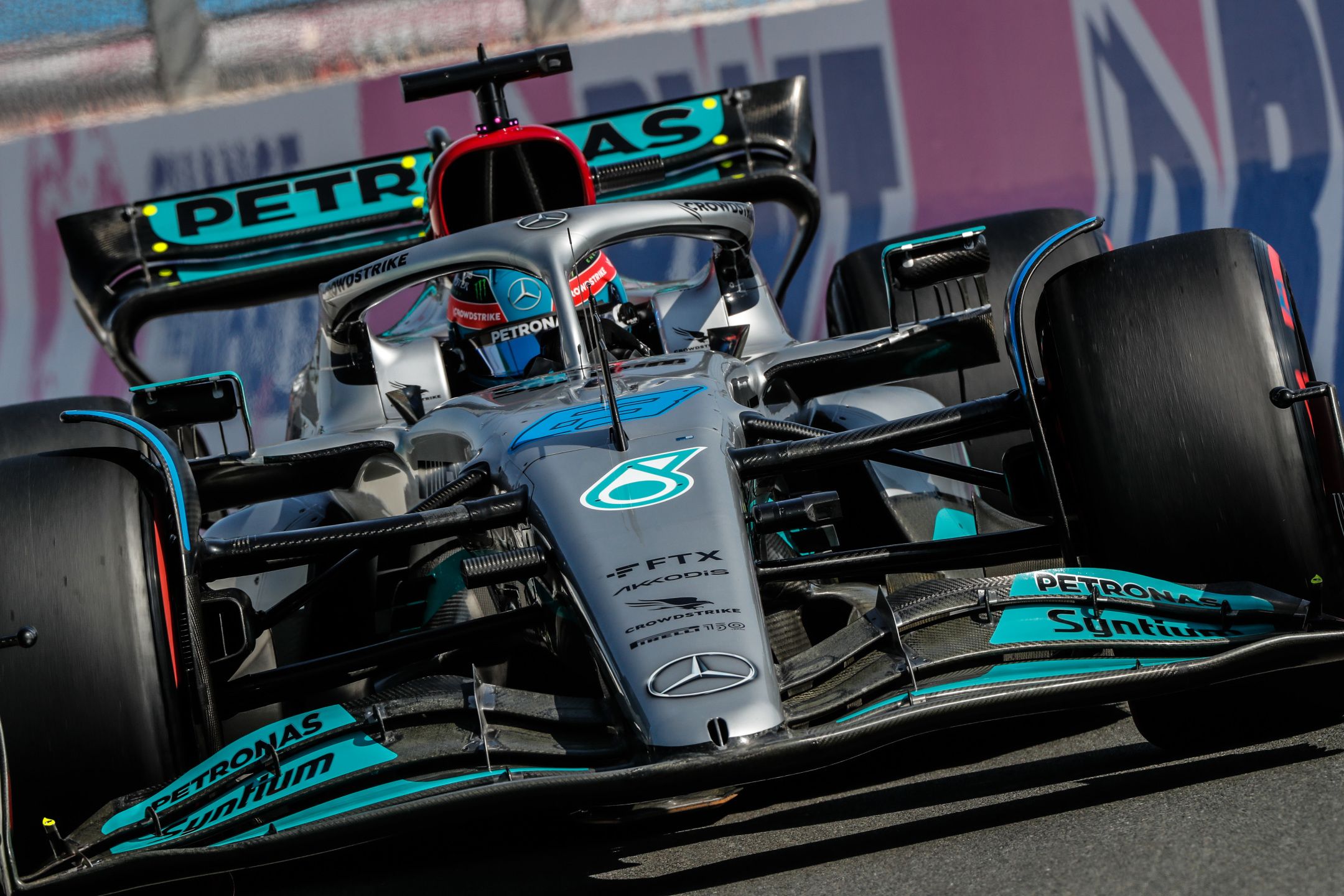 Mercedes turned heads in pre-season testing when it arrived in Bahrain with a super-slim sidepod design, dubbed the 'zeropod', as one of the biggest design diversions under the new regulations.

But Mercedes has struggled to match the performance of front-runners Red Bull Racing and Ferrari through the early part of the season, finishing a race no higher than third.

Most teams have opted to switch to a Red Bull-style concept for their sidepods with updates this year, the most recent being Williams, which now has also switched to a downwash bodywork design.

It leaves Mercedes at the only team running with the slim sidepod concept, but trackside engineering director Andrew Shovlin was confident its struggles were not simply a result of the design route.

Shovlin was doubtful that making a change would notably lift Mercedes' pace, and he did not think there would be a fundamental change in how the car looked this year.

"We don't think that just changing our sidepod will change our competitiveness," said Shovlin during Saturday's FIA press conference ahead of the French Grand Prix. "We're certainly not of that mind, nor are we wedded to saying this is how the Mercedes car must look.

"So from the very early part of the year, we're looking at other teams bodyworks and certainly with a view to next year, looking up and down the grid to see ideas.

"It may be that we don't just take another team's idea. We're looking at combinations of different concepts. It's a gradual process, but I think fundamentally our car isn't going to change appearance massively this season.

"But I'd be surprised if next year's car looks the same." Lewis Hamilton qualified fourth on Saturday in France, but was concerned by the 0.8 second gap to pole-sitter Charles Leclerc and said it was "going to be a while" until Mercedes could fight for wins if its Paul Ricard form persisted.

But he was focused on weeding out the elements of the car that he wanted to change heading into 2023 and "trying to steer that so that at least, hopefully later on this year, we'll get somewhere better, but next year's car is one we can fight with."

Mercedes F1 boss Toto Wolff acknowledged the team still "don't know what works and what doesn't" which was "problematic of the situation".

"So how the car's going to look, I don't know because there's probably more in terms of performance to be found from areas which are under the bonnet or under the sidepod," Wolff said.

"So we shall see. There's nothing in the tunnel that is already giving some indication of where it stands."