Kevin Magnussen believes FIA race control is too easy to influence by drivers after being called in to repair a damaged front wing in Formula 1's Canadian Grand Prix. 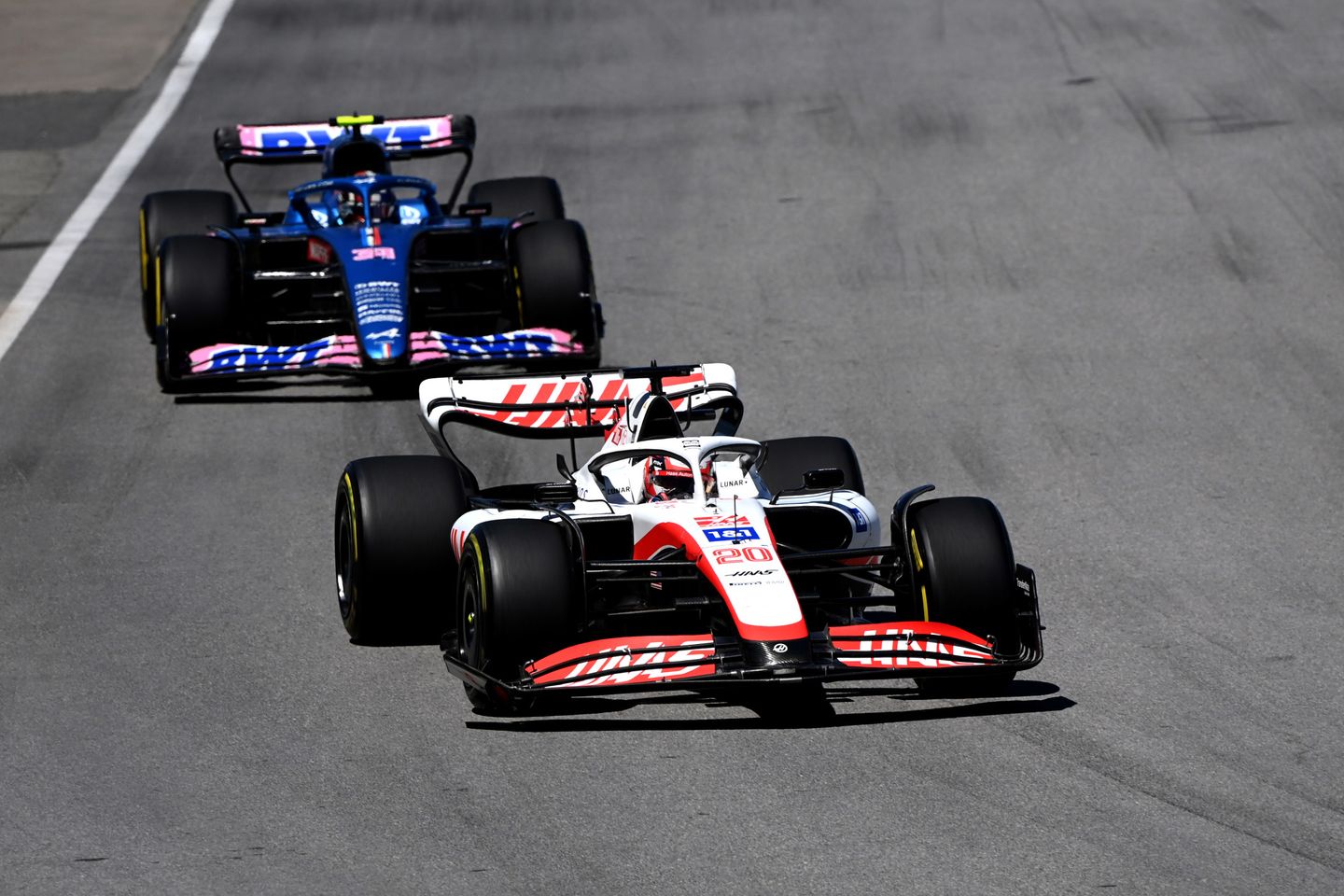 Magnussen started fifth alongside teammate Mick Schumacher after a standout qualifying session for Haas. But his hopes of a strong points finish evaporate after a brush with Mercedes' Lewis Hamilton on the opening lap, which caused damage to his front wing.

Magnussen's right-hand side endplate was dangling off the side of the wing for several laps, which was spotted by the chasing Alpine driver Esteban Ocon.

While Haas reassured Magnussen that the damage had "very little effect", Ocon was of a different opinion. When notified by the team, Ocon said on the radio: "Yeah, I can see it's hanging on, it's going to fall. If he loses it, I'm going to hit it in the face."

Knowing FIA race control would listen in, Ocon was clearly lobbying for Magnussen to get the black and orange flag and be sent to the pits for repairs, which duly happened as he was instructed to box at the end of lap 7.

Afterwards, Magnussen was annoyed at how he thought Ocon had been able to influence race control, saying the Frenchman even came up to him to joke about how he helped get his competitor out of the way.

"I was just talking to Ocon now and he was joking how he told the FIA that it was really bad," Magnussen said. "If you know you can influence the FIA like that, you're going to do it, aren't you? Which he sort of did, and fair play.

"But you've got to let us drive with that shit, it's nothing. I just had a bit of contact, nothing serious. Scratched my front wing a little bit and then was told to pit." Magnussen, who had expressed his concern for race control's inconsistency last week in Baku, says his black and orange flag was another example of how it's hard for drivers and teams to figure out what the rules are.

"The car was fine," he pointed out. "The front wing was safe, it was not broken off.

"Think back to Jeddah last year, Lewis Hamilton won the race with half a front wing, which I think is correct. Let us race if we can.

"It feels like suddenly very different. In Monaco they don't start us because it started drizzling, and then here I'm called in because I have a scratch on my front wing."

Going off-strategy so early ruined Magnussen's race, as the team failed to make an ambitious one stopper on hard tyres work, leaving the Dane to finish down in 17th.

"We tried to do the rest of the race on one set of hards, [which was] always going to be difficult," he added.

"You're still trying to fight your way into the points, you never know what can happen, so you're pushing as hard as you can. Nothing came out of it today, but we'll try again next time."