Do you know what power an F1 engine has, how energy recovery works and what parts teams can replace when? Find out this and more here…

Formula 1 is at the cutting edge of engine technology and its latest power plant is one of the sport’s most complex yet.

In fact, the current engines are so complicated they need to go through a pre-start routine involving laptops, remote operations and a bunch of clever engineers before they can be kicked into life.

What is in an F1 power unit?

First things first, a modern F1 engine is no longer called that, it’s called a ‘power unit’ – and that’s because it’s a hybrid. It consists of a petrol internal combustion engine and electric motors powered by an Energy Recovery System. (ERS).

When introduced in 2014, they were criticised for their lack of noise compared to the popular ear-rattling V8 and V10 monsters of the past, but these are some of the most powerful and efficient power units in Grand Prix history. 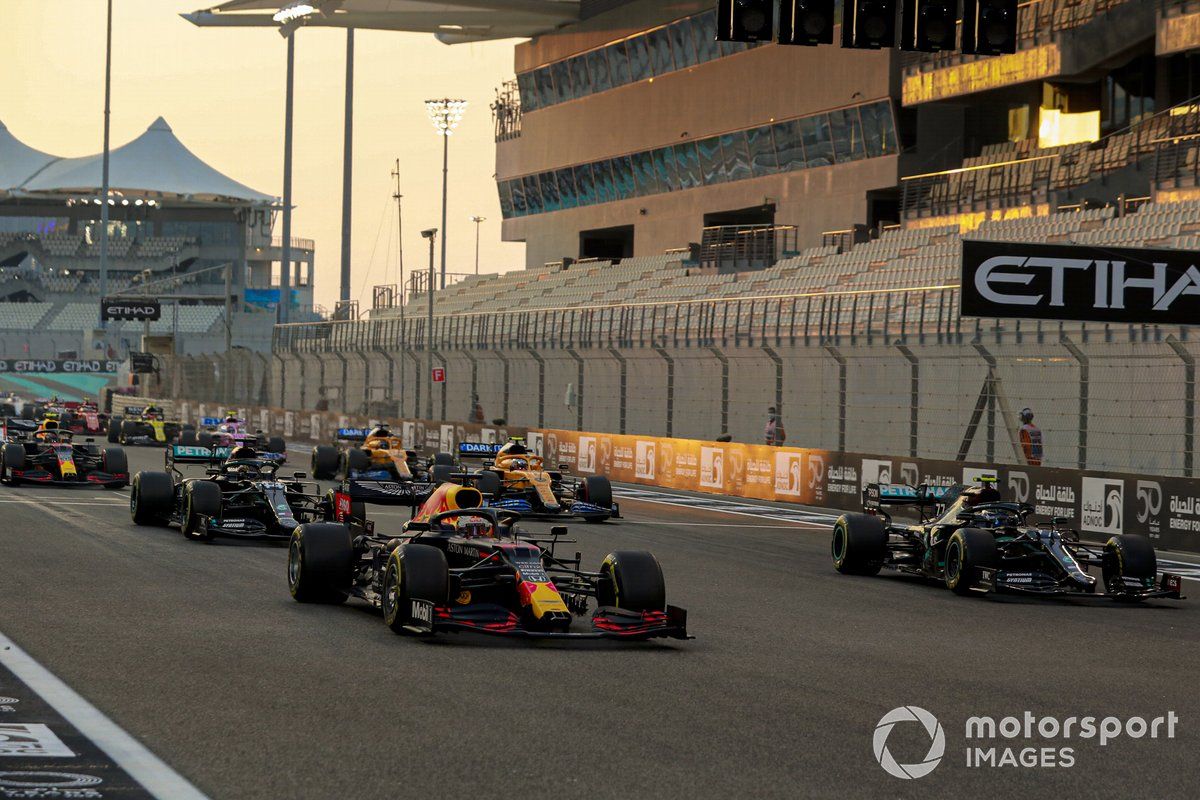 How much horsepower does an F1 power unit produce?

The total power output from the combined petrol and electric elements is around 1,000bhp – significantly higher than a normal road car. The petrol engine runs at 15,000rpm – again, significantly more than a road car.

This all means an F1 car can cover 0-60mph in around 2.6 seconds and top out at around 230mph, depending on the amount of drag it is running. When BAR (which via Honda and Brawn GP eventually became Mercedes) stripped its car of as much drag as possible, it hit 246.9mph on the Bonneville Salt Flats in 2006.

What type of petrol engine does the power unit use?

The engine is a four-stroke 1.6-litre turbo V6. It is designed to a strict set of dimensions and material limitations, with the cylinders arranged in a 90-degree ‘V’ configuration and two inlet and exhaust valves per cylinder.

The turbocharger works by using a compressor to pressure charge the engine. It’s driven by airflow from the car’s exhaust, via a turbine that is connected to the outlet system.

For those who understand engines, the compression ratio for each cylinder must be no higher than 18, the fuel pressure in the injectors is 500barG or below and the fuel mass flow is no more than 100kg/h, scaling down at lower revs.

That fuel mass flow is key – because it basically means the amount of petrol going into the engine is limited, restricting the revs and the power that can be produced and encouraging the teams to design more efficient engines. 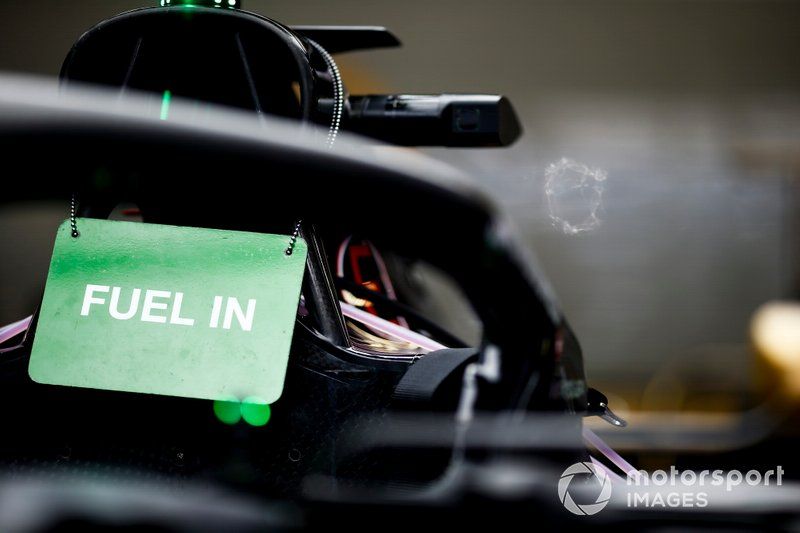 What fuel does it take?

The cars use fuel made up of compounds normally found in commercial fuels, with no specific power-boosting chemical compounds. Nowadays, a minimum of 10 per cent of the fuel must comprise advanced sustainable ethanol.

The cars reportedly go through around 135 litres of fuel during a race, which is said to be a third less than they did with the more thirsty V8s of old.

What does the Energy Recovery System (ERS) do?

The ERS recovers energy from the exhaust and brakes and converts it into electricity to either power the electric motors directly or be stored in a battery for later use as an extra power boost.

The MGU-K (Motor Generator Unit - Kinetic) is an electric motor linked to the engine crankshaft. In regenerative mode, it works as a generator, slowing the car through ‘engine braking’ (reducing the use of the conventional brakes) and producing electricity to charge the battery. In drive mode, it becomes a motor, using that electricity to drive the wheels for extra acceleration.

The system is only allowed to generate a certain amount of energy per lap – about 33 seconds worth of maximum power boost - but it can store double that amount, so a team can be strategic and save and use energy at different times.

The MGU-H (Motor Generator Unit - Heat) is more complicated and is used in combination with the turbo, which itself works by using exhaust gases to spin a turbine that pressurises the engine.

As a generator, the MGU-H provides resistance that slows down the turbo spin – which helps to prevent the turbo creating too much boost at high power – and turns that energy into electricity that is stored in the battery.

As a motor, it is used to keep the turbo spinning when the driver is not on the throttle, reducing turbo lag and smoothing the delivery of power. This is more efficient than the fuel-powered alternatives.

Crucially, electricity generated by the MGU-H can be used to power the MGU-K directly – so it can add to the 33-second limit maximum that can be used from stored energy each lap. That means the more electricity the teams can generate from the MGU-H, the longer they can use their electric power boost.

The whole system, including the different parts and ancillaries, must be no lighter than 150kg, with the storage part making up between 20-25kg of that. 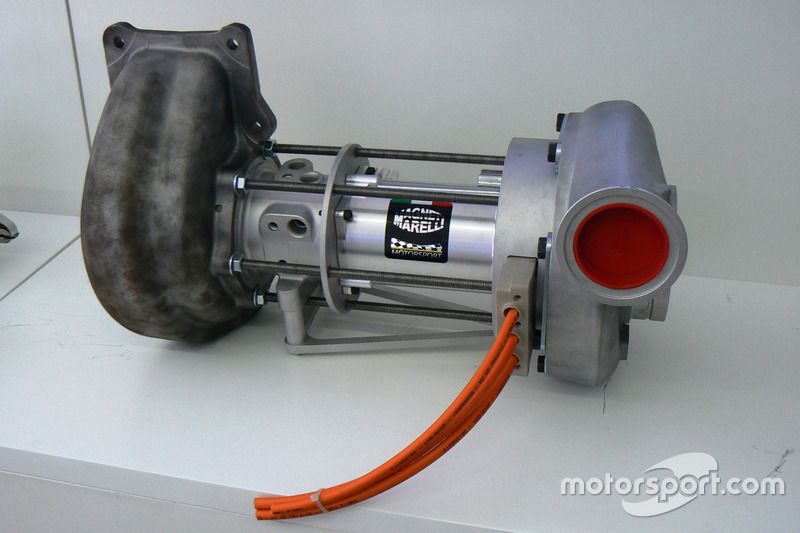 How much power do the electric motors generate?

The maximum power the MGU-K can produce is 120kW – which equates to about 160bhp. To prevent electric powered super starts, though, its use is restricted at the start of the race to until the car has reached 100km/h.

How is that power deployed?

The power is in the hands of the driver – and the onboard computer. Teams develop engine maps set up to deliver the electric power in different ways, and the drivers simply have to choose between them and let the car do the rest.

Is the electric motor dangerous?

The ERS is a seriously high voltage piece of kit. It operates up to 1000V so can give off a very hazardous electric shock.

To reduce risk, high voltage cables are coloured orange and have a voltage cut-off when disconnected. The main energy storage enclosure, MGU-H and MGU-K and all high voltage junction boxes are marked with hazard warning signs.

The ERS can be shut down in several different ways and to show its operating and insulation state it is fitted with status lights on top of the airbox, glowing green when safe and red when not.

In 2019, after retiring from the Bahrain Grand Prix, Daniel Ricciardo was told to “jump from the car” without touching it after the red light came on and his Renault team declared it “electrically unsafe.” Luckily, that doesn’t happen often.

How do they start the cars?

The team need to attach an external starter device to the car to start the petrol engine in the garage, pit lane and on the grid. The engines are fitted with anti-stall systems to prevent the engine cutting out when a driver loses control. 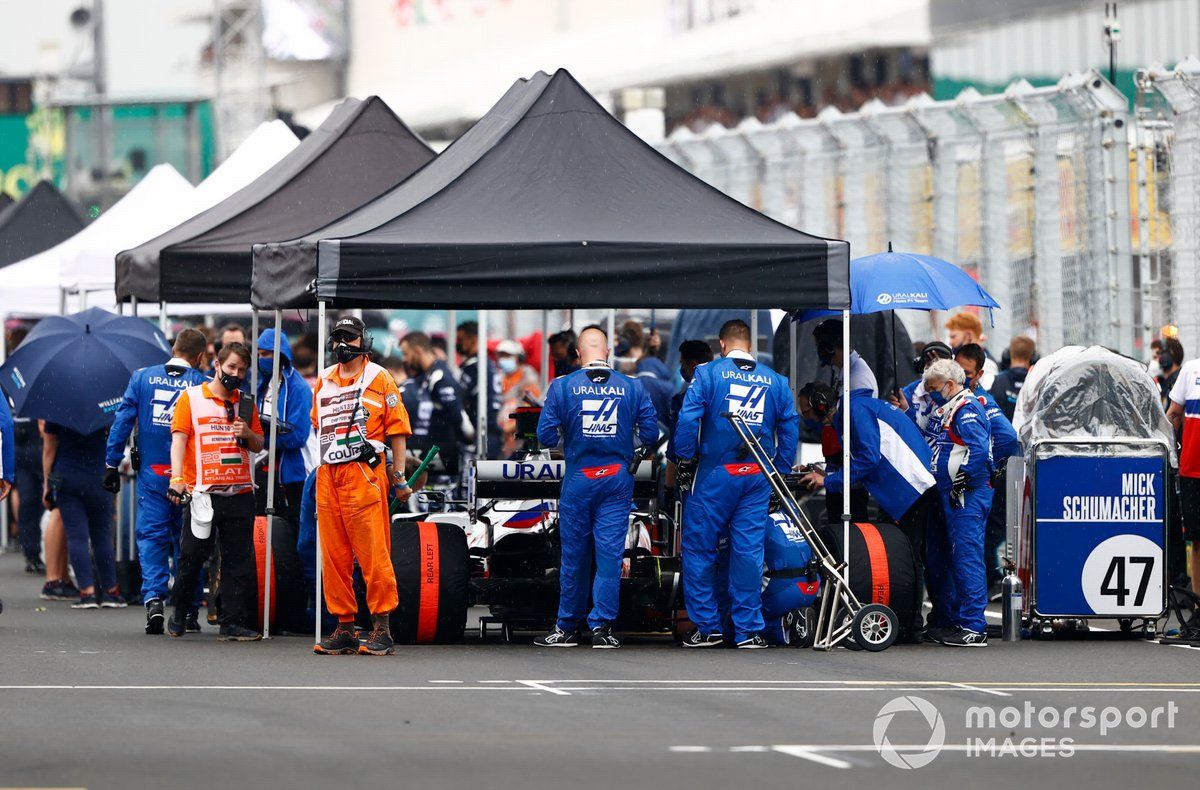 Haas F1 mechanics on the grid

How many power units can a team use in a season?

Years ago there were no restrictions on engine use and teams spent millions producing special ‘qualifying spec’ engines which were tuned up to the max but would only last a handful of laps before revving themselves into submission.

Now, to keep costs down, the number of power units allowed in a season is restricted, with each driver allowed no more than…

- three engines
- three turbochargers
- three MGU-H
- three MGU-K
- two energy stores
- two control electronics
- eight sets of engine exhaust systems
Teams are allowed to go beyond their allocated number but will be handed grid position penalties every time they do – so power units are now built to be more robust than in the past.

How does the FIA make sure the power units are legal?

To minimise the chances of cheating, electrical DC sensors from the FIA’s designated suppliers are attached to different parts of the ERS and there is a torque sensor fitted to the MGU-K.

All cars run the same high-pressure fuel pump, manufactured by a single supplier appointed by the FIA World Motor Sport Council, and two fuel flow metres are positioned in the fuel tank to monitor flow rates.

To keep check on the petrol engine operation, the power output shaft and each driveshaft are fitted with a certified torque measurement system, and pressure and temperature sensors are fitted for the fuel injectors. 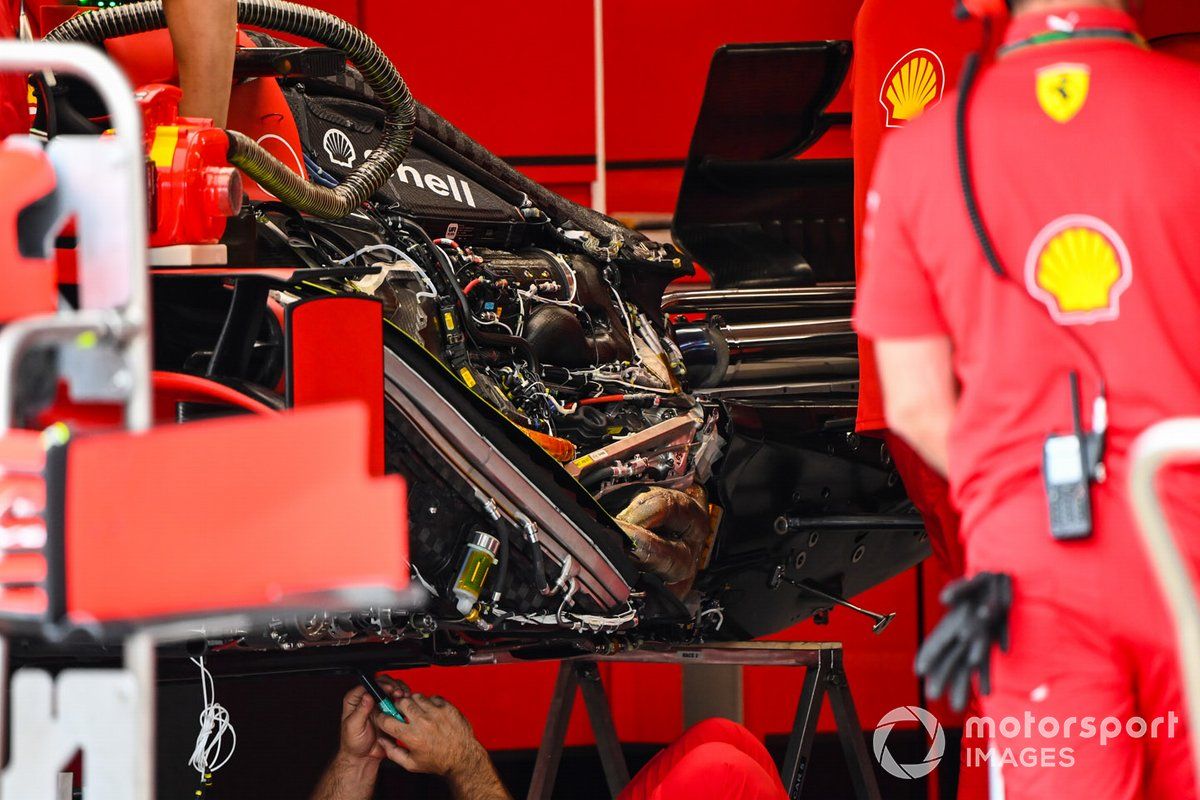 The current units are not going to last for ever – because F1 is already shaping plans for the next generation.

There is now a ‘freeze’ on these designs – which means teams are no longer allowed to develop them. That is to free up time and budget to develop a new different, more industry-relevant hybrid engine to be introduced in 2025.

The new regulations will focus on high levels of environmental sustainability, with plans to use fully sustainable fuels and significantly simplify the design to reduce costs.