Technology never stands still for the Formula 1 teams, and the same goes for the organisation that broadcasts the races around the world. 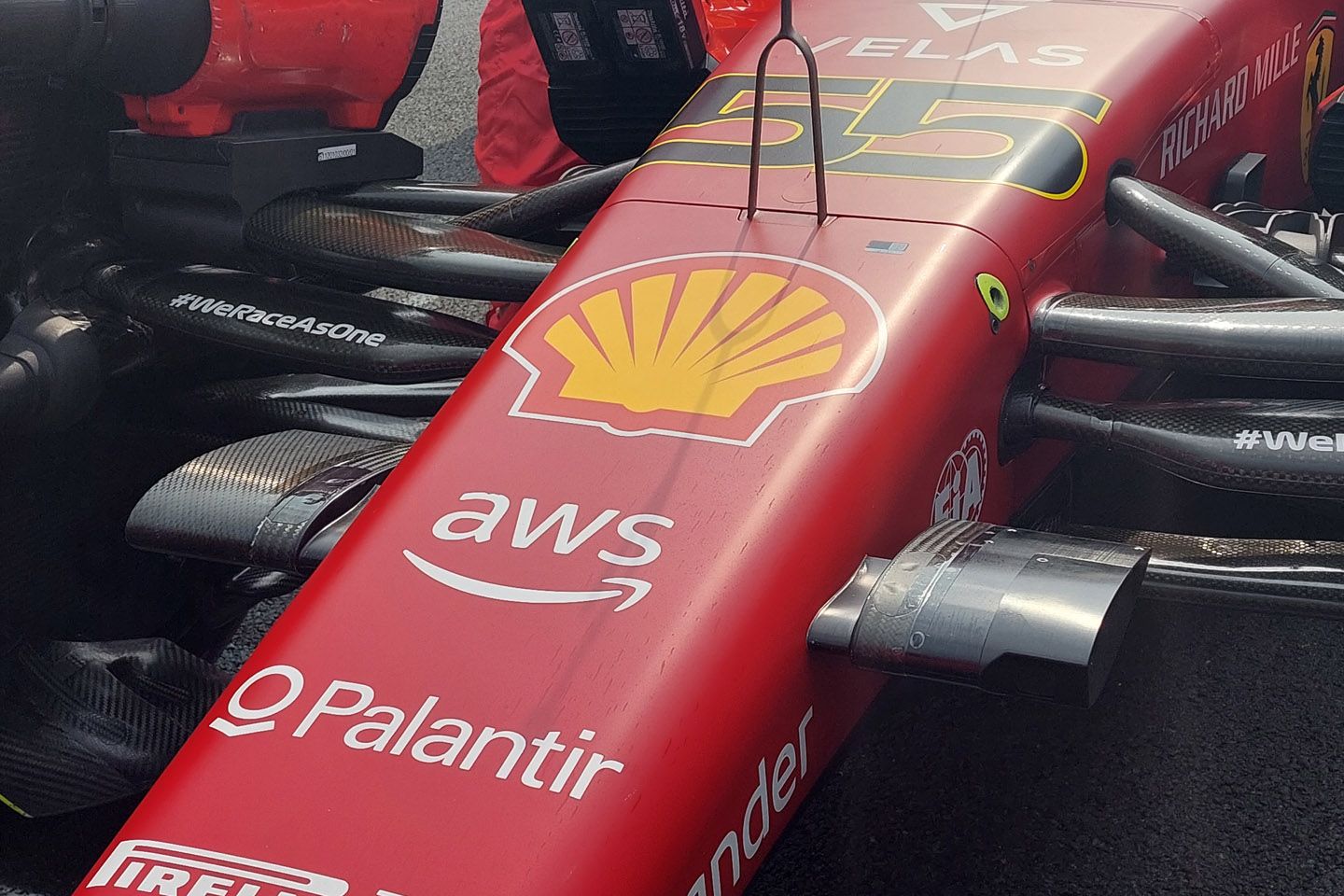 F1's TV department is always looking for new angles and fresh shots. This year has seen the return of the pedal cam two decades after the last experiment, while the Dutch GP opened up an opportunity to try something different in order to give a better impression of how steep the banked corners really are.

The shot was only seen briefly on Saturday and Sunday at Zandvoort, and only on the Ferrari of Carlos Sainz. However, the first F1 outing for a gyro stabilising camera was judged to be a success as the shot tilted when the Spaniard ran around the banking.

“Just look at this new camera we’re trying,” said F1 CEO Stefano Domenicali, who happened to be in the Sky F1 commentary box when the shot appeared in FP3. “I think it’s important for us to try to transmit the sense of speed, the sense of what is really on the track.”

The man responsible for the pictures we see transmitted from the cars is F1’s head of onboard Steve Smith, who has been doing the job for over three decades.

“Stefano and Ross [Brawn] are keen to bring innovation in, new stuff to show that we're not standing still, and moving forwards,” says Smith.

“And so this year we introduced the pedal shot. Eventually we want the 360 camera able to transmit live off the car. Currently it is an independent unit, which records into the actual unit, and then we download the footage afterwards, and then that's used for social media.

“It is our eventual hope that you watch the international feed on TV, supplementing that with an iPad or your phone for watching a 360 camera."

F1 is always open to feedback from fans, but it’s not easy to keep everyone happy.

"I think what happens sometimes is people see something and they write in and say why don't you do that in F1?," says Smith. "And the biggest thing for us is single camera shooting.

“For example, Martin Brundle did a feature on Sky in a Ferrari at Fiorano a couple of years ago. He went out in the car, and they loaded it with GoPros. He did two laps, with three or four different shots. They brought him in, they moved those shots to somewhere else on the car, he did another two laps.

“Then he came in, they removed all the cameras. There were another two laps, and they cut it all together so you can't see any cameras. But it's 10 different shots. It doesn't do us any favours, because then someone says why can't we see that in a grand prix?”

The clear inspiration for the gyro camera F1 tried at Zandvoort was MotoGP.

“Someone wrote and said it would be great if we could see how the banking looks. If you see the car normally, the car's attitude stays with the track

“It's not like a bike, a bike leans over 68 degrees. And that's really impressive. What the bikes do is great stuff. And we found a camera which did the job.”

The gyro camera is the same as those used in MotoGP, and indeed it was sourced from series organiser Dorna. As always with such innovations the next job was to get it on a car.

“We try to do it covertly so it doesn't upset people,” says Smith. “If you go to a team and you say we'd love to try this, the first thing they say is how much does it weigh, is there an aerodynamic penalty, are our main competitors using it? And if you say no, they say well, we're not going to run it either!

“Also what we find is if we have special shots, teams feel like they're losing exposure. And because it's not in its infancy anymore onboard cameras are used to do driver analysis, there are lots of things they use the footage for. So if you use an unusual shot, they're not getting the roll hoop camera, and they like that shot.

“However, we do have the ability to dual stream cameras, so we can transmit two signals simultaneously. We don't do it so much now, but we've been dual streaming the pedal shot.”

The new gyro camera fits into the usual pod on the nose, and there is no weight penalty. Ferrari thus agreed to run it on Sainz’s car in Zandvoort. After some experimentation on Friday it was quietly slipped into the broadcast on Saturday, and then briefly in the race.

“To be honest, if we couldn't have tested it for Zandvoort, it’s a bit of a chocolate teapot,” says Smith. "Because you can't take to Monza and test it, because it's flat! And so we pushed like crazy.

“And if I'm brutally honest, there were a few imperfections in the shot. But we spoke about it, and we decided that this was our last opportunity to do it. We felt that sending it out, the good outweighed the bad."

The new shot went down well, and Smith received some instant feedback: "As soon as it went live to air I could feel my phone vibrating in my pocket, messages were just coming in. Wow, that's good!” The question now is where else can the gyro camera be useful? It was tried briefly in in practice in Monza on top of Lando Norris’s McLaren, with the general idea to see how it would react on kerbs and so on, but the shots were not broadcast.

Undulating tracks like Suzuka and Austin could also be interesting options, but at the moment there are no firm plans.

Meanwhile, F1 continues to innovate. For Austin one can expect to see a roll hoop view with an overhead pedal shot superimposed on the front of the chassis like an X-ray image, showing the driver’s feet at work. The aim is always to provide something that fans can enjoy.

"I hate to say it, because it was me that installed it, but Ayrton Senna's Monaco pole lap of 1990, everyone uses that as an iconic piece of footage," says Smith. "But you're not comparing eggs with eggs. That's the V10, a manual gearbox, and it's Ayrton Senna.

“When you see that lap on YouTube 50% of what people take as vibration is actually break up, because we used to transmit from the car to helicopter, now it transmits from the car to sites around the circuit.

"This gyro camera has the ability to reduce the stabilisation. And so what we may do is experiment with it. I've spent 30 years of my life trying to make them stable. And now some people would like to see them less stable!"