Ferrari has confirmed it has changed the gearbox on Carlos Sainz’s Formula 1 car ahead of the Monaco Grand Prix following his qualifying crash on Saturday. 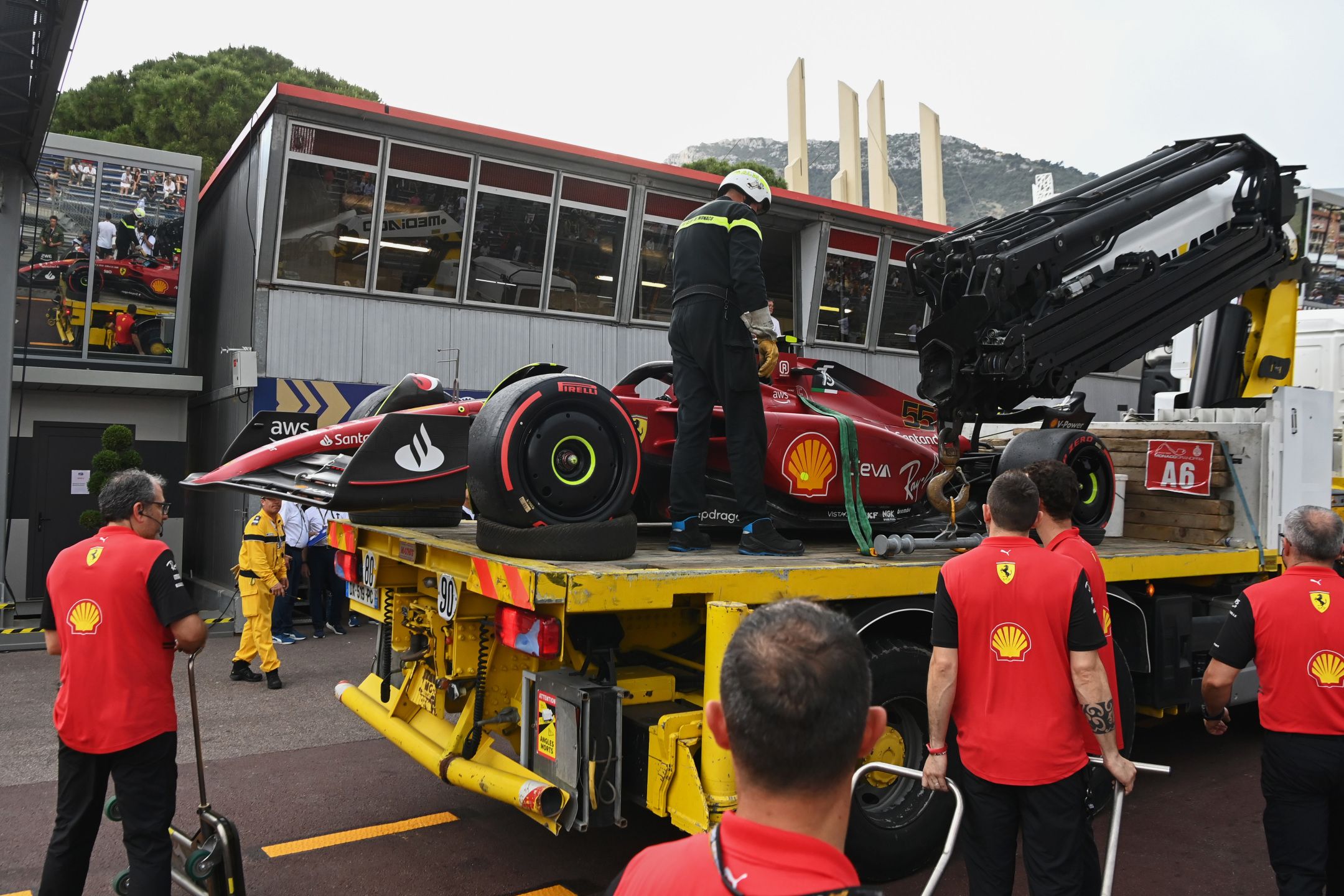 Sainz collided with Sergio Perez’s Red Bull car at Portier in the closing stages of Q3 in Monaco after the Mexican had hit the wall on the outside of the corner.

Sainz came around the corner unsighted of Perez, causing him to crash into the stricken Red Bull and sustain damage to his Ferrari F1-75.

Ahead of Sunday’s race in Monaco, Ferrari confirmed that it has opted to change the gearbox on Sainz’s car as a precaution after assessing the damage sustained in the crash.

“After examining Carlos’ car after yesterday’s crash and given the force of the impact, we have decided to change the gearbox as a precaution,” the team said.

“Naturally, the parts of the rear end that were damaged have also been changed. These changes are penalty-free.”

The move by Ferrari comes after the team saw Charles Leclerc fail to start last year’s Monaco Grand Prix from pole position due to the damage sustained in a crash in qualifying.

Ferrari only discovered a left-rear driveshaft failure on Leclerc’s car when the team fired the car up to go to the grid, preventing the Monegasque from taking the start for his home race.

Unlike previous years where teams were required to make a gearbox last a set amount of races, in 2022, there is a pool of four gearbox cassettes and components that can be used through the season.

It means Sainz will still line up second on the grid for Sunday’s race behind Leclerc, who headed up a front-row lockout for Ferrari on Saturday.

“I just hit the brakes, I tried to do the corner radius as tight as possible, and just as I was going to manage to avoid him, I hit the brake a bit harder and managed to clip his back with the back of the car,” Sainz explained after the crash with Perez.

“It would have been a pretty good save if I would have saved it, but because there was basically no time to save it, but it's what happens in Monaco.”