F1 will overhaul the regulations for its V6 hybrid power units in 2026, placing a greater emphasis on electric power and sustainable fuels as part of the series’ push to become carbon neutral by 2030.

The plans have already successfully brought the Volkswagen Group into F1 through Audi, which will enter in 2026 as an engine supplier. Its sister brand, Porsche, remains interested in making an F1 engine despite seeing its planned partnership with Red Bull fall through.

F1 remains in talks with a number of interested parties about joining the grid in the future. Andretti Global has already stated its plan to establish an F1 team working with US automotive giant General Motors through its Cadillac brand, although this would not involve an initial engine supply.

In the past, one of the biggest hurdles facing manufacturers looking to enter F1 as an engine supplier was the challenge of catching up with those already on the grid.

This was seen most severely with Honda, which joined F1 one year after the V6 hybrid power units were introduced and struggled for performance and reliability for a number of seasons.

Speaking at Autosport International in Birmingham on Saturday, F1 chief technical officer Pat Symonds said that ensuring there was a level playing field for new engine manufacturers was a key goal of the new engine rules.

“We set a lot of high-level objectives with the new regulations, and one of the high level objectives for the ’26 power unit was to level the playing field for newcomers,” explained Symonds.

“The combustion on a current Formula 1 engine is very, very different to the combustion on what I’d call a conventional one. It’s damn nearly a diesel running on gasoline. It’s a very complex combustion.

“It’s not something where if you’ve been designing racing engines for years and suddenly you’re tasked with a Formula 1 engine, it’s quite different.

“So we wanted to level the playing field a bit there, because getting people like Audi and Porsche, Cadillac have raised their head, there are others I won’t name - that’s not a bad thing.

“It’s quite good to have those names in the sport.” 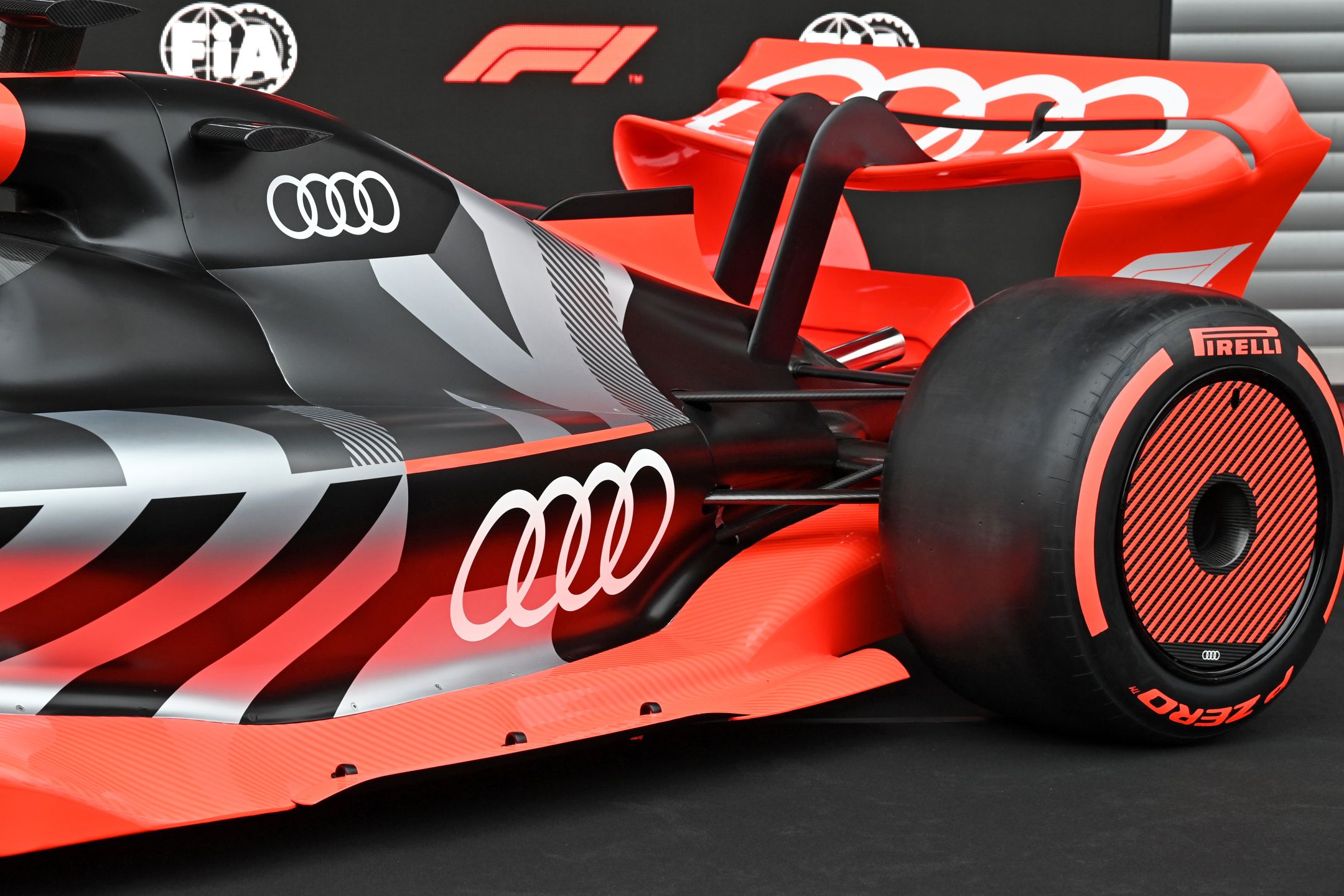 The mooted interest from new manufacturers has coincided with FIA president Mohammed Ben Sulayem moving to start the process to expand the grid beyond its existing 10 teams.

Andretti has been the most vocal party, but scepticism remains from within the paddock over its entry plans and what it would bring to the grid.

Symonds said he would welcome new teams and adding more cars to the grid, so long as they were bringing value to F1.

“There’s no harm having more cars, providing they’re quality,” he said. “We don’t want to go back to the HRT thing of 2011 or whenever it was.

“But the sport is incredible successful at the moment. It’s successful as it is. It’s no wonder people want to get involved, because we’ve turned the sport around in the last five years from being a cost centre to a profit centre, and that’s quite something.

“So I’m not surprised they want to be involved.”