Alpine has won its bid to overturn Fernando Alonso’s Formula 1 penalty in the United States Grand Prix after its appeal against Haas’s protest was successful. 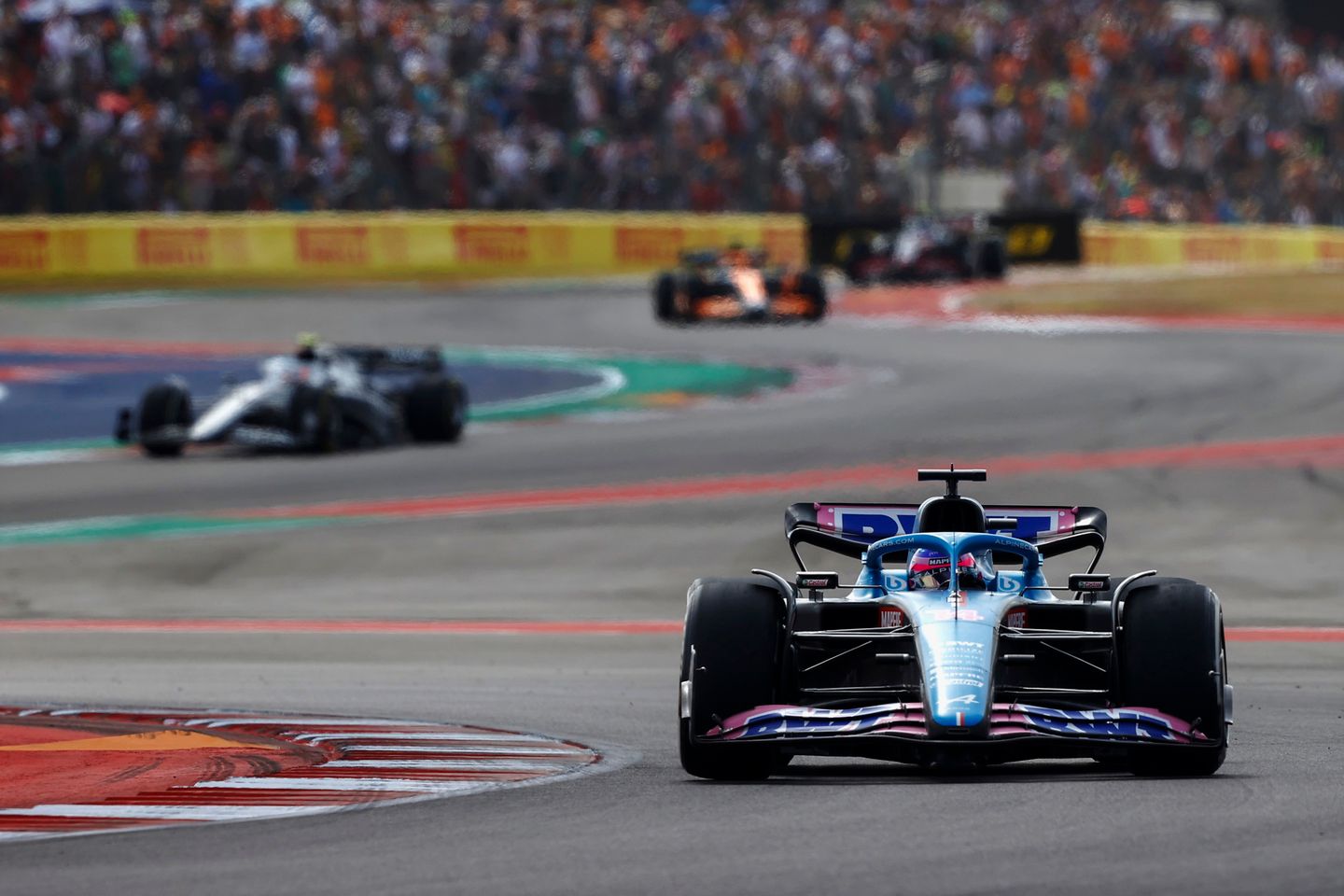 Haas lodged a protest against Alonso’s car following the race in Austin on Sunday on the grounds that his car was unsafe due to a loose and ultimately missing its right mirror, following damage sustained in the crash with Lance Stroll.

The stewards’ agreed with Haas’s assessment and handed Alonso a 30-second post-race penalty, dropping him from seventh to 15th.

Alpine quickly issued a counter-protest, with Alonso saying on Thursday in Mexico that it would create a “huge problem” for F1 if it deemed damaged cars to be unsafe as it would force “50, 60, 70%” of cars to retire.

Alpine’s protest claimed that Alonso had not been informed by race control that his car was damaged, and also argued that Haas had submitted its protest 24 minutes after the deadline. Haas claimed it had been told by the FIA that it had an hour to submit the protest as it was not possible to meet the initial deadline.

The FIA initially ruled on Thursday that Alpine’s protest was not admissible, given the regulations did not permit a protest to be lodged.

This prompted Alpine to ask for a right of review, citing new and significant evidence which was the fact “it was not until 20:53 hrs on the day of the race that the team became aware that the original protest was lodged 24 minutes after the usual 30 minute deadline.”

Alpine also argued that it was not until the hearing on Sunday night in Austin that it found out Haas had been told by race control, again making it a new and significant element of evidence.

With the protest therefore admissible, another hearing took place on Thursday night in Mexico where it was found that Haas could have lodged a handwritten protest within the 30-minute deadline - meaning it was not impossible to have met the requirement of the regulations.

This therefore meant the initial protest was inadmissible, making it null and void, meaning that Alonso returns to seventh place as a result.

Alpine said in a statement that it “thanks the FIA stewards for convening and reaching a positive conclusion on the matter involving Car #14 from last weekend’s United States Grand Prix.”

“The team welcomes the decision made by the aforementioned stewards, whereby Car #14 reinstates its seventh place finish and six points from the race,” said the team. “We look forward to continuing our collaborative work alongside the FIA to ensure the racing spectacle is maintained to the highest quality.”

As part of the ruling, the stewards said they were concerned that Alonso was allowed to remain on-track with his mirror becoming loose and then falling off, and “strongly recommends procedures be put in place to monitor such matters”, and for teams to be informed via radio calls or the black and orange flag.

The stewards added: “We also understand the FIA President has initiated a review into the use of the black and orange flag.”