Albon explains why he held up Leclerc on drying Monaco F1 track
By Adam Cooper
Jun 01, 2022 at 4:00 PM
by: motorsport network
Formula Onenews

Alex Albon has explained why he held up Charles Leclerc for almost a lap around the crucial pit stop sequence for the leaders in the Formula 1 Monaco GP. 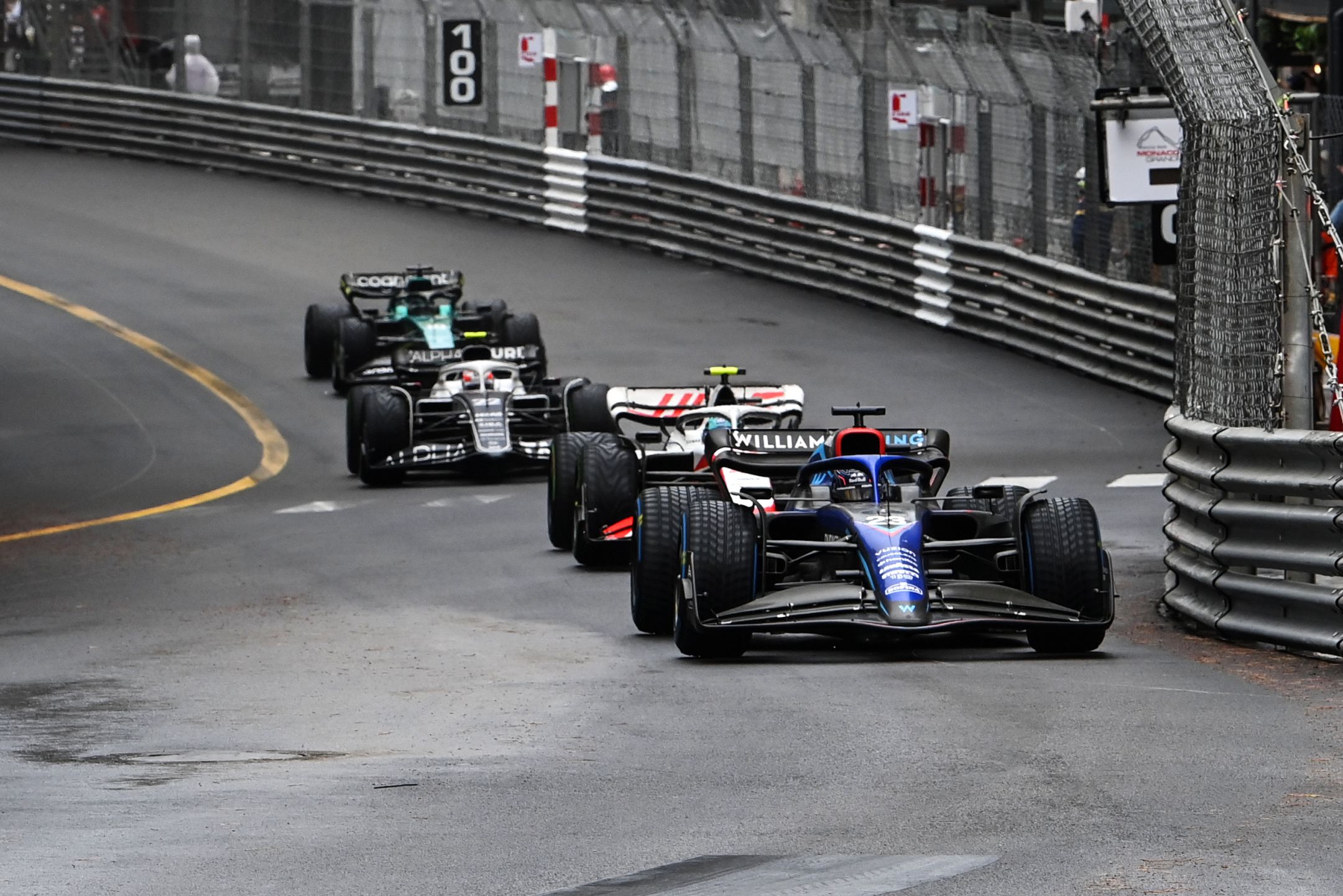 Albon had just switched to slicks while Leclerc had moved to intermediates, and the Williams driver was convinced that he had more pace, and he was thus reluctant to let the Ferrari past.

After a discussion about an early switch to slicks on lap 18 Albon became only the second driver to make the move, following Mick Schumacher a lap earlier.

However he was surprised to be given the hard tyre, saying on the radio as he left the pits, “I didn’t think we were going to go prime. Why are we prime?”

Told it was for mileage he said: “No mate, we spoke about this already.”

Leclerc had stopped for intermediates at the same time and having emerged from the pits he closed in Albon heading into Casino Square.

However the Williams driver didn’t move out of the way and allow himself to be lapped, causing the frustrated Ferrari driver to shout “Come on, what the f*ck!” later in the lap.

Leclerc eventually got past when Albon locked up and went straight on at Ste Devote, having stayed in front for almost a lap.

Albon suggested that he’d been distracted by a radio call asking him to respect the blue flags. Leclerc lost crucial time, and over the full pit stop sequence as drivers moved to slicks he tumbled from the lead to fourth place.

After the race Ferrari boss Mattia Binotto questioned why neither Albon nor Nicholas Latifi – who spent several corners in front of Carlos Sainz – had been sanctioned.

Asked why he hadn’t moved over earlier Albon insisted that on dry tyres he felt he had the pace with which to stay ahead, perhaps unaware that Leclerc was by now on intermediates and not extreme wets.

"It's tricky, because basically, we went out on slicks, and we had a massive pace advantage,” he said.

“But it would take three corners to let him past and then I would have been straightaway quick enough to re-overtake him again.

“And you kind of get into a position where I think, in my eyes for both of us, it was quicker if I'd just stayed ahead, because I would have pulled away from him pretty much straight away. So that's it really. It's kind of one of those awkward situations.

Albon reported to the team that he had flat spotted all four tyres in the Ste Devote incident, and then a rear puncture meant that he was called in for medium tyres just four laps after his earlier stop, dropping him to the back of the field.

Later he received a five-second penalty for cutting the chicane and gaining an advantage on Mick Schumacher.

He then lost a lot of time at the restart after the Schumacher red flag, when he was able to unlap himself but was not able to catch the pack.

He eventually retired after 48 laps with an unspecified problem at the front of the car trigger porpoising.

"Tricky,” he said of his race. “Getting the brakes in the right window was very tricky out there today. We had decent pace in clean air. And then we picked up some issue in the front of the car at the end. So we had to box, so you know, scruffy.

“I think as a whole, as a weekend, it would have been very tricky to score points. But I felt like we were much closer to the midfield, and in general it was a positive weekend.

"Honestly, our pace was good. And I wasn't just driving it like qualifying, I was managing everything and I was feeling strong with the car. So we do have positives, and we know race faces is a positive for us.

"I mean, as bleak as today was, or the result was, I think it's been a step forward for us."