Cassidy “really pleased” by pace on DTM return at Lausitzring
By James Newbold
May 25, 2022 at 4:00 PM
by: motorsport network
Deutsche Tourenwagen Mastersnews

Nick Cassidy says he is “really pleased” by the potential he showed on his first DTM appearance of 2022 at the Lausitzring last weekend, despite only scoring two points. 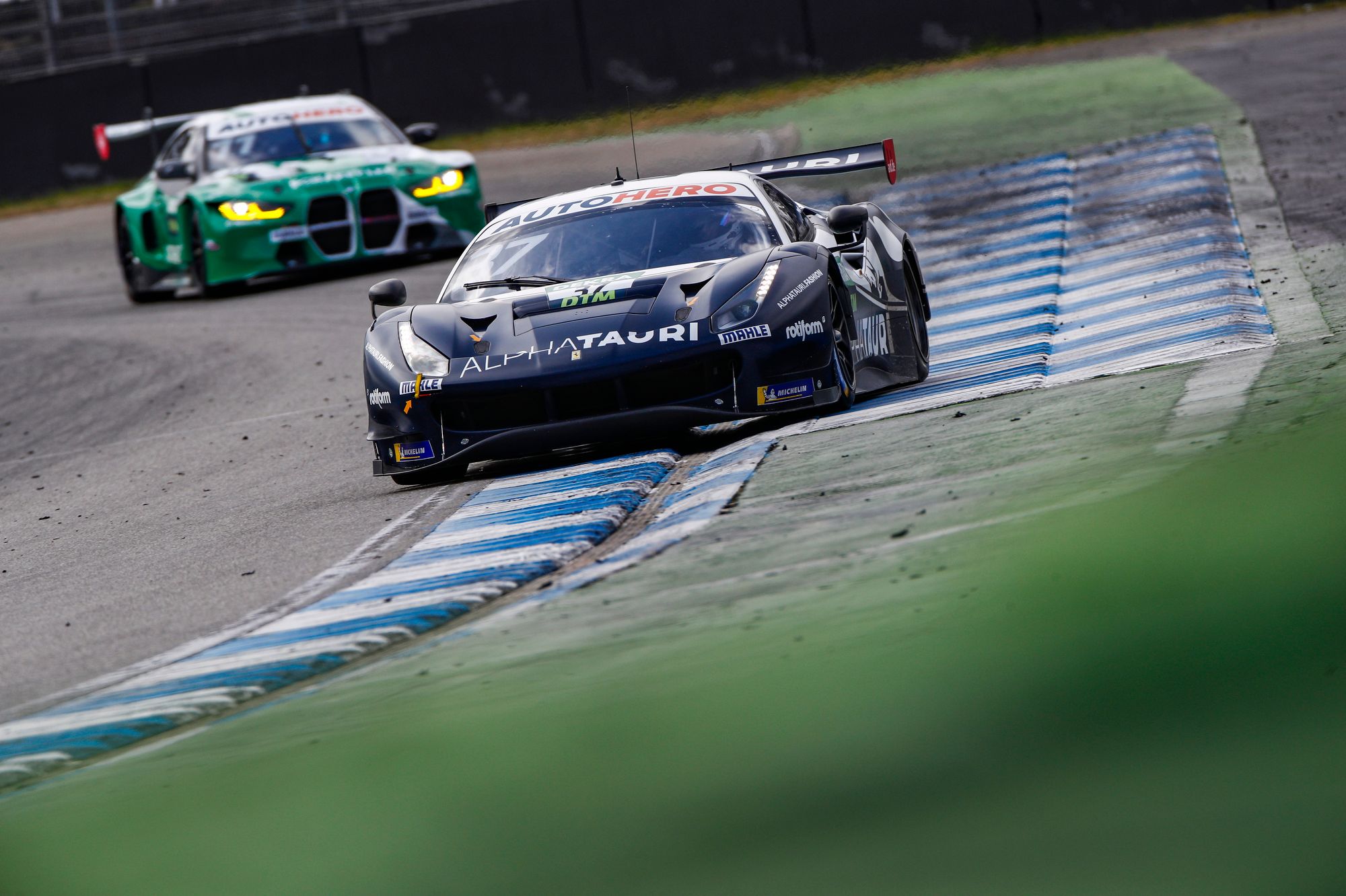 The Envision Formula E driver, who made his DTM debut with the AF Corse-run Red Bull Ferrari team at last year’s Norisring round in place of Alex Albon, was brought into the lineup full-time this year but had to miss the Portimao opener due to a clash with the Monaco E-Prix.

In his place, rally legend Sebastien Loeb finished 16th and 18th in his first GT3 outing since 2013.

On his return to the team for the Lausitzring, 2017 SUPER GT champion Cassidy qualified 12th for the first race and finished ninth after prevailing in a battle with defending DTM champion Maxi Gotz’s Winward Mercedes.

He then qualified seventh for race two and was at the tail-end of a four-car scrap for fourth when punctures put him out of the running.

But the Kiwi professed himself happy with the weekend considering his limited GT3 experience, having shared the car with Loeb for his three days of pre-season testing.

“I just had two punctures on the same lap with about four laps to go, so that sucked,” he told Motorsport.com on Sunday.

“Actually I just had two bolts in my tyres, debris, so not Michelin’s fault, not the team’s fault, just unlucky.

“But to be honest, I’m quite pleased in a way because I felt on Saturday we executed a good race.

“I wasn’t happy with the balance on Saturday and finished ninth. On Sunday I felt like I was in the fight for pole but after the red flag I had already taken the peak out of the tyre and everybody else had that lap still in them.

“Honestly, today felt like we were one of the quickest, we just didn’t get the points.

“But from a personal feeling I’m glad to feel that and even feel like we had more potential than what we showed, so really pleased.

“Here are the best GT3 guys in the world – the field is unbelievable for the drivers in these cars – and they’re in these cars every weekend.

“So as a first weekend, really solid I think from a pace and performance point of view and I hope we can do some good things this year.” Teammate Felipe Fraga was ruled out of Saturday’s race by a puncture, before a dramatic fire in qualifying prevented his participation on Sunday.

The Brazilian reacted quickly by pulling his car off the road and helping fire marshals to douse the flames.

Explaining the incident to television crews prior to the Sunday race, he said: “It was not a big problem, I just run to try to make the fire down.

“And it’s not a hero [act], [trying to save the car] is the job of every driver in my opinion. If their car is on fire, you need to try to help because it’s your equipment.

“Now the car is bad and I’m sorry for the team.

“But it’s still a lot of races until the end and we already showed we have performance and I’m sure in Imola we will be there.”

Speaking to Motorsport.com's sister site Motorsport-Total on Tuesday, Fraga added: “I was not afraid.

“It’s not like a movie, the car will not explode, we know it, but it was bad to see the car in that way, it hurts a lot.

“To be honest it was one of the days I was most sad in my career.

“With the fire it was hard because you see your car, like your baby, getting on fire, it’s many feelings going through your head.

“It’s all the hard work from the team and everything, we know it’s bad, it’s hard.”

Fraga was unclear if he would get a new chassis for Imola.

“They said to me, ‘Man, don’t worry, it’s just a car. We will get a new one if needed’. I would like just to change the engine to be honest. I really love that car.”